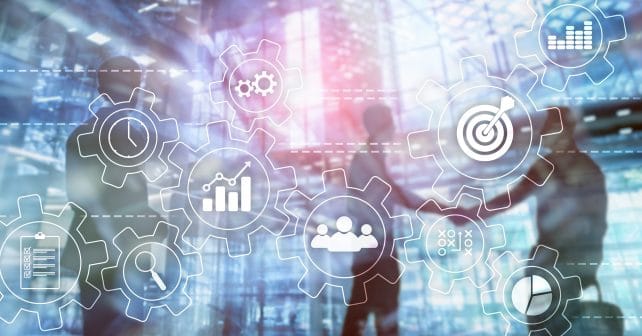 Digitalisation has come a long way from its original premise of simple automation of processes. Firms still need to reduce manual processes and the potential for human error, but they are also looking to leverage tokenization technology and the blockchain, as well as feed data generated in the back office to inform trading decisions. In a recent DerivSource podcast series, we spoke with industry experts from McKinsey & Co, Capco and Torstone Technology about the top trends influencing post-trade digitalisation.

Digitalisation, or digital transformation, is not a new phenomenon in the capital markets. Firms have been looking to streamline operations and remove manual processes and the potential for human error for many years. However, there remains much work to be done, especially on the buy side and among smaller firms, where spreadsheets remain widely used and data sharing between counterparties can range from high-speed FIX connectivity to emailing pdfs at the end of the day.

Digitalising middle and back-office workflows can produce massive efficiency gains and remove duplications in situations where each asset class has its own siloed connectivity solutions and means of communicating with counterparties. Another significant promise of post-trade digitalisation is that data gathered in back-office workflows can be fed back to the front office traders to gain new insights on the real cost of a particular trade and to help them understand the actual return on an investment and the capital and collateral implications of their positions.

Technology is proliferating and firms looking to digitalise their post-trade processes have choices to make between agile new applications targeting specific functions and core platforms that can provide the workflow support across asset classes and multiple functions, says David Pearson, Product Owner at Torstone Technology. “There’s space in the industry for both the FinTechs and much larger scale technology deployments, but at the core, it is going to be a significant investment in the right kind of technology platform,” Pearson says.

The rise of newer technologies

Discussions of digitalisation today go beyond just capturing efficiency gains and must also include the rise of newer technologies and the next big market development, such as digital assets. “There is a whole new universe emerging when it comes to tokenisation. Tokenised assets will not be in the same universe as classic digital assets. It will be based on a blockchain, and the infrastructure around these assets will be new,” says Matthias Voelkel, Partner at McKinsey & Co. Adoption of tokenisation and blockchain is starting to increase in the capital markets after seeing the retail side of the finance industry benefit from the economies of scale to be found with digitalisation, Voelkel says.

Other newer technology deployments include process mining, upgrading legacy systems with microservices architectures or externally provided cloud-based services. Cloud technology is not new to capital markets, but adoption has been slower in the post-trade arena and is starting to catch up now that regulatory hurdles have been resolved and people generally feel more comfortable with cloud technology from a security standpoint, says Amrik Thethi, Chief Technology Officer at Torstone Technology.

Some larger organisations are experimenting with using Robotics Process Automation (RPA) in conjunction with Torstone and experimenting with Artificial Intelligence (AI). Machine learning is also increasingly being used to assist with pattern recognition and decision making, especially in the area of reconciliations, Thethiadds.

A relatively new development is that many applications are opening up their Application Programming Interfaces (APIs) to enable integration between different platforms.

“Every vendor’s product has some level of ability to call into others, which allows firms to create systems that don’t necessarily exist in independence. They can take a bit of this, a bit of that and put them together and create a bigger system and tying that together with RPA and perhaps even AI, they can create a much more sophisticated post-trade environment,” Thethisays.

With the rise of digitalisation comes an increase in cyber risk and regulators are focused on this. Institutions continue to invest into cyber capabilities and defence mechanisms and are much more aware of defending those risks. “In particular, with smart contracts and Distributed Ledger Technology (DLT), it is important to control what those contracts automatically executed at some point, will do. This space is maturing and hopefully we will see the first, large post-trade processing platforms making use of smart contracts as an efficient means of decentral handling of security operations,” says Stefan Schorsch, Associate Partner at McKinsey & Co.

Legacy systems that have been around for years—or decades—doing core processing the way they have always done it are often a key barrier to digitalisation. Some core banking systems are in their fifth decade of operations and in many cases, they do their job in a cost-effective way, at scale. Those benefits might still outweigh the cost of switching to newer technology. “Something is only legacy if you’re scared to change it, or it no longer supports the business you’re trying to run on it. If it’s a mainframe and the software that runs on it is produced by a vendor that supports it, then that’s not a legacy system, that’s just a system.” Thethipoints out. That said, newer technologies are getting easier to create and deploy, and despite the fact post-trade has functioned well during the pandemic, it has focused minds on areas that are still too manual, he says.

Challenges around moving to newer technologies are not necessarily technology related and are often more about connectivity and complexity. “Hooking up to the world’s exchanges and clearinghouses, custodians and so on is harder than it sounds. The underlying financial products that the post-trade world deals with are complex and rely on a lot of data to ensure they make sense and that they work,” says Peter Kennedy, Partner at Capco. “New technology needs to be implemented with care, to ensure it does not introduce problems to the ecosystem. Culture is another issue – agile development is not always easy and it needs commitment across the organisation. These skills are at a premium and harder to find, given they are currently so in demand.”

Thethi adds that a firm cannot be the only one in its network to digitalise, and firms need to be doing it more or less at the same time. “Digitalisation only works if others in the ecosystem also digitalise. The whole industry has to move together.”

The pandemic has been an “unfortunate catalyst” of ongoing digitalisation trends, says Gordon Russell, Head of Asia for Torstone Technology. “Through the pandemic, we’ve seen a lot of organizations thinking, what can I outsource? What can I give to a third party? What is not unique in the way that I operate my business?” he says. Organisations are looking to cooperate around the sharing of technology, working with third parties–be it prime brokers, custodians or technology providers and fund administrators–and trying to slim down their organisations so they can focus more on what makes them unique.

Forced into remote working, firms and regulators have discovered that many things are possible that they previously might not previously have considered, such as remote clearing and settlement. However, forging new relationships—a crucial component of post-trade operations—is difficult in a remote setup. “Once the crisis is over firms will likely return to meeting in person to set up the initial connections and from there the relationships will probably likely be much more digital then in the past,” says Schorsch.

*These comments are based on the Post-Trade Digitalisation Podcast Series with Torstone Technology. The listen to the podcast series or see individual episode show notes pages, please go here