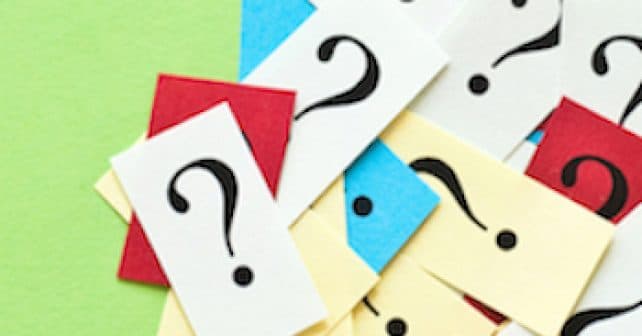 However, following the publication, in April, of ESMA’s MiFID II Review, there will be further changes to MiFID II, including to the Transaction Reporting regime.  The idea of MiFID 2.1 was hard baked into the MiFID directive.  As with MiFID I, it was recognised that the significant changes MiFID II introduced would necessitate a finessing of the rules at a later stage.

In April and May, Kaizen Reporting held three events to brief clients on ESMA’s final report and the changes it recommends on the Level 1 text i.e. both MiFID and MiFIR.

Approximately 250 clients attended our series of webinars on the MiFID Review. We received a great deal of positive feedback on the sessions as well as questions from the audience which we have published below and on the Resources section of our website as an FAQ for the industry.

Will the INTC be replaced by a new code to recognise a firm, what will that new code do?

The aim of the new code is not to identify the investment firm that’s aggregating orders across multiple client accounts. It is to replace INTC (order aggregation account) with what is effectively a grouped order identifier code.

So, this could eventually link the transaction reporting regime with the order record keeping regime which is immensely powerful from a market abuse monitoring perspective. It will be a code that is unique to the firm and can be any code the firm wishes to use but it does need to be unique over time to the aggregated order and the related market-side executions and client-side allocations.

However, we believe it would be more useful for ESMA to retain the ‘INTC’ flag as it is and introduce a separate field/flag for the new code so that firms won’t have to make changes and it becomes more visible where INTC and grouping is taking place. We would suggest the new code to be the order ID of the grouped order which should already exist in firms’ systems for the aggregation of client orders.

Regarding the order ID, will this help the regulator identify combined reporting scenarios where there are multiple fills with one underlying client?

Where you have a single client and multiple fills for that one client, these multiple records cannot be linked by the reviewer because INTC is not used in that circumstance. That is another reason why having a separate field for the grouped order ID would be useful.

2. The SI approach for determining reportability

If you are given an ISIN through confirmation of an FX derivative but are not facing the SI directly, would you deem that as non-reportable even if the ISIN then appears on FIRDS following the RTS 23 submission?

Unfortunately, it is more nuanced than that. You must decide if the ISIN is TOTV. If you trade an FX derivative and that derivative is admitted to trading on a trading venue, then it would still be reportable as it is today. However, if it is only on FIRDS via the SI and you are not facing the SI directly then it will not be reportable. The same will apply to interest rate derivatives.

Is there a database for firms to search and therefore identify if they are trading with an SI? In particular for FX and CFDs.

There is an existing, market solution called SmartStream RDU. If an SI wants to partake, they submit their data to this mechanism but it’s not mandatory and so it does not provide 100% coverage although participation in the scheme is high.  Going forward, ESMA is hoping to create such a database. ESMA wants to have a proper solution with universal and comprehensive look ups, covering all instruments.

3. Removal of the short-selling flag

As the Short Selling indicator is being dropped, will the FCA expect corrections of historic reports where they may have been wrong?

The changes proposed by the MIFIR Review have been published by ESMA and so we are yet to see the FCA’s stance in this regard.

There is a backwards compatibility question. Under EMIR, we had multiple iterations of validations being introduced and changes to EMIR reporting, however, there was no backward compatibility. So, if you were being asked to re-report a trade under EMIR you would have to comply with the latest reporting obligations which is the retrospective application of the rules.

Therefore, with the MIFIR Review, we would recommend raising the importance of backwards compatibility with trade bodies, ESMA and the FCA so that firms aren’t asked to put any new flags on historical reports or to assess reportability based on the revised instrument scope.

In respect of how the short selling flag stands today, the FCA will continue to expect that to be reported.  There’s currently no change on the FCA’s stance on backwards reporting so they’re still asking for 100% of records to be replayed.

4. Scope changes for UCITS and AIFMs

Can you run through the scope changes applied to UCITS management companies and AIFMs – where these are entities within the same Firm group entity (and not outsourced). Will this mean they are brought into scope?

AIFMs and UCITS management companies providing one or more MiFID services to third parties will be required to transaction report.  Activity in relation to their own AIFs and UCITS funds will remain out of scope but reporting activity falling under their MiFID and so called MiFID “top-up provisions” will become mandatory.  This activity is a gap in the current surveillance net which ESMA is looking to close by levelling the playing field with asset managers authorised under MiFID.  Where AIFMs and UCITS management companies are required to report, there remains the option for them to transmit their orders to another MiFID investment firm under an Article 4 transmission agreement which would remove the need for them to make separate transaction reports.

5. Consistency with other reporting regimes

Do the proposed changes create any inconsistencies/misalignment with reporting expectations under other regulations such as EMIR?

Despite some calls to do otherwise, we believe it is sensible that ESMA continues to focus its efforts on harmonising the MiFIR and EMIR reporting regimes, where possible, without attempting to fully replace one regime with the other.  Given the significant differences between the two regimes as to what constitutes a reportable event or valuable information that is captured by each regime, the use of consistent and international data standards, reportable values, formats and methodologies is where further efficiencies can be made. This will naturally reduce costs and also help to increase the accuracy of data being reported.

Will the FCA follow ESMA on the changes resulting from the MiFIR Review?

We think that the selection by ESMA of which proposals to move forward with and which ones to drop has been sensible.  If there is going to be divergence we expect the FCA to consult with trade bodies and then more broadly with firms to ensure everyone has their say.  The FCA will consider the views of firms dual-reporting in the UK and EU and their desire for harmonisation. They’ll also consider firms that solely report to the FCA that may want a lighter touch.  We have to remember that the FCA was the main advocate of transaction reporting in the first place and now relies heavily on these reports.  We think they’re likely to adopt the vast majority of these proposals.  We have yet to see what level 2 changes will be proposed by ESMA.

What is the timeline for when these changes will go-live and how long will firms have to implement the changes?

We know that these proposals still have to go to the European Commission for approval and then to the European Parliament. That will take some time. The EMIR Refit is also happening at the same time and we would like to see an alignment of timings for the EMIR Refit and the MiFIR Review.

In addition, we expect more changes under Level 2 and in the detailed RTS. Realistically, it is therefore likely to be 2-3 years before these changes go-live, and could be up to 3-4 years, so we anticipate it being 2023 to 2024.