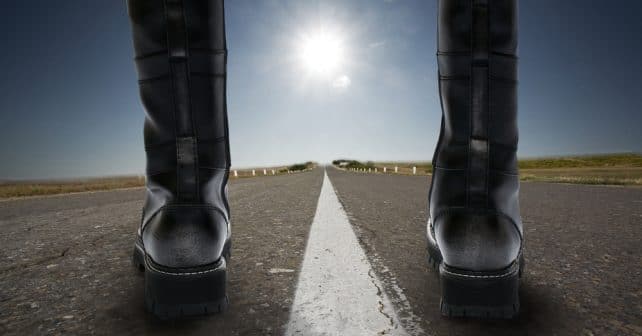 The new year will be dominated by old issues and challenges pertaining to geopolitical change, regulation and the continued rise of ESG and technological innovation. Lynn Strongin Dodds assesses the impact for the derivatives and fintech space.

Although a new year is about to dawn, many of the same trends will continue to play out in the derivatives market in 2020. There will be no respite from regulation or geopolitical tensions while new innovations will continue to make their mark, in addition, environmental, social and governance (ESG) issues will become even more prominent.

On the UK and European stage, Brexit may be “get Brexit done” to coin the newly elected Tory Party’s mantra, but it is only the beginning of a long, drawn out negotiation process and not the end. The recent news that Prime Minister Boris Johnson is hoping to pass legislation that would create a hard stop after the one-year transition period has made market participants nervous. The door is open to extend the talks beyond December 2020 but only if both the UK and European Union agrees.

Brexit is not the only fears circling. The prolonged trade wars between the US and China as well as predictions of a possible slowing global economy are also hanging heavy over the derivatives markets. This helps explains why that for the first time geopolitical and not cybersecurity risks have topped the Depository Trust & Clearing Corporation (DTCC) annual Systemic Risk Barometer.

New regulation, albeit not a new theme, also makes it into the top ten. The legislative map has radically changed over the past 12 years but the 2020 pipeline is particularly chock a block with the Securities Finance Transaction Regulation (SFTR), Central Securities Depositories Regulation (CSDR) and the Uncleared Margin Rule (UMR) the most notable.

As Paul Dobbs, director at consultancy Sionic Global notes, “there is going to be an onslaught of regulations coming in over the next few years with just not SFTR and CSDR due in 2020 but with financial institutions also having to get ready for the Libor transition, FRTB, CRR II/CRD V through to climate risk change regulations (due to come in soon) just to name a few. It is just one thing after the other made worse by the fact that budgetary constraints mean some of these regulatory change projects are left to the last minute.”

He adds that “many of these regulations will continue to be difficult to implement because of the obstacles that many legacy systems have created which unfortunately then leads too many to underestimate the work that is required.”

This is particularly true with the SFTR whose data challenges have been well heralded but still firms will grapple with the magnitude of the reporting task. Slated for April, the legislation requires a granular level of transaction reporting never before experienced in the industry.  It mandates 155 data fields, compared to 129 required under the European Market Infrastructure Regulation (EMIR) for OTC derivatives and 65 for Markets in Financial Instruments Directive (MiFID). Also, the reporting will have to be submitted in a specific format – ISO20022 – to trade repositories for the first time and reconciliation will be required across 96 fields.

Meanwhile, the CSDR seeks to improve settlement discipline with the introduction of mandatory buy-in rules and cash penalties for fails, both also industry firsts.Although then buy-in rules are officially slated to come into force in September 2020, there are reports that the European Securities Market Authority (ESMA) may delay them due to fundamental technical issues with its implementation. They will not be resolved until SWIFT’s annual November update.

Currently, buy-ins are used at discretion by market participants to manage settlement risk in the case of failed trades. Under the new rules, they will become obligations and the payment of the difference between the buy-in price or cash compensation must also be made by the failing trading entity.

“Although there has been a general regulatory push for firms to look in greater detail at the risks they are taking, historically this was focused on the back office,” says Brian Collings, CEO of Torstone Technology. “The CSDR buy-in regime is different and firms should be looking at market failures from the front office perspective. Complying with these new rules will be particularly difficult for the small to medium sized firms who will not be able to address these failures in-house.”

Trade bodies such as the International Capital Markets Association (ICMA) are calling for the rules to be amended. In a recent study, it found that 84% of the 44 respondents polled believed the buy-in regime would be detrimental to the market, with 56.25% suggesting it would ‘worsen’ market liquidity and efficiency and a further 23.13% saying it would ‘significantly worsen’ the trading environment.

The UMR challenge and role of CCP clearing

As for the UMR, many of the larger broker dealers have already been caught in the net and are posting initial margin against their bilateral trades for OTC derivatives. The next wave will be in September 2020 and cover firms that have at least $50bn in uncleared derivatives notional exposure followed by those with at least $8bn of exposure in September 2021. The latter group recently were given a reprieve and had their deadline pushed back a year.

To comply, buyside firms will to have further sharpen their collateral management and technological prowess. However, as a study by margin analytics firm OpenGamma notes,  central clearing may be the beneficiary. It found that asset managers could save up to 53% in initial margin when clearing compared to uncleared margining.

Breaking it down further, a separate report by OpenGamma shows that on a standalone basis, the bilateral margin rules create an extra cost of 0.7bps (30%) over the lifetime of the trade compared to a cleared regime.

Overall, clearing has as intended seen significant growth since the G20 recommendations. In the third quarter alone – the latest figures from Clarus Financial – reveal OTC volumes across all asset classes recorded increased as buyside firms looked to reduce expenses. Interest rate swaps in dollars and euros led the way, with cleared volume jumping 60% compared with the same quarter a year earlier.  Meanwhile credit default swaps (CDS) may have been a distant second place, but activity for dollar-denominated instruments rose by a third.  The report forecasts the trend to continue as fund managers continue to search for cost effective alternatives to bilateral markets for more participants. More on clearing trends here.

Innovation – the rise and role of cloud and DLT

Technology will also remain high on the agenda with financial service institutions looking for the holy grail of end to end integration. “There is a real focus on cost and control, which will continue into next year,” says Val Wotton, managing director, product development and strategy, derivatives and collateral management at DTCC. “Firms will continue to look at which processes they can automate and where they can make investments to their internal systems to improve efficiency. The questions they will be asking is whether to re-architecture legacy systems, which are cheap to run, or build something new, which demands a lot of initial capital expenditure. We also see the industry increasingly looking at mutualised solutions, especially in the post trade processing, including trade reporting.”

Anders Kirkeby, Head of Open Innovation at SimCorp predicts that there will be more migration of incumbent systems to the cloud. “One of the challenges is that organisations tend to have too many vendors providing competing functionality,” he adds. “The benefit of open architecture and APIs (application programme interfaces) is that firms can source the relevant data and build a better overall picture of their investment operations. It is a natural extension of technology and provides better optionality.”

While the cloud is gaining traction, there is also progress being made on the distributed ledger front with the recent partnership between JP Morgan and DLT specialist Baton Systems to develop a DLT-based platform that helps automate derivatives margin payments. The platform integrates JP Morgan’s internal proprietary system, automating and synchronizing existing business processes, which eliminates  the need to coordinate multiple systems, reports and spreadsheets.

There will also be more work done in the settlement arena. “I do not think that distributed ledger technology will be the be all and end all but I think it could have a part to play in swap settlement,” says Brian Charlick, Risk & Regulation Financial Services, CGI. “I think it will allow reconciliations to be done quickly and then move to real time.  The capabilities are there but I do not think banks want to jump into it without scenario analysis testing.”

Russell Rhoads, Head of Derivatives Research at TABB Group, agrees adding that “I do not think we will see anything next year because DLT is a long-term game. I also believe that cryptocurrencies will have a place in derivatives markets. Initially it was a solution looking for a problem but now there is a realisation that they can be used. However, at the moment, I think there are more pressing issues such as regulation and the US Presidential election next year.”

The bottom line will continue to be the main driver. “The screws are getting tighter across many financial institutions and as a result they need to better understand the right technology to implement which will then empower their staff better,” says Dobbs. “Although many people think that artificial intelligence (AI) and machine learning (ML) could eradicate jobs, they in fact enable employees to focus more on the value add and not the highly repetitive tasks.  For example, as banks looks to centralise and standardise their data, they can better apply this data to identify patterns and anomalies which will lead to better decision making in a more timely and accurate manner.”

ESG on the rise

Although technology and regulation will remain dominant forces, Dobbs also expects to see ESG, particularly concerning climate change, come into sharper focus.  Over the past year, Nasdaq which was the first to introduce futures – based on the OMXS30 ESG Responsible index – saw trading reach a record of one million contracts with more than 80% of volume from institutional clients.

“ESG investing has been around for a few years now, but has become a lot more prominent in 2019,” says Dobbs. “Besides the increasing rhetoric of ethical (i.e. ESG) investing, there are concerns around how the physical and transitional risks from climate change risk will impact banks’ balance sheets and the broader economy such as physical assets and financial markets. As a result, there are now multiple working groups in conjunction with both the central banks and supervisors to establish new regulatory requirements. This ranges from governance, disclosures, limits/metrics through to scenario and stress testing.

Although it is difficult to predict the future, as with any near year, it will be those market participants who can leverage the opportunities as well as navigate the risks with these existing and emerging trends.

*Be sure to subscribe to the free DerivSource e-newsletters to get our industry analysis straight to your inbox.