LIBOR Transition: The Slow and Steady March to RFRs 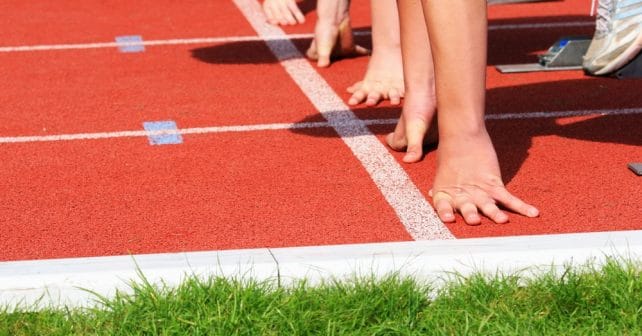 COVID-19 was flagged as an obstacle but regulators especially in the UK are pushing ahead with the LIBOR transition. Lynn Strongin Dodds looks at the progress being made.

As 2021 looms ever closer, the debates and discussions over fate of LIBOR continue amid the COVID-19 fallout. There appears to be a transatlantic split with UK regulators doing everything in their power to make sure they cross the finishing line while those in the US seem more sanguine about the deadline.

During the first quarter, there had been talk that the volatility and uncertainty triggered by the Coronavirus would cause a delay to the LIBOR transition.Some market participants believe that this might have been wishful thinking particularly in the UK. As one source put it, “The Bank of England has dug its heels in so hard, that I do not think they would have backtracked.”

As Murray Longton, a consultant at Capco, says “If you are a UK regulator or a member of the Bank of England’s Working Group on Risk-Free Reference Rates, you have been beating the drum for five years about the LIBOR transition. In that time, we have had MiFID II, Brexit and the Fundamental Review of the Trading Book (FRTB) and if the deadline keeps moving back, then there will always be something new that will come along to take the industry’s attention away. This is why the narrative from the regulators is that the transition will happen by the end of 2021.”

“If you are a UK regulator or a member of the Bank of England’s Working Group on Risk-Free Reference Rates, you have been beating the drum for five years about the LIBOR transition. In that time, we have had MiFID II, Brexit and the Fundamental Review of the Trading Book (FRTB) and if the deadline keeps moving back, then there will always be something new that will come along to take the industry’s attention away. This is why the narrative from the regulators is that the transition will happen by the end of 2021.”

In fact, at the end of June, the UK government bestowed additional powers on the UK’s Financial Conduct Authority (FCA) to ensure that there would be an orderly wind-up  and effective switch to the sterling overnight index average (SONIA), the country’s risk-free rate (RFR) by the end of 2021. There is a recognition that it will not be possible to amend every contract in the next 18 months and that users holding contracts tied to LIBOR need to be protected after the deadline.

Chancellor of the Exchequer Rishi Sunak summed it up in a speech to Parliament – “It is in the interests of financial markets and their customers that the pool of contracts referencing LIBOR is shrunk to an irreducible core ahead of Libor’s expected cessation, leaving behind only those contracts that genuinely have no or inappropriate alternatives and no realistic ability to be renegotiated or amended.”

The FCA, which welcomes having more tools in its armoury said market participants “should continue to focus on active transition, as this is the only way for parties to have certainty about continuity and control over their contractual terms when LIBOR ceases or is no longer representative.”

The watchdog is expected to flesh out in greater details how they are going to exert their influence following further engagement with stakeholders in the UK and internationally. Market participants believe in practice, the FCA will be able to mandate changes to how critical benchmarks, such as LIBOR, are calculated. This would mean that there could be limited use of a so called new-look LIBOR which would continue during a wind-down period in legacy contracts that cannot adopt RFRs.

UK is out in front

The regulatory push is not the only reason why the UK is ahead of its US and European peers on the Libor conversion journey. “SONIA has been around a long time,” said a source from a bank. “It was established in 1986 and several of the big banks have been dealing with SONIA for several years… However, that is not the case with the smaller banks who are not ready. The same is true for clients. For SONIA to be successful, we need to see greater adoption by the end users.”

Bhas Nalabothula, Head of European Interest Rate Derivatives, Tradeweb, though believes that on the derivative front, the percentage of users will increase not just from the UK buy side but also from global hedge funds and asset managers. “The challenge with the US’ SOFR (Secured Overnight Financing Rate) is that is a relatively new index in comparison. We are building liquidity on our side and are seeing more clients trading but the liquidity is still in the dollar LIBOR market.”

Longton echoes these sentiments. “The buy side in the US will have to move to SOFR products sooner, rather than later,” he adds. “At the moment there is not enough active participation, making it more difficult to build liquidity in an untested market.”

Breaking it down, SONIA-linked IRD traded notional surged by 237.4% to $8.0 trn, including $76 bn of basis swap  during the same time horizon while SOFR reported a more modest 68.9% hike,  totalling $280.4 bn, including $135 bn of basis swaps.). Meanwhile, the Euro Short Term Rate (€STR)-linked IRD traded notional dropped by 7.1% to $4.4 bn. The new benchmark was late to the party, only making its debut last October as a replacement to Euro Over Night Index Average (EONIA). However, the Euro Interbank Offered Rate or EURIBOR, which is far more widely referenced than EONIA, will continue into the foreseeable future.

Combined though, they are still a drop in the proverbial bucket compared to the roughly $350 trn of various financial instruments contracts connected to LIBOR.

In the US, the Alternative Reference Rates Committee’s (ARRC) is hoping to move the needle with its recently published best practices setting out timelines and intermediate steps towards transition. For derivatives, the recommendations include target dates for market participants to adhere to ISDA’s upcoming IBOR Fallback Protocol as well as for dealers to promote liquidity and access to SOFR derivatives.

ISDA plans to publish its protocol in July as an update to its 2006 definitions.It will provide a protocol for counterparties to implement robust fallback language for legacy transactions under LIBOR. For example, ISDA’s fallback rate for US dollar LIBOR would be adjusted to SOFR plus a spread adjustment. Based on the results of ISDA’s recent consultations, in the amended 2006 Definitions SOFR will be based on the compounded setting in arrears rate with a five-year historical median approach for the spread.

“Although we have seen a relative increase in volumes, additional liquidity is required,” says Ann Battle, assistant general counsel and head of benchmark reform at ISDA. “If the fallbacks are triggered and apply, it will help create more liquidity in SOFR but it is important that people understand SOFR and how they can use it and not just rely on the fallbacks for the transition.”

At the moment, buy and sell-side firms across the US and Europe are still grappling with the effects of COVID-19. However, given the determination of the UK regulators, many firms based in the country are cranking up their transition programmes. Companies outside the UK are urged to follow suit. They should not only implement the right infrastructure but also have the requisite analytics to build, validate and test the different risk and financial models impacted by the rates change.

“The level of preparedness depends on the types of institutions and the sectors they are in,” says Mark Cankett, a Partner at Deloitte. “Large banks have tended to mobilise quicker and have detailed transition plans versus the smaller institutions or those who are not in main financial hubs. However, as the transition unfolds over the remainder of this year, firms will need to have a handle on their contracts and have digitised them in a format that they can negotiate. They should also upgrade and test their platforms to ensure that they work and can support the alternative risk-free rates.  Another key area of focus is the ability to manage and navigate conduct legal risk as firms move off LIBOR.”