COVID & Derivatives: Market Participants Should Be Braced for a Tumultuous Year Ahead 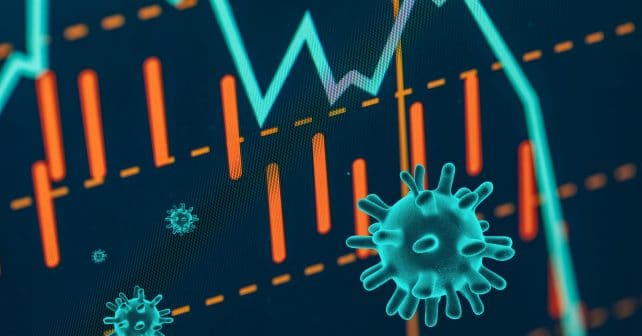 Volatility may have eased, but Lynn Strongin Dodds looks at why derivatives markets will continue to be hit with turbulence and regulatory uncertainty

Along with all other markets, derivatives trading was dramatically upended by COVID-19 and the subsequent lockdown, ambiguity and fear that was unleashed as the virus spread across the world. Volumes spiked, margin calls rose and regulation was inevitably delayed.  Although it is too early to predict the long-term consequences, turbulence is likely to be a feature for the rest of the year.

As Malavika Solanki, Member of the Management Team at the Derivatives Service Bureau points out, “Volatility is here to stay because of the uncertainty over the impact on society, consumer spending and whether there will be multiple lockdowns. There are also concerns over constrained cashflows and potential large-scale defaults, which all feed into the outlook for both the primary and derivatives markets.”

At the moment, industry pundits are in the process of evaluating the political and economic COVID-19 fuelled fallout that pushed derivatives trading to new volume heights. Figures from the Futures Industry Association (FIA) showed unprecedented activity in the first three months. The total number of contracts traded on global derivatives exchanges soared by 43.2% to an all-time quarterly record of 11.41 bn compared to the first quarter last year.

The challenges, most marked in February and March, were highlighted in a recent note from UK based law firm Linklaters. While there were no hard and fast numbers, it commented that the hike in the number of trades failing to clear were mainly due to brokers, clearing members, venues and central counterparties (CCPs) struggling operationally to process the larger than normal volumes which were accompanied by widening spreads and rising intra-day margin calls. This led to some brokers placing limits on the number of orders they accepted from clients or delaying filling the orders to reduce execution risk.

As for margin calls, anecdotally some firms reported a hefty 200% escalation, but a separate study by technology vendor Hazeltree calculated a more modest albeit high 20% plus over February and March compared to historic average margin calls, across institutional clients trading collateralised derivatives.

Views differ though on how well the industry coped. While some believe it proved resilient, others think it could have been more robust. “Although there were many changes put in place since the global financial crisis in 2008 to manage volatility and risk, no one expected such dramatic surges in volume,” says John Omahen, Head of Product Strategy for FIS Post Trade Technology.  “We saw significant level of transaction processing across our client base– between three to ten times more than normal on multiple days. However, although there were delays and trade breaks, I would say that the industry may have bent, but it did not break.”

“Although there were many changes put in place since the global financial crisis in 2008 to manage volatility and risk, no one expected such dramatic surges in volume,” says John Omahen, Head of Product Strategy for FIS Post Trade Technology.  “We saw significant level of transaction processing across our client base– between three to ten times more than normal on multiple days. However, although there were delays and trade breaks, I would say that the industry may have bent, but it did not break.”

Paul Dobbs, Director, Group Risk, Regulations and Capital at Sionic, however, thinks “the infrastructure buckled under the huge volumes. The large volatility swings not only increased the number of trade breaks and failed trades, but client statement delays meant margin deadlines were impacted which then had an impact on funding. As a result, I think there should be a total review of how infrastructure performs under extreme events at both the buy and sell side because who is to say that the next event won’t be even bigger.”

His colleague Xavier Pujos, Managing Partner at the consultancy firm, also believes greater attention should be paid to risk management and modelling. “The models used broke down because prices were moving fast and by steps while risk and valuation models rely on continuous pricing,” he adds. “This makes risk management and pricing much more complicated. The industry has to look at how they can improve these processes and models because the number of extreme scenarios is increasing: we have had more of these events in the past 15 years than in the previous 100 years.”

In many cases, the problems are not new. Legacy systems, disparate processes and manual tasks has dogged the financial service industry for years. “The pressure was already increasing and then the pandemic comes along and puts an even greater strain on systems and operational processing,” says Helen Nicol, Global Product Director, Collateral Solutions at software solutions provider VERMEG. “I think this will push financial organisations to look at greater levels of automation.”

She adds, “Previously they may have cut the manpower and had smaller teams doing more but today there have been huge spikes and companies will have to review their silos and focus more on automation and connectivity between internal and external platforms. All too frequently existing technology infrastructures find it difficult to adapt to rapidly evolving market pressures and regulatory requirements but contrary to popular opinion, it may not always be necessary to do away with incumbent systems entirely, in some cases, it may only require a certain amount of tweaking.”

The same cannot be said for the regulation coming through the pipeline. It was well known that the uncleared margin rule (UMR) was going to be a huge undertaking and there was hope in some quarters that phase 5 and 6 would be completely scrapped due to the complications of COVID-19.

The delay was in response to a letter sent by 21 financial industry associations to BCBS IOSCO and other global regulators asking for the timeline to be suspended.  The group which included the International Securities and Derivatives Association (ISDA), the International Capital Markets Association (ICMA), and the Alternatives Investment Management Association (AIMA) said the outbreak has resulted in a significant delay for both custodians and buy side firms in carrying out heavy onboarding tasks, as well as a delay in legal negotiations between counterparties. The added, that “due to market volatility, firms are avoiding infrastructure updates and may be unable to complete, deploy or test infrastructure needed to support regulatory IM requirements.”

However, even before COVID-19 hit, there were concerns over the level of preparedness. A report by Simcorp last June showed that 62% of the 100 European buy-side heads of operations polled  had yet to start projects for UMR despite having an estimated 12-18 month implementation timeline.

UMR was always going to be a challenge because a significant number of the ‘in-scope’ entities historically have neither exchanged IM, nor have they developed the third party operational and control processes necessary to manage collateral, according to Nick Railton-Edwards, Head of Research at alternative legal solutions provider DRS. “A lot of firms have already set budgets aside for UMR and the extension gives them more breathing space to get their legal documentation in place as well as test and validate their processes, “ he adds.

This ranges from selecting initial margin models to evaluating custody as well as reviewing and selecting vendor offerings.  To date, the vast majority of firms have adopted ISDA’s Standard Initial Margin Model” (SIMM), because it takes into account the offsetting risks in a derivatives portfolio, and is seen as more efficient than the table-based internal method.

Looking ahead, countries may be slowly re-opening and markets have seemingly calmed down but the derivatives industry is not complacent. It is preparing for further spikes ahead until the virus roadmap, treatments and vaccination prospects become clearer.