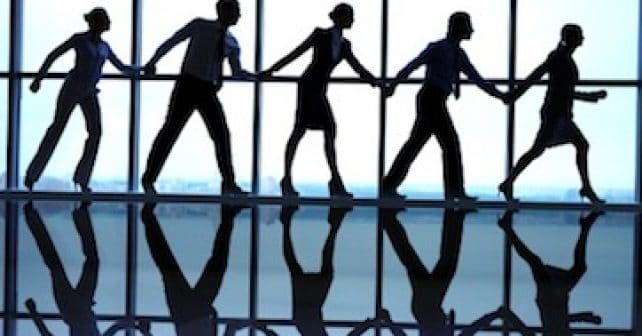 Lynn Strongin Dodds looks at the impact of UMR on the final 5 and 6 constituents and the collateral solutions that market participants (sell-side firms and custodians) are providing to address the challenges.

Although the next wave of entrants impacted by the Uncleared Margin Rules (UMR) were granted a bit more breathing space to prepare, the challenges of implementing collateral management solutions should not be underestimated. Custodians, vendors and sell-side firms are rolling out solutions to help ease the pain, but these are relative minnows who also need the requisite internal systems and infrastructure in place to comply.

UMR, which involve the mandatory exchange and segregation of initial margin (IM) on non-cleared derivatives trades, was always going to be a massive undertaking for the smaller players who did not traditionally exchange IM in the past. This was less the case for the sell side and larger buy-side firms who were in the first cluster of four which covered those with an aggregate average notional amount (AANA) greater than €3 trn followed by €2.25 trn, €1.5 trillion and €750 bn.

Firms farther down the Average Aggregate Notional Amount (AANA) ladder were expected to follow suit this year but the Basel Committee on Banking Supervision and International Organisation of Securities Commissions (IOSCO),the umbrella group for global markets watchdogs, decided to split phase 5 and extend it over two years to  give market participants as well as  national authorities more time to prepare.

The current state of play is firms with an AANA of more than $50 bn will have to be at the finishing line by September 2020 but those with an AANA of over $8 bn will now be in phase 6 and have one extra year – until September 2021 – to get their operational houses in order. Although there are exemptions, UMR impacts interest rate, credit, FX, equity and commodity derivatives.

While calculation challenges have often hogged the limelight, the attention is increasingly turning to the collateral hurdles that will have to be overcome. There range from the legal documentation to margin call communications, IM reconciliation and a choice of collateral segregation options – triparty or third party, just to name a few.

“UMR is the most fundamental change for buy-side firms in terms of collateral management,” says Fergus Pery, Global Head of Collateral Management Services at Citi. “Phases 5 and 6 involves many firms who have not been historic users of initial margin and who keep their assets with a global custodian.  For some firms the pain of collateral drag will no longer be sustainable and I think we will also see a shift to clearing from firms who have delayed the migration of their bilateral OTC book.”

Paul Dobbs, Director at Sionic Globalalso points to the operational issues. “The incoming phases 5 & 6, will move from in scope firms of approximately 50+ firms to over a 1000 firm requiring a redesign of processes to enable these firms to manage this sudden increase in activity,” he adds. “As a result, the volumes of these instructions will change dramatically from a few dozen per day to potentially thousands, creating a broader challenge for the industry as a whole. Challenges are further hampered by the fact that these UMR will go through either a tri-party agent or third-party custodian, both which may have different operating models, meaning slightly different processes that support them as well.”

He notes that additional problems could also possibly arise is if counterparties use different venues or even if one counterparty looks to pledge into a tri-party agent versus the other pledging into a third-party custodian. “However, it is important to highlight that these challenges will be of different magnitude for participants in scope,” he adds.

As with many things, size, resources and activity will be the key determinant. “I think those that have a more complex set of collateral with frequent substitutions may benefit from adopting the tri-party model while others with a fairly simple set of collateral and infrequent moves will pledge assets via third party, says Pery.”As an alternative to moving their assets to a tri-party platform, firms can continue to  keep their assets in a Citi custody account, for example, and use Euroclear’s tri-party calculation service to automate the collateral selection so as to get the best of both worlds.”

Judson Baker, Senior Vice President and Derivatives Product Manager at Northern Trustthough points out most buy-side firms tend to use one primary custodian and the use of a third-party agent for many may be “overkill.”

Tri-party agents are well established, having cut their teeth in the securities finance world. They are seen as a more expensive proposition than the third-party model. Their offering comprises receiving and matching client instructions across various types of transaction as well as valuing collateral assets and calculating net exposures. They also are tasked with real-time selection and allocation of collateral allocation from the available collateral inventory as well as event and substitution management.

The third-party structure involves counterparties first agreeing the IM call amount and then the collateral to be pledged, before instructing settlement to the custodian. It may be a cheaper route but firms have greater responsibility in that they have to crunch the numbers in terms of the amount of additional collateral required, select an asset, verify collateral eligibility, apply haircuts, value collateral and manage the optimisation process.

Whichever route they will take or part of the market they hail from they can rely on their custodians, brokers and vendors to help them address the many moving parts of the UMR. For example, according to Baker, Northern Trust, which focuses on margin segregation and collateral management, has recently expanded its collateral management capabilities and launched a new regulatory initial margin segregation service. It aims to deal with key aspects of compliance for asset managers and institutions investors, such as undertaking industry-standard electronic settlement messaging and providing advanced collateral reporting.

In addition, the US-based firm has partnered with AcadiaSoft to provide an outsourced solution for collateral optimisation calculating clients’ initial margin obligations, issuing margin demands to clients’ brokers, and determining if and when margin is to be transferred.

AcadiaSoft also acts as a central repository for calculating initial margin, enabling market participants to use the utility as a single point of contact through which to conduct their messaging and risk calculations. “AcadiaSoft firm is in a unique spot,” says Baker. “Broker dealers do much of their risk calculations in-house but this is a big service to the buy side. Their centralised initial margin model enables banks to get together on the platform and eliminates all the noise that can cause disputes.”

JP Morgan, on the other hand, has recently joined forces with Baton Systems to develop a Distributed Ledger Technology (DLT) – based platform that helps automate derivatives margin payments. The objective is to provides an end-to-end automation of the margining and collateral workflows that provides full visibility of the asset flows between the US based broker and clearing houses, with complete audit trails and real-time notifications.

In the past there was very little visibility in near time of the margin calls and the most automated part was in messaging and not mobilisation of assets, according to Arjun Jayaram, CEO and Founder at Baton Systems. He notes it involved a lengthy process of margin calls, posting collateral – one line at a time – and then sending and receiving the collateral from the clearinghouse. “What took around 12 to 15 hours, now takes under 3 minutes,” he adds.

Citi has also been busy and over the past 18 months has invested significantly in its collateral management operations including migration to a fully cloud based architecture. The banking giant recently launched Citi Regulatory Initial Margin Calculation Service to help the phase 5 and 6 firm.  The service will allow buy-side firms to go from estimating their future collateral levels to efficiently monitoring their requirements and operating full daily initial margin calculation and reconciliation. The firm is also developing a collateral analytics solution to help clients optimise funding costs, and has a full front-to-back regulatory initial margin offering which includes both collateral and custodial services.

Those on the smaller end of the scale -at the $50m threshold — may also be able to avoid being tied up by the regulation altogether, according to collateral management technology provider OpenGamma. A recent studyconducted by the firm of 300 firms in the last two phases found 74% of asset managers could optimise their portfolios to trade certain derivatives that are ‘free of margin’.

“No investor wants their managers tying up unnecessary capital that could be used for generating returns. The $50m threshold was created by regulators in an attempt to avoid unnecessary operational costs on smaller firms and asset managers should be using it to their advantage,” said Peter Rippon, CEO, OpenGamma.“With the right analytics, our study shows that the majority of asset managers pulled into the next phases can identify which trades to move not only to make better use of the threshold, but to significantly reduce the amount of margin they post or eliminate it all together.”