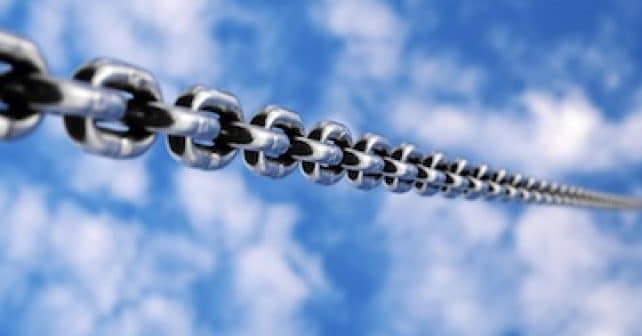 As various regulations take effect and force financial institutions to get a better handle on their data, firms have a chance to reduce settlement failure rates, which are rife in certain instruments. In a Q&A, Virginie O’Shea, research director for Aite Group and the author of the report “Settlement Market Practices: A Legacy of Failures” talks about the steps firms are taking to address settlement failures, and the roles market structure reform and technology will play in improving efficiency in the global settlements process.

Q: In your report, you mention that settlement failures are a fact of life for global financial institutions. Why is this?

A: There are a whole host of reasons why failures happen. Some of the OTC asset classes have particularly high settlement failure rates, largely because there are a lot of manual processes involved—the re-keying of data can cause data quality problems later down the line. A lot of the settlements-related information is incorrectly typed, and at a firm level, some of the failure rates can be as high as around 20% for certain asset classes, which is quite extreme.

Q: What are some of the challenges for financial institutions when it comes to settlements, and how can they mitigate them?

A: A lot of the problems come in when firms are trying to understand what is causing their settlement failures. Unless they have a very automated process in place—which many do not—it is very hard to see where bottlenecks are occurring, if there is a high settlement failure rate on a particular day.

They then have to throw a lot of manual effort at such a process to reconcile the data to be able to deal with any exceptions and issues that may be caused by externalities or internalities, depending on the underlying root cause of the failure.

It certainly is quite tough for firms on a day-to-day basis in figuring out where their failures are, what’s causing those failures, and how best to deal with them.

Q: Let’s talk a little bit about market structure reforms, such as MiFID II, EMIR and Dodd-Frank. These regulations are shaking up the way the financial institutions operate. What impact will they have on the settlement space and will they solve any of these challenges?

A: We’ve already seen some of the changes that have happened as a result of the OTC derivatives reforms across the globe, particularly in the US and in Europe. There is now a lot more electronification and standardisation of process. Obviously in the interim it threw up a lot of data quality issues, and threw those into light for the industry. So that has improved matters, because people are now able to deal with the visibility of their data, and understand where some of the data problems are coming in, with regards to instruments and counterparty identification, for example.

MiFID II, coming in next year, could potentially have a huge impact. Best execution relates to the whole lifecycle of the trade—it is not just about front-office costs, but also about clearing and settlement costs. So when firms think about assessing the best execution for their trade, they have to think about whether settlement failure rates are very high or not. There will be a lot more reporting, there will also be a lot more standardisation of data, so that will likely throw light on some of the data quality issues again.

The Central Securities Depository Regulation (CSDR) in Europe, is also bringing settlement penalties and a buy-in regime, which will highlight some of the issues at a European level. There is a whole alphabet soup of different regulations that are going to compel firms to re-evaluate settlement failure rates and their settlement efficiency.

Q: Is improving settlements accuracy a happy by-product of these regulations that are coming in?

A: Hopefully. Of course, a certain level of failure is inevitable unfortunately. If a party is short of stock on either side, or short to deliver, or fails to deliver: that is always going to happen, just by nature of the markets and different market practices—and cross-border is particularly high in that regard. Firms will try to focus on the data side of things, and improve settlement rates where possible, but they won’t eradicate failures entirely, due to different market practices at a national level.

Regulation could certainly be a driver to increase budgets for operations teams that are struggling with this.

Q: How big a priority is improving settlements accuracy for the firms you have spoken with?

A: If you ask a settlements person it is obviously going to be a priority for them. Unfortunately, at the C-Level there is still not enough transparency of process or understanding of some of the long-term impacts of settlement fails.

It is not quite at the critical level it needs to be, but as MiFID II comes in that will make a big difference, and with CSDR coming in at the same time, firms will start to get fined or be penalised by the market and by regulators for a lack of settlement efficiency. That would make it a bigger priority.

Q: What role will technology play as firms look to improve efficiency in back-office operations?

A: Technology solves a lot of things, but it doesn’t solve bad data. It can help firms identify bad data, and it can help them alleviate some of the burden when it comes to manual processes; but firms really need to figure out what the underlying causes of problems are, which requires a re-evaluation of the entire lifecycle of the trade. Firms need to take stock of that first before they implement new technology.

In terms of the technology itself, firms might deploy workflow tools to help with the resolution of settlement fails, or tools that help them dashboard or understand where the fails are coming in, and if there is a particularly difficult geography (because there is certainly a geographical dimension to this). It may not be possible to change market practices if firms are dealing with more esoteric instruments in foreign currencies for example, but these tools can help them be forewarned and forearmed about any of those issues that may arise.

Virginie O’Shea is a post-trade fintech analyst and advisor.