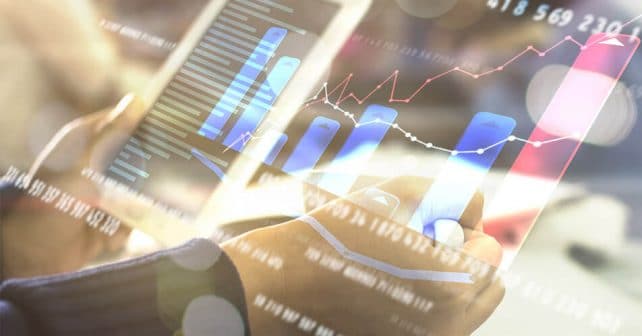 Efforts are underway to replace the Dodd Frank Consumer Protection Act with the Financial Choice Act, which has yet to clear the US Senate. The regulation will continue to be a political football, but Lynn Strongin Dodds reports that tweaks and not radical change are likely to be the outcome.

There has been a lot of hype about the future of the Dodd-Frank Consumer Protection Act, but it is difficult to predict how many rules will actually be altered. If efforts to repeal the Affordable Healthcare Act are anything to go by, it will not be an easy process. This is perhaps why many market participants believe that reform and not repeal will be the watchword.

“We have not seen anyone take their foot off the pedal in the derivatives industry,” says Lloyd Altman, partner, business development at RegTek Solutions. “This is because the transparency aspect of the regulation remains, and the need to report to a trade repository is not going away. Also, if you look at firms regulated under the Commodity Futures Trading Commission (CFTC), they are also impacted by the regulation of other jurisdictions such as EMIR (European Market Infrastructure Regulation) and MAR (Market Abuse Regulation) and none of these other countries are rolling them back.”

Nadine Jatto, government affairs and regulatory development specialist at UK-based financial markets consultancy Catalyst also believes that “it is unrealistic to think that Dodd-Frank will be ripped up. I think most of the rhetoric about the repeal is on making life easier for small businesses and banks. We are currently in legislative limbo and when the changes do come, they will be very small and have no or little impact. As for the derivatives, it will be business as usual and the industry will continue to implement MiFID and EMIR.”

It is unrealistic to think that Dodd-Frank will be ripped up. I think most of the rhetoric about the repeal is on making life easier for small businesses and banks. We are currently in legislative limbo and when the changes do come, they will be very small and have no or little impact. As for the derivatives, it will be business as usual and the industry will continue to implement MiFID and EMIR.” Nadine Jatto, Catalyst.

Equally as important, notes Radi Khasawneh, an analyst at TABB Group, is that despite the regulation, derivatives trading has not radically changed. “The majority is still traded on a request for quote basis (RFQ) on the new venues and has not shifted to central limit order books as initially expected,” he adds. “Also, incumbents such as Tradeweb, MarketAxess and Bloomberg still dominate the trading on dealer-to-client platforms, although we are beginning to see truEX and some of the others beginning to gain traction.”

The discussion and debate in industry and political circles will continue as the potential unwinding makes it way through the long and arduous US legislative process. The aim is to replace Dodd-Frank with the Financial Choice Act, which itself has undergone two revisions. In its newly minted form, proposals include weakening the authority of the Consumer Financial Protection Bureau, most notably the elimination of its rulemaking, supervisory and enforcement authority. This means the president would be able to fire the agency’s director at will.

Also on the table is the dismantling of the Volcker rule, which in effect bans banks from proprietary trading or hedging requirements, as well as stripping the power of the regulators to impose tougher capital and liquidity standards on institutions deemed “too big to fail.”

Moreover, the Choice Act would eliminate the Labour Department’s fiduciary rule, which requires brokers to act in the best interest of their clients when providing investment advice about retirement. The rule was completed last spring under the Obama administration after years of development, and the first parts of the rule are scheduled to go into effect this month.

The bill sailed through the House of Representatives in early June, but it is not expected to receive the required 60 votes to pass in the Senate, unless it undergoes substantial revisions to garner Democratic support. Market participants believe that the most significant relief that Wall Street institutions can expect is tweaking of a rule in Dodd-Frank to allow them to charge higher rates on mortgages that they hold, as opposed to the loans they package and sell in securitisations.

Change though could come from other quarters in the administration. Immediately following the House vote, the US Treasury issued its own separate 147-page report, the first of four laying out the Trump administration’s plan for rewiring financial regulations across the board. It struck a more moderate tone than the Choice Act, and would retain several key elements of the Obama-era laws, such as risk-sensitive capital standards, liquidity requirements and living wills. It suggests adjustments rather than overhauls, such as paring back annual stress tests on banks to a two-year schedule, which lightens the burden on smaller banks.

The Treasury report also calls for expanding the super-committee of regulators—the Financial Stability Oversight Council—established by Dodd-Frank. It recommends that the panel, which comprises top regulators from across government, should play a larger role, with the ability to name a lead regulator when jurisdictions overlap.

J Christopher Giancarlo, who is still awaiting Senate confirmation for a full term as CFTC chairman, has also set out his stall, much of it already published in his 2015 edict, ‘Pro-Reform Reconsideration of the CFTC Swaps Trading Rules: Return to Dodd-Frank’ and reiterated in his speech at the International Swaps Derivatives Association’s 32nd conference.

While Giancarlo supports the main tenets of swap data reporting, central counterparty clearing (CCP) and registration of swaps dealers, enshrined in Dodd-Frank, he cited the flawed implementation of the swaps trading rules and missteps in cross-border harmonisation as areas where mistakes were made. In his speech, he said that the rules were “highly over-engineered, disproportionately modelled on the US futures market and biased against both human discretion and technological innovation. They are fundamentally mismatched to the distinct liquidity, trading and market structure characteristics of the global swaps market.”

He recommended a simplified and much more adaptable swap execution facility regime as well as changes on the collateral front. This included customer cash collateral held in clearinghouses to be excluded from a clearing member’s leverage calculation under the supplementary leverage ratio (SLR), and customer collateral to be taken into account when calculating potential future exposure under the Basel Committee’s standardised approach to counterparty credit risk.

The SLR requires large US banks to put aside around 5% of assets for loss absorption purposes. Current rules mean that capital is also charged against customer margin held against swaps in clearinghouses, which many participants see as hindering the provision of a service that aims to steer risk away from balance sheets.

In addition, and probably music to many overseas regulators’ ears, were his words on greater harmonisation to avoid fragmentation of the global marketplace. “The CFTC should operate on the basis of comity, not uniformity, with overseas regulators,” Giancarlo said in his speech. “The CFTC should move to a flexible, outcomes-based approach for cross-border equivalence and substituted compliance.”

This is a marked change from his predecessor Timothy Massad, who took a hard line approach and was embroiled in a fraught and lengthy process of striking an agreement of equivalence for US and European clearing entities.

“Giancarlo has been vocal about his opposition to the way that the CFTC has implemented Dodd-Frank and overstepped the mark, for example, with the RFQ3 (request for quotes have to be sent to a minimum of three dealers), and all to all rules which hurt liquidity,” says Jannah Patchay, director, Agora Global Consultants. “He is not recommending wholesale changes to the transparency requirement or SEFs because many of these things are mandated by the G20, but his suggestions are practical.”

Patchay adds that there is a greater recognition that the derivatives market is part of a global marketplace and does not operate in a vacuum. “Giancarlo believes openness with other countries and regimes will be much more beneficial to the markets,” she says.

US swaps market share has surged under Dodd Frank

Although the wrangling over Dodd-Frank has a definite political edge, there is nothing new about US legislators continually fine-tuning existing legislation. Refinements are often made after new rules bed in, but sweeping changes tend to be rare. This could be down to few firms having the stomach to re-engineer the technology, systems, processes and compliance structures that were required to meet the regulation.

“We are at the start of the initial maturity and understanding of how regulation and any further change in the US would definitely throw a spanner in the works,” says Khasawneh.” Also, the rules have helped increase relative liquidity and the US’ global footprint is expanding. For the first time last year it overtook London in the trading of interest rate swaps. This is one of the reasons why I think we will only see changes around the edges.”

According to the Bank for International Settlements, 41% of interest-rate derivatives were traded in the U.S. as of April 2016, up from 23% three years ago. The U.K.’s share of the $2.7 trillion market shrunk to 39 percent from about half during the same period due to increased trading of dollar-denominated swaps relative to euro-denominated instruments.