Julia Streets Julia Streets is founder & CEO of Streets Consulting and Host of DiverCity Podcast In 2007, Julia incorporated her business Streets Consulting, the business development, marketing and communications consultancy. Since then she and her team have advised a wide range of firms in the world of capital markets, B2B and payments, and offering specialist technology including blockchain, artificial intelligence, cyber and more. Julia is a mentor for Accenture’s FinTech Innovation Lab and The Investment Association’s Velocity Programme and has also mentored for SWIFT’s Innotribe Scheme, Startupbootcamp’s fintech and cyber security cohorts and Anthemis VC's innovation scheme. Prior to founding Streets Consulting in 2008, Julia was global head of communications at Atos Euronext Market Solutions, serving on the Executive Committee and European head of marketing and sales development at Instinet. In 2017 Julia launched a podcast series 'DiverCity Podcast'. (www.divercitypodcast.com // @DiverCitypod) exploring equality, diversity and inclusion in financial services. Brummell Magazine, known as the 'City’s little black book', has recognised Julia a number of times - last year as one of their 30 Inspirational Women Influencers, in 2014 as one of 30 Inspirational Women Entrepreneurs and in 2013, one of 30 Inspirational Women on Boards. She is one of SWIFT’s Global Power Women in FinTech and been listed in Innovate Finance’s Women in FinTech Power List for the past three years. 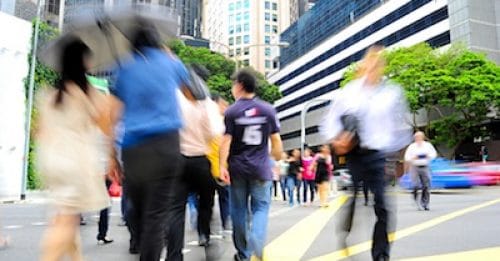 Tech & Talent: How a Diversity Strategy Fits in