The Slow March of Derivatives into the DLT World 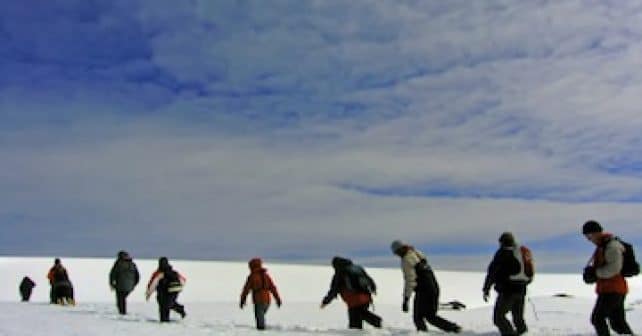 Lynn Strongin Dodds canvasses the post trade DLT scene and finds derivatives are not yet part of the wider eco system but could legislation change this in the future?

It is hard to keep track of all the different proof of concepts, programmes and projects circulating in the distributed ledger technology (DLT) post-trade space. Most market participants expected the needle would have moved much farther along the DLT dial by now, but silos, fragmentation and legacy systems are still hindering development in every asset class.

The overall challenges are best summed up in the European Central Bank’s recent paper – “DLT use in post trade processes” . It noted in the current landscape, a clear business case has not yet emerged for the use of DLT in post-trade processes. There is a wide variety of participants including governments, central banks, banks as well as custodians and clearinghouses actively undertaking initiatives that could coexist with current processes or even enhance them. However, this situation might evolve rapidly in the future considering the changes in the regulatory framework and rapid technological innovation.

This backdrop is probably why Jennifer Peve, Head of Strategy & Business Development, DTCC believes many market participants have tempered their expectations on how quickly the transformative capabilities of the technology could be introduced broadly across firms. “This is mostly attributed to the fact the financial institutions and financial market infrastructure are highly regulated entities and must be careful not to introduce new risk into the system, as well as the need to serve a broad base of clients who may not all have the same technology capabilities or priorities,” she adds.

Equally as important the fear of getting it wrong should also not be underestimated, according to Nick Bone, Head of Sales for Delta Capita’s post-trade managed services division. “We are at the stage where there are a number of building blocks being put in place,” he adds. “These are the first steps, but market participants know they need to get these right because getting it wrong has a much greater significance and impact.”

To date, crypto currencies are the main area of focus although tokenised securities are generating a great deal of buzz. This refers to the issuance of blockchain tokens representing real tradable assets, such as stock, bonds, commodities, art, real estate, and money, to name a few. Derivatives are in the frame, but it will take time before the asset class moves to the fore.

“There does not seem to be a great advantage in being one of the first movers,” says. Matt Barrett, CEO of Adaptive Financial Consulting. “Experimentation is difficult because it is one of the heaviest regulated markets and liquidity is fragmented. Also, there is already a lot of infrastructure in place so the benefits may be greater in other markets such as syndicated loans where that is not the case.”

“One concern is that there is no imperative to push derivatives onto DLT. There is too much divergence in the way post trade operates across asset classes with cash and derivatives markets having different settlement standards. There needs to be greater harmonisation.”

Swen Werner, Managing Director, Digital Product Development and Innovation at State Street agrees, adding, “One concern is that there is no imperative to push derivatives onto DLT. There is too much divergence in the way post trade operates across asset classes with cash and derivatives markets having different settlement standards. There needs to be greater harmonisation.”

Will Mitting, managing director and founder of Acuiti, believes a multi asset class post-trade solution could create significant benefits in terms of efficiency but there are many hurdles to achieving it. “It would reduce costs and risks, but it is a very challenging journey to achieve owing to the very different workflows across different asset classes and instruments,” he adds. “At the moment firms are not looking to replace their entire post-trade infrastructure with blockchain but instead focusing on specific elements of the post-trade process.”

Interoperability with existing technology is essential. Peve notes that due to varying levels of technological sophistication amongst its client base, DTCC is seeing bolt-on products and services that can operate on legacy technology. “A good example of this is how we are using DLT to support the journey to shorter settlement cycles of U.S. equities transactions, while also maintaining central netting and the trade guarantee of a CCP,” she adds. “Despite this evolution, our legacy DTC settlement system will remain the authoritative record, and it is the integration of a DLT platform with legacy technology that provides clients with the choice of how they prefer to conduct business.”

One product helping to bridge the gap is smart contracts, which are purpose-built for multi-party workflows and enable firms to codify the rights and obligations of the parties in the chain and share a single source of truth. Justin Chapman, global head of Market Advocacy & Innovation Research at Northern Trust believes that they can play a role in the derivatives world by improving collateral and inventory management processes and reducing reconciliations.

For now, they are being deployed more in the repo markets. “They are manual intensive and smart contracts and DLT create operational efficiencies as well as reducing risk and enhancing liquidity while leveraging the existing legal and account frameworks,” said Vijay Mayadas, President of Capital Markets at Broadridge, which recently launched its distributed ledger repo (DLR) solution. The agreement, execution and settling of repo transactions are on a single ledger while the underlying collateral securities are locked and tokenised, allowing ownership to be transferred using smart contracts.

Smart contracts will also feature in Deutsche Börse’s D7, a new cloud-backed and DLT-ready platform, which will be phased in over a two-year period and aims to have same-day paperless, automated straight-through processing for the issuance, custody, settlement, payment and asset servicing for digital securities. D7’s debut is thanks to a new German law that has helped create electronic securities which do not require the use of traditional stock certificates.

The exchange will leverage Daml smart contracts from Digital Asset to create and process digital assets to manage the securities alongside the entire value chain. Together they are building a central registry system for Clearstream – Deutsche Börse’s international central securities depository (ICSD) – based on a centralised database which will form the basis for the issuance and custody of dematerialised securities.

There were three ingredients that enabled us to set up the architecture,” says Gerd Hartung today, Head of New Digital Markets at Deutsche Börse. “The first was the change in legislation which allowed for the first time in Germany securities to be dematerialised while the second is the technology and our ability to partner with Digital Assets, R3 and other market leaders. The third is the attractiveness to clients and end users. Clients can only benefit from the technology and regulation if they are not ready to use it.”

He adds that market participants will be able to integrate D7 with existing legacy as well as benefit from new networks. D7 is planning future connections to existing specialised DLT offerings, such as collateral mobility platform, HQLAx, for a collateral basket lending service and FundsDLT for funds administration and distribution.

Legislation may be catalyst

As in the German example, many industry experts believe legislation will act as catalyst to accelerate developments in the pre as well as post trade space across derivatives and other asset classes. “Unless there is regulation, it is hard to change behaviour and processes,” says Camille McKelvey, head of post-trade STP business development at MarketAxess, which also has a post trade arm.  “I think the CSDR settlement penalty regime will drive change and make firms look more carefully at their processes because any firm, regardless of where they are based, will have to pay a fine if they fail to settle a transaction in a European CSD. DLT will have a role to play because it increases automation and efficiencies.”