Look Back: the Evolution of Identifiers with ISINs, ANNA and Digital Assets Next Up 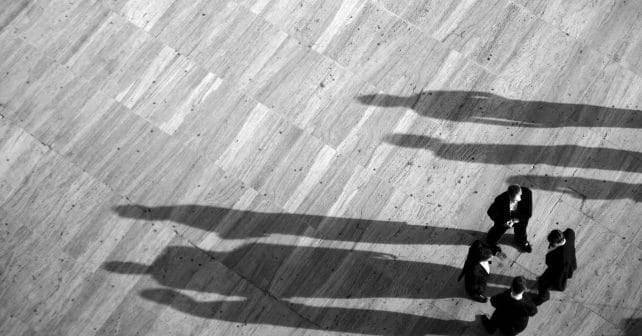 It has been 40 years this month since the birth of the first version of ISIN and this identifier, along with others, have come a long way since then. In a Q&A with Uwe Meyer, Executive Director and ANNA Secretariat, DerivSource learns more about the emergence of industry identifiers, the history of this professional body, and how it now aims to tackle digital assets.

Q. Can you give us some background on the history of how the ISIN was established?

Uwe Meyer: Right up to the 1980s, all countries were doing their own coding and nothing was matching up. The first conversation started with a group of experts, discussing the need for coordination on data standards around securities identification at the International Standardisation Organisation (ISO). It was four or five jurisdictions at the time, who began the discussions. I was told by one of the founding members that this was back in the 1970s, somewhere in Moscow, with representative experts from Switzerland, Germany, US and the UK. I joined in 1989, so feel like I have been here a long time myself. But to think they sat down together that long ago to thrash out a plan on how to promote a standard to help the industry, to try to map out a more formal approach and foster better cooperation between the countries on cross-border identification of equities, it’s impressive. Their foresight was tremendous.

Up to the late 1970s, the International Securities Identification Number (ISIN), was still in preparation, but was not yet being used. Countries were still using their own local codes. The first ISIN version was finally established in November 1981, but at that stage the markets were still not that much linked. The experts involved at the time discussed ways in which the ISIN could be more widely adopted.

Q. Can you tell us about the evolution of the ISIN?

Uwe Meyer: The first version of the standard was published on November 1st, 1981. It did start in a basic form, and then it grew to cover more asset classes. It started with traditional instruments like equities and debt. Then shortly afterwards included things like exchange traded derivatives such as options and futures. This was back in the nineties, evolving to cover the ever evolving portfolio of financial instruments. Later still, it took on structured products in the early 2000s. The latest significant expansion has been the identification of OTC derivatives which commenced in 2017 and now we are seeing an appetite for ISIN assignment to digital assets.

ANNA has established and is maintaining guidelines, because the ISO standard itself is reviewed only every fifth year. And that is sometimes a little bit too slow to adapt to rapidly changing developments in the market. These guidelines cover new instrument and asset classes e.g. we are currently looking at digital assets.

Q. How did ANNA emerge as an organisation responsible for the ISIN?

Uwe Meyer: Certainly, jurisdictions involved in the ISIN development grew over time, and eventually 22 countries began assigning and using the ISIN regularly with a central market organization taking on the function as National Numbering Agency (NNA) to facilitate this role. These jurisdictions then made a decision to create the Association of National Numbering Agencies, which was founded on January 29th, 1992. They believed it was essential due to cross border trading having evolved quite a bit by that time, and the need for some kind of structured collaboration. Operating with local codes only relevant in individual jurisdictions wasn’t working. Financial markets needed something that identified securities around the world in a consistent and harmonised manner. There was a clear understanding everyone needed to cooperate and promote the use of the ISIN.

We now have 118 members and partners globally allocating ISINs, FISNs and CFIs for more than 200 jurisdictions. But even early on, ANNA really helped to foster the allocation of ISINs more widely. The financial industry itself has become more aware of the advantages of the ISIN, to enable better cross border trading.

Q. Can you tell us why more NNAs have got involved over the years?

Uwe Meyer: The main motivation was to become more international and attract investments in their own countries. ISIN became the bridge for local investors to get access to global markets. Countries that have joined often did not have an identification system implemented and, when looking into building the whole infrastructure around a securities market, they recognized that using an identification standard is key. Therefore they looked for international standards and ISIN maintained by ANNA as Registration Authority was and is this key.

Q. What have been the ANNA and ISIN milestones you remember most?

Uwe Meyer: One big milestone was in 1993 when the first central ISIN reference database was established. At that stage it was called GIAM (Global ISIN Access Mechanism). It meant that for the first time, all ISINs could be uploaded by NNAs to that database so we had a central repository. ANNA could then provide ISIN data either to NNAs or interested external market participants. This database has been developed over the years and in 2001 it grew into the ANNA Service Bureau (ASB).  CUSIP Global Services and SIX Financial Information maintain the ASB on a daily basis and upgrade when needed – and this is currently the case with the latest upgrades having gone live in September 2021.

Not an ANNA milestone, but something we all remember was the financial crisis. What came out of that though was industry discussion and support for having legal entity identifiers (LEIs), to identify entities. Something that had been missing pre crisis. The LEI has led to ANNA’s cooperation with the GLEIF and to form the ISIN-to-LEI initiative, which highlights the benefits of using complementary standards. This initiative is proving very successful to all stakeholders with more NNAs joining every year.

Two other items I remember is the take up of the Classification of Financial Instrument (CFI) codes, an ISO standard first published in 1997, and in 2015, the first version of the Financial Short Instrument Name (FISN) was also established and played an important role in the development of standards. ISIN itself is a code which identifies an instrument, the CFI classifies the instruments, like if it is an equity or derivative etc. Then the FISN is a human readable abbreviated description and tells you also who is the issuer. So I think these are the two, the CFI and FISN, are important complementary elements added to the ISIN.

Another recent development has been the establishment of the Derivatives Service Bureau (DSB) founded in 2017. I think that that was a major evolution for ANNA, our first subsidiary, which has facilitated the expansion of the ISIN standard for identification of OTC derivatives, enabling market participants to fulfil regulatory reporting requirements. This highlights how ISIN has assisted in bringing greater transparency and supervision capabilities to the financial markets across the full suite of asset classes.

Q. Why has ANNA been so successful?

Uwe Meyer: I think one of the reasons is that ANNA has been very flexible to an evolving market, monitoring closely how markets change. Another reason is the support by the regulators. Regulators, especially in Europe, have become aware how important it is to use standards. Standards were in existence very early on, as I mentioned before as far back as the 1970s, before the regulators were even thinking about that. I think were it not for the financial crisis, perhaps regulators might not have been prompted to look that deeply into standardisation and how to identify, classify and describe a financial instrument. But now they do, and they see the important work the industry is doing, through ANNA and other standards bodies, to make the markets efficient and transparent.

Q. Anything else you would like to say about the last thirty years working with ANNA?

Uwe Meyer: I would say, and it’s a personal thing, but it is still fascinating to see that even after thirty years, there are still countries in the world that recognise the importance of the standard and try to apply ISO Standards and the ISIN system in their own jurisdictions. ANNA is still getting more members. And of course, I’m very proud of how ANNA has developed and become the really professional body that it is, with good governance, and that I could be part of that whole journey.

Since 1996 Uwe Meyer has been Executive Director of the Secretariat on the Board of ANNA. Uwe regularly presents standards related matters at national and international conferences and actively participates in several ISO Working Groups. Working for WM Datenservice for more than 30 years, Uwe represents Germany in ISO TC68/SC8 (Reference Data for Financial Services) technical working groups and study groups supporting the national mirror groups of TC68 at the German Standards Institute DIN (Deutsches Institut für Normung). He is also the co-convener of the German TC68 mirror group at DIN, responsible for promoting and the implementation of ISO standards in Germany.