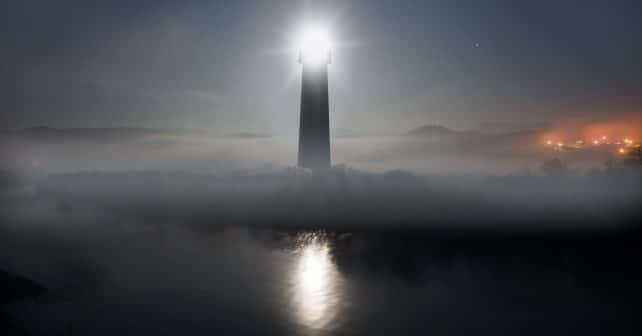 Q. Based on your research, can you paint a picture of what is driving change in reconciliations today? Where is the investment in this area focused on now?

A. In our upcoming research report, we looked at the current state of play for derivatives reconciliations set-ups across the sell-side. This is an area where there has been a lot of investment over the past decade as post-GFC reforms combined with some significant failures in the market to increase the requirements for timely, accurate reconciliations.

We found that as a result of the increased reporting requirements, fines relating to failures in this respect and a laser sharp focus on risk reduction from senior managers across the sell-side, reconciliations have gone from being a relatively mundane part of the listed and OTC trade cycle to the keystone of post-trade processing.

The volatility around the initial spread of Covid last year exposed both some of the inefficiencies in T+1 reconciliations but also, at the same time, their importance. When intra-day matching and allocations came under strain as unprecedented volumes hit markets, reconciliations became the last line of defence. For many firms that line was exposed.

Our report suggests that this has all led to a renewed focus on investment in reconciliations and also a re-evaluation of how to address some of the major challenges such as data fragmentation and lack of data standardisation that are not limited to the recs cycle but certainly have a major impact on it.

Q. What are some of the common challenges firms encounter in their reconciliation operations? Is full automation possible?

A. Without a doubt, lack of data standardisation emerged as the top challenge firms face. There are several historical reasons behind this which we cover in the report but it has left a situation in which just the effort to standardize data from multiple sources and across the market is creating vast additional complexity for the reconciliation process.

We found that for some firms major challenges were posed by outdated software, a lack of automation and excessive manual intervention. Very few firms had fully automated the process and they were generally non-bank FCMs with smaller books and requirements. However, it does prove that full automation is possible!

Interestingly, just over half of respondents that used a cross-asset reconciliation tool said that this resulted in a sub-optimal performance for derivatives, which demonstrates that there are some unique characteristics of derivatives which often require specialist software.

Q. What differences did you see among the various tiers and types of financial institutions in terms of what their reconciliation operation looks like and specifically, the level of automation they have achieved?

A. We found major differences between company types that reflected both their scale in terms of budgets and the volumes they deal with but also the historic approach to addressing issues with recs. As noted above, brokers and non-bank FCMs had the most automated processes. As a result they have the fewest manual touchpoints (MTPs) in their processes and the lowest use of spreadsheets as part of the core recs process. They were also most the most likely to complete the recs process by the targeted time each day with 75% doing so 90% of the time.

Within the banks there were major differences. Tier 1 banks had achieved pretty good controls over their recs process with 64% completing the process on time on more than 90% of days. However, that was typically a result of investment in people rather than technology with these firms tending to set up large off-shore or near-shore hubs to deal with reconciliations. This meant that use of spreadsheets as part of the core recs process was highest among tier 1 banks and there was still relatively high manual intervention with 13% having more than 10 MTPs as part of the standard recs process. In addition, the cost of the reconciliation process as a percentage of overall post-trade costs was far higher at tier 1 banks than elsewhere.

Tier 2 and 3 banks were very diversified. A few had made great strides towards greater automation but we found high numbers of outliers among this segment in terms of high levels of MTPs, dependence on key staff members and just 29% of tier 2 and 3 banks completed the recs process on time on 90% or more days. Tier 2 and 3 banks face many of the same volume and regulatory pressures as their tier 1 counterparts but with lower budgets to address the issues. Automation is therefore key for these firms.

Q. What is the role of newer technologies, such as AI, in reconciliation processing?

A. Machine learning is on the increase in derivatives reconciliations predominantly as a way to identify patterns in trade breaks. Although some of the firms we engaged for the report that had adopted it said that the improvement was not as big as they had anticipated, machine learning will inevitably continue to grow its application in recs. My perception from the research though was that a lot of the insights can be garnered from traditional analysis if the data is analysed in the right way – is a specific client or market causing more problems than others, are there specific contracts where breaks are occurring more frequently? These types of question can be answered without machine learning and have historically accounted for the majority of problems with recs.

Q. In your view, how can a firm invest to achieve the greatest impact going forward? How can a firm move from making just incremental changes to significant ones?

A. Investment in automation, while no silver bullet, is without a doubt the biggest factor in improving recs processes. 60% of firms with fully automated reconciliation processes said they completed their runs on time all of the time with the remainder doing on 90% or more days. Automation also cuts overheads – all firms with fully automated reconciliation processes spent less than 10% of their total back-office staff costs on reconciliations with a third spending less than 5%. This compared with 55% of firms that had partially automated processes spending more than 10% of their total post-trade headcount in recs.

Ultimately in the report we argue for a paradigm shift in terms of how firms approach reconciliations. The title of the report is “Good enough” is no Longer Good Enough and I think this reflects what needs to change. Inevitably the market needs to move to intra-day reconciliations and the first step towards that is reliable, accurate T+1 records every day. While full automation is not realistic at this stage for many firms, steps that can be taken towards it will inevitably improve operations and begin to shift the dial in terms of efficiency.

*The report Derivatives Reconciliations: “Good enough” is no Longer Good Enough was commissioned by HelloZero and is available on request from HelloZero ahead of general publication at a later date.

Will founded Acuiti in February 2019. Building on 15 years’ experience in B2B publishing, he launched Acuiti to bring greater transparency to operations across the global derivatives market. Will was previously Managing Director of FOW and Global Investor Group at Euromoney International Investor plc. He has previously worked at Haymarket Media Group and also worked in Malawi where he launched the first magazine publishing business in the Northern Region of the country.