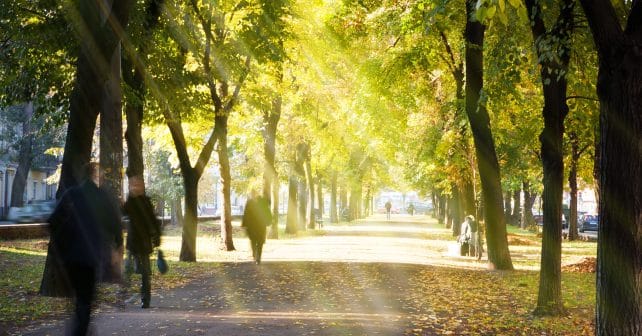 Back-office operations have historically been viewed as a cost center but according to a recent survey, a lack of investment in operations is inhibiting firm’s ability to manage trade expense fees is costing firms dearly. Daniel Carpenter, Commercial Lead for Meritsoft (a Cognizant company) talks about how to address this current challenge in a Q&A with DerivSource.

Q: In the recently published survey report “A New Era for Trade Expense Management” you frame the significance of the costs firms face due to the operational failures preventing them from managing trade expenses more efficiently. For instance, the majority of banks pay up to $750 million in trade expenses yearly with these expenses reducing profits by as much as 20%. In conducting the survey, 9 out of 10 plan to make managing trade expenses a priority. Can you share the catalysts behind this change (e.g., 2020 market volatility etc)?

A: The pandemic-induced global volatility that hit global markets last March shone a spotlight on the issue of trade expense – which has been the industry’s most open secret for many years. Revenue is lost to process inefficiencies as well as an extensive array of fees: clearing, settlement, tri-party, custody funding and regulatory. However, of the dozens of post-trade expenses banks incur every day, the most substantial include brokerage, custody and clearing fees.

Q: Looking back, what are the main reasons why firms haven’t invested in trade expense management in the past. You note compliance and managing trade volumes as taking priority, for instance.

A: There are numerous reasons as to why firms haven’t invested in trade expense management until now. An ongoing regulatory burden, growth in trade volumes, not to mention the ever-growing competition have all increased market complexity and absorbed significant amounts of budget. If this was not enough to consider, there is also ongoing internal competition for remaining discretionary spend and the struggle to measure trade expenses across different asset classes, different geographies, and different business units. All these factors make it really hard to form a sound business case for strategic and considered investment.

A: A quarter of the financial institutions that took part in our research still rely on legacy architecture to manage their brokerage operation’s trade expense processes. Although there has been some investment in technology to manage trade expense, the overall picture is mixed. Nearly a third of organisations that took part in our survey have invested in internal solutions to manage some or all of these processes, while nearly half have opted for some kind of outsourcing, be it Software as a Service (SaaS) or a more comprehensive business process automation (BPA) solution.

It is also apparent that these investments have fallen short in many, although not all, cases; both in terms of improved operational efficiency and enabling a firm’s strategic direction. And it is not clear that outsourcing agreements have been made with the right people or the right platform. As has been demonstrated in other stages of the trade lifecycle, automation is key to unlocking efficiency savings.

Despite this, more than half of respondents reported that very little automation is apparent in their processes for managing trade expense. A further 11 per cent said none of their relevant processes were automated.

This suggests that more strategic decision making, accompanied by more considered investment, is needed to create a trade expense processing operation that is fit for today’s trading volumes and the complex trading environment.

Q: Looking at the current operational challenges, it is no surprise data is central to these challenges both in quality issues and a lack of a central data repository.  Can you briefly highlight which data problems where the most wide-spread problems amongst those surveyed and how they impact trade expense management?

A: Critical day-to-day operations, in particular activities and decision-making on the trading desk, are negatively affected by a lack of transparency into trade expenses, to the point where they are considered to be either somewhat or very problematic.

Broadly speaking, these central challenges revolve around data management: the control, processing and visibility of key information flowing through the organisation. Even when the right software is in place and driving automation of trade expense processes, if the underlying data is inaccurate, insufficient or simply absent then these operational problems and overheads remain. These data roadblocks are all prohibitors to moving to a fully digital platform and reaping the benefits available.

78 and 79 per cent of respondents respectively say that the lack of a central data repository and poor data quality is somewhat or very problematic for their organisation. When data is inaccessible because it is stored in distant and disparate locations, it impacts on the ability to perform accurate calculations and conduct global oversight. This is a particular problem for the 20 per cent of surveyed businesses that have different teams working in asset class silos, and the 18 per cent who have multiple operations teams in place.

Equally, when data quality cannot be assured, because certain data points or data sets are missing or non-digitised, for example, then effective calculation and resultant analytics are not possible. This in turn ensures that costs will continue to spiral. What banks are left with are significant problems for operation heads, who don’t have accurate or up-to-date reports on broker reconciliations and invoicing, let alone visual and actionable data. Aged payables remain on the balance sheet, for example, leading to complaints from brokers and an inevitable diminution of service. When the front office asks for these things, it is left to operations to pull up-to-date information together – often manually and under pressure.

Q: The stats cited in terms of how profits have been reduced due to a lacking in the management of trade expenses. Can you share a little about where you saw the biggest impact on profits among those surveyed? How quickly could a firm turn the tides on existing profit losses with investment in systems and processes to better manage trade expenses?

A: More than 50 per cent of all organisations who took part in the research said that overall profits had been reduced by 11-15 per cent. Another fifth reported that the negative impact on their overall profits was between 16 and 20 per cent.

These numbers are astonishing. It has long been recognised that trade expense costs have had a damaging effect on profits and these numbers should be a wake-up call for global business heads as well as heads of desks.

The research paints a distorted picture of where an organisation is profitable and where it is not. Recent history has seen certain banks withdrawing from whole asset classes under capital pressure to dispense with low-margin business units. For example, more than 20 banks restructured their equities business between 2010 and 2020, with high profile institutions shutting their equities units entirely, while others handed over elements of their trading, sales and research functions to third parties. In Europe, the research unbundling component of MiFID II has contributed to this withdrawal, but lack of profitability is often caused by firms simply not knowing their own true costs, and consequently what to charge their clients.

Q: Looking ahead, what are the types of solutions firms may look to as they upgrade their operational systems? Can you briefly share how ‘newer’ digital technologies such as AI play a role?

This is broadly in line with the findings of other industry surveys conducted in recent months, which showed that buy- and sell-side firms expect to increase their spending on AI, blockchain, and cloud technologies by a third in the next two years.

Although cloud computing just edges it in overall importance, reflecting its now-established position within the financial technology mainstream, the possibilities of up-and-coming technologies like machine learning, AI, and DLT have attracted attention. Cloud technology can help reduce the total cost of ownership for new services, for example, and enable rapid scaling of capability when demanded. AI can read digital invoices, predict trade expense performance, and optimise decision-making, among many other possibilities. All these technologies play a part in a fully automated front-to-back solution.

However, optimism about these technologies cannot hide the fact that, if they are to deliver promised benefits, the underlying problems with disparate legacy systems, dispersed data repositories and non-digitised data need to be addressed. As indicated above, digitised, centralised data is necessary for effective analytics and for the automation needed to carry out, for example, correct billings. To benefit from the new technology, firms need a sound foundation on which to build.

Q: In making changes, how might they circumvent some of the obstacles that may appear with such as sizeable project (e.g., fight over discretionary budgets, getting senior management buy-in etc.)

A: There are also strong indications that the increased compliance requirements, which have so dominated budgets for the past decade, may no longer be the biggest absorber of discretionary spend. Naturally, it remains an important area, but less than one per cent of surveyed organisations said that ongoing regulatory projects would prevent further investment in trade expense management.

What has driven this shifting attitude? The increasing weight of costs, operational inefficiencies, compliance challenges, and sub-optimal customer relationships have been building momentum within the community for some time. When it comes to ensuring greater buy-in from senior decision makers, focusing on one area at a time makes it easier to take ownership of individual elements within the overall project, and ensure that the firm’s strategic goals are being met by prioritising certain desks or asset classes, depending on the priorities of the institution in question.

Q: Looking ahead, how would you like to see this space evolve in the near year?

A: Banks and brokers know that it is a major undertaking but have avoided it because other priorities have been equally pressing. The industry is now in the situation where customer service is affected, compliance can be compromised, and profits eroded. All of which threatens the performance of the business. However, if an alternative partnership-based model is adopted over the next year, firms will be able to reduce overall operating costs by streamlining licencing agreements, infrastructure and hardware, as well as creating standardised workflows across different counterparties, customers, partners, and desks. This builds a data-driven evidence base from which to negotiate better rates – with brokers and with technology suppliers – and further strengthens the business case.