The Patchwork of Crypto Asset Regulation 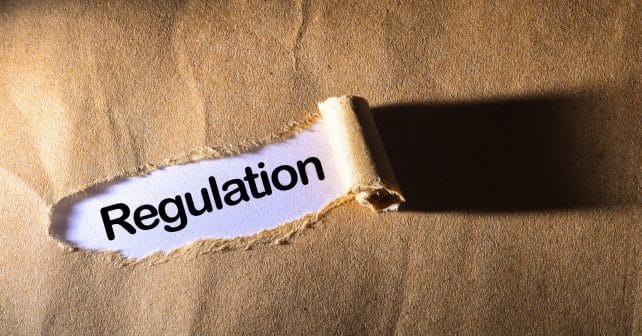 As crypto assets become more embedded in the mainstream investment and trading landscape, regulators are in general agreement that frameworks should be developed. The focus is on fostering best practices and curtailing inappropriate behaviour, but each jurisdiction seems to be moving at its own tempo.

The speed though is expected to accelerate as crypto or digital assets gain momentum. Inflows into cryptocurrency funds and products rose 11% to a record $4.5bn in the first quarter 2021 compared to the same period last year, suggesting increased institutional participation according to data from currency manager Coinshares shared in their April 2021 report.

This is also reflected in Capco’s recent report – Crypto-Assets-Unlocking-The-Potential-Through-Regulatory-Reform which cited research from Evertas.
It showed that 26% of institutional investors and 32% of hedge funds expect that pension funds, insurers, family offices and sovereign wealth funds will “dramatically” increase their level of investment in cryptocurrencies over the next five years. This is attributed to deepening liquidity pools as well as the development of more robust regulatory infrastructures to combat the threats of fraud and financial crime.The incidents of manipulation have been well documented. One of the most recent is the Commodity Futures Trading Commission’s (CFTC) $6.5m settlement against Coinbase for “reckless, false, misleading, or inaccurate reporting as well as wash trading” on its GDAX platform by a former employee. And recently the New York Attorney Generals’ office settled an investigation into the corporate practices and finances of Tether Ltd and iFinex Inc, which runs cryptocurrency exchange Bitfinex.

Overall, there are over 500 exchanges but only 16 attract meaningful liquidity, but according to a qualitative review conducted by Martin C. W. Walker, Director of banking and finance at the Center for Evidence-Based Management and Winnie Mosioma, qualified Kenyan lawyer and Founder of Blockchain Legal Consulting. Out of this cohort though just four are subject to a significant level of regulation related to trading, according to this review.

This is in contrast to traditional platforms for trading securities, foreign exchange, derivatives, commodities and other more established financial assets. They are strictly regulated and while rules may vary across regions, they are designed to increase transparency, protect investors and ensure operational resiliency.

A mixed bag of regulation globally

“At the moment, each jurisdiction has widely different views on crypto,” says Bradley Duke, CEO of ETC Group. “However, I believe that regulators will take a pragmatic approach going forward as activity moves from fringe to mainstream. If you have firms such as Massachusetts Mutual and JP Morgan getting involved, spending a lot of money and hiring people, you know it is not a flash in the pan and here to stay.”

Late last year, Massachusetts Mutual Life Insurance bought $100m of bitcoin for its general investment fund while JP Morgan launched a new business focusing not only on launching but also the custody of digital assets.

Mark Profeti, a Principal Consultant at Capco and co-author of the report echoes these sentiments. “The increase in appetite over the past three to four years has brought crypto assets to the forefront of regulators’ minds,” he says. “If you look across the regulatory landscape, there are three regions that are progressing at different levels. To date, the four main financial centres in Asia Pacific – Australia, Hong Kong, Japan and Singapore – are more mature than the US, Europe and UK – and have been the first to regulate markets to make them safer for participants and investors.”

The region’s financial hubs – Singapore and Hong Kong – have licensing laws which require exchanges to obtain regulatory approval before trading is allowed. The regulators have to conduct an evaluation of the exchange monitoring technologies being used, including market surveillance for the detection of market abuse behaviour. This is in addition to Know Your Client (KYC), Anti-Money Laundering (AML), and Combating the Financing of Terrorism (CFT) screening solutions that are typical for the onboarding of institutional clients.

Meanwhile, Japan’s Financial Services Agency (FSA), has been tightening its controls recently and after a series of hacks. The result was new screening requirements, including a new licensing obligation.

As for Australia, it was a pioneer in bitcoin regulation and three years ago placed exchanges under the aegis of AUSTRAC, which is responsible for preventing, detecting and responding to criminal abuse of the financial system. However, over the past year, market participants are reportedly calling for the Australian Securities and Investments Commission (ASIC) to sharpen its guidance around non-bitcoin crypto offerings.

European response
The wheels of regulation are also finally turning in Europe with the Commission’s Markets in Crypto-Assets (MiCA) proposals. They are an intrinsic part of the EU’s overall Capital Markets Union goals which aim to increase access to and facilitate the flow of capital across all EU jurisdictions through the removal of internal market barriers and the creation of a level playing field, according to the Capco paper.

The objective is to establish a regulated and structured market environment that is aligned with the more traditional financial instruments of equities, bonds, structured products, credit and rates derivatives. This means developing a set of uniform guiding principles for crypto assets that are already applicable more generally in the financial markets, including transparency and disclosure, authorisation and supervision, set of the operation, organisation and governance measures, consumer protection, and prevention of market abuse.

“The EU already had the Fifth Anti-Money Laundering Directive (AML5) which covered the registration for crypto-asset businesses,” says Profeti. “MiCA aims to build a trusted market eco system and to introduce an end-to-end regulatory framework for issuance, trading and safekeeping of assets.”

MiCA also provides much-needed definitions and classifications of crypto assets. As Dr. Alpay Soytürk, Head of Compliance, Spectrum Markets, notes, it provides a proper taxonomy and follows the same approach as MiFID II. “This is very important because without a liquid primary market and regulation for custody, you cannot have a functioning secondary market.”

Jannah Patchay, Founder of Markets Evolution, a consultancy specialising in financial markets innovation though questions whether Europe needed to create a brand new legislative blueprint. “I do not think they have taken the right approach,” she adds, “I am not an advocate of a sweeping new directive of this nature as it does not adequately distinguish between different types of crypto assets and will potentially lead to unintended consequences which could stifle innovation. There are several existing directives that could have been amended and tailored to better encompass specific types of crypto assets, whilst remaining technology-agnostic, for example, the Payment Services Directive, E-Money Directive, and MiFID II.”

The UK is also slowly moving forward. The beginning of the year saw the Financial Conduct Authority (FCA) ban the sale of crypto derivatives to retail investors because they “can’t reliably assess the value and risks of derivatives like contracts for differences (CFDs), futures, options and exchange traded notes (ETNs) that reference certain crypto assets.

In addition, the HM Treasury issued its consultation paper in January 2021 calling for public evidence supporting the need to implement a regulatory framework identifying the same types of risk to consumers, market and financial stability highlighted by the EU.

It is seen as the first stage of a broader regulatory approach to these assets and as the Capco paper points out, the main goal is to broadly mirror those of the EU, such as protecting financial stability and market integrity, investor protection, promoting innovation as well as supporting UK competitiveness.

Across the pond
Although crypto currency trading is advanced in the US, regulation has been slow to catch up. One reason is as with many financial instruments, there are several regulators with overlapping powers and interests. The Securities and Exchange Commission (SEC) may be seen as the powerhouse, but they share the limelight with the Federal Reserve Board, CFTC and the U.S. Treasury Department’s Financial Crimes Enforcement Network (FinCEN).

For now, they all seem to have different interpretations with the SEC referring to digital assets as securities, the CFTC calling them commodities and the FinCEN seeing them as currencies. However, freshly sworn-in SEC Chairman Gary Gensler recognises there is an issue and told Congress which was televised on CNBC that the cryptocurrency market could benefit from greater investor protection.”

Although Gensler did not specify what regulations around crypto exchanges would look like, he did say that Congress should have a greater role to play to foster greater cooperation. The House of Representatives recently passed legislation that could clarify regulations around cryptocurrencies if approved by the Senate. It would entail the SEC and CFTC to form a working group to explore the crypto market.

Activity is not just on the national but also state level. To date, Wyoming has emerged as the most innovative crypto jurisdiction. It has not only adopted a framework by which the state’s banks can act as qualified custodians for digital assets, but also created a fintech sandbox to allow further innovations in the space.

Looking ahead, regulators are expected to continue lagging the pace of innovation. However, as Karan Kapoor, Head of Regulatory Change and Regtech at Delta Capita, notes, “I don’t think that divergence is an issue when it comes to digital asset regulation because there is a general acceptance that crypto assets serve a purpose. The challenges instead will be the speed of cross-jurisdiction regulatory adoption and maturity. In general, the main objective of regulators will be to make markets safer, easier to operate in and to foster innovation.”