The Role of CO2 Pricing in a Sustainable Economy 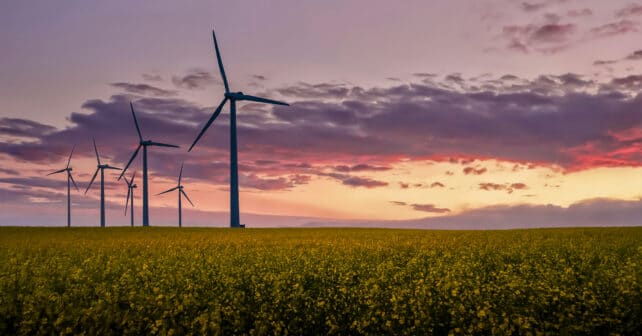 Carbon pricing is seen as a major factor in efforts to reduce global carbon emissions, and the recent election of U.S. President Joe Biden has put the U.S. back in a global leadership role. In a DerivSource Q&A, Farah Abi Morshed, Innovation Manager, ABN AMRO Clearing Bank discusses the role of carbon pricing in sustainable indices, the interplay of private markets and state interventions and what comes next.

Q: Where are we with carbon pricing and why is it so integral to facilitating greenhouse gas emission reductions?

A: Carbon pricing has contributed to reducing emissions but only really in the last few years, and it went hand in hand with local national policies that promoted and incentivized renewable energy generation through the use of subsidies.

Initially, the EU Emissions Trading System (ETS) was not as effective as many had hoped. The market was oversupplied in phases 1 and 2, the majority of the allowances were given out for free, and prices were too low. Policy makers and the carbon pricing industry needed to figure out how to calculate the social price of emissions.

By 2012-2013 however, as a consequence of back-loading and that 40% of the allowances were being auctioned, this started to reduce the oversupply issue. Later in 2015, the decision to create a market stability reserve (MSR) was adopted in order to further reduce allowances in circulation and therefore regulate prices. This started to be more effective, but it also coincided with local national policies trying to drive renewable energy sources into the energy grid to reduce emissions.

A: The sudden reversal in US climate policy under the Biden Administration will greatly reduce emissions in the US but will also have a significant global impact. President Biden has pledged to rejoin the Paris Agreement, restore environmental legislation that was diluted under the previous administration and to spend some $2 trillion on environmental initiatives.

According to the Climate Action Tracker, if President Biden follows through on all of his promises it will shave 0.1 degree Celsius off predicted global warming by 2100. That doesn’t sound like a lot at first, but if you are looking at the difference between adding 1.5C and 2C, then 0.1 degree is 20% of the difference, which is a lot.

President Biden’s actions will not only have a significant impact on global warming; the US reentering the Paris Agreement will also tip the scale toward more concerted global action. With the US commitment, some 50% of the global greenhouse emissions and two thirds of the world economy would have a net zero carbon emissions target by 2050.

President Biden has also pledged to enforce more tariffs on imported goods to create a more level playing field for other countries that will have to meet strict U.S. standards to export their goods. However, much of this will depend on his ability to wield and retain control of the U.S. Senate, and on who wins the next election in four years.

Q: How can CO2 pricing be incorporated into sustainable indices? What are some examples of how this is being done right?

A: From an efficient market theory, you would assume that share prices and therefore stock market indices (sustainability indices) reflect all information including the companies’ emissions and sustainability in general.  One way to validate this is to collect enough data over the last 20 years, control for variables like profitability of those companies, revenues, market size, put it all together, to find out how prices of carbon and emissions of corporates correlate to the stock price of companies. Second, this empirical analysis should also show how investors perceive the riskiness of a company based on whether it falls under the EU ETS or not. An equally important question to ask is “why” is it important to make sure that corporates’ emissions and carbon prices are factored in stock market indices. Bank of England research and NGFS showed that a sudden change in the price of carbon could result in between $1-4 trillion in credit losses for fossil fuel investment (NGFS, 2019a). Investors must understand the risk in their portfolio from changing carbon prices.

Regulation of carbon emission markets but other markets like the energy certificate market will be increasingly important for investors too. For example, the energy certificate market enables the tracking and tracing of the origin of power to determine how much comes from green or grey energy sources. Some EU countries have regulated full disclosure on the production side. However, it would also be useful to have full disclosure regarding consumption. If all end-users had to actively purchase energy certificates and prove the origin of their electricity consumption, they would be more encouraged to buy renewables. Investors would be interested to know where corporates get their energy, and which corporates and retail houses decided to use green power sources, and which didn’t. This would help drive demand from consumers for corporates to do the right thing and provide another metric for investors to choose stocks based on their use of green power.

Q: What should be the interplay between markets and state support in achieving climate goals? What is the role of regulation?

A: If national policies are working towards one gap when it comes to reducing CO2 by for instance increasing renewable energy production versus EU ETS targeting another gap (like sectors that are harder to electrify or decarbonize that quickly), then both state and market can work hand in hand without crowding each other out.

During the second and third trading periods of the UE ETS, Germany increased its share of renewable power and decided to decommission few of its coal power plants. This freed up some EU Allowances (EUAs), which were sold back to the market for other emitters to use. This led to the idea of the “waterbed effect” – water moves around from place to place but the total amount stays the same. In this case, the interplay between markets and the state could have been managed better to avoid crowding each other. Now that the MSR is in place, extra EUAs are being removed from the market and put in reserve in order to keep the market competitive and prevent prices from plummeting.

Cap and trade could work more successfully if limits were placed on the amount of EUAs going into the market (e.g. MSR), based on the acceleration of technology, national policy and subsidies and the decommissioning or decarbonization of carbon intensive processes. The industry can learn from past mistakes and invest in research into the best ways to reduce emissions further.

Q: What should be the biggest change in terms of carbon pricing this year? What would you like to see happen next and why?

A: Regarding carbon allowances, there should be enough competition and access to markets for players of all sizes. There is now a voluntary carbon market and even smaller consumers are looking to offset their carbon footprints.

The EU is preparing to revamp its carbon dioxide market to meet a new target of a 55% instead of 40% cut in emissions from 1990 levels by 2030. This will most probably lead to further reduction in the annual caps and the extension of the EU ETS to cover land/water transport and buildings.

Regarding the energy certificate market, it would be beneficial to be able to track and trace different energy carriers and have full disclosure on consumption as well as production. This would enable big and small consumers to signal to the market what they want regarding the origin of their power and gas and in turn more transparency for investors to assess companies on their sustainability. Such energy certificate markets can go hand in hand with the EU ETS and further accelerate the energy transition.

Farah Abi Morshed is an innovation manager at ABN AMRO Clearing responsible for energy transition initiatives. She is exploring initiatives on the topics of energy certificates, decentralized flexibility markets and the EU emission trading system. Before that, Farah was an energy economist at ABN AMRO Group Economics. As part of the energy team, she performed analysis on the development, integration, and financing of energy projects. Farah holds a Masters in Engineering and Policy Analysis from the Technical University of Delft and a bachelor in Civil Engineering from the American University of Beirut.