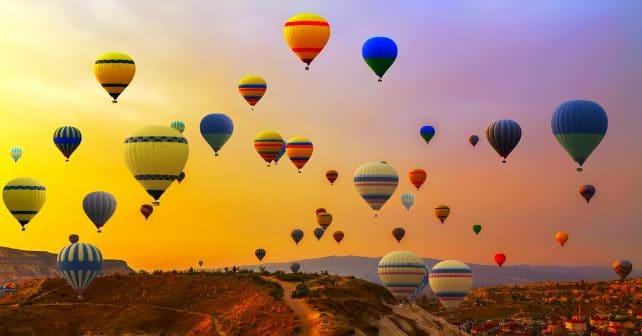 Ian Thomas, Regulatory Solutions Expert for the financial services consultancy Quorsus, examines the different derivative reporting “guidelines” used by some jurisdictions but not others, and answers the question: will Critical Data Elements (CDE) bring the harmony that the Financial Stability Board (FSB) is seeking?

There has been a lot of activity around the regulation of OTC derivative contracts, all stemming from global financial events that occurred over 10 years ago. It’s hard to believe that so much time and effort is still being expended seeking to deliver a unified global response, over a decade later. So, to really take stock of today’s developments and where we are heading next, it’s worth rewinding back to the days when the phrase we heard multiple times a day was ‘financial crisis’ rather than ‘global pandemic’.

Back when global leaders met in Pittsburgh to discuss critical transition from crisis to recovery at the G20 Summit in 2009, it was agreed that OTC derivative contracts should be reported to trade repositories (TRs). The G20 implored the FSB and its relevant members to regularly assess implementation and ‘whether it is sufficient to improve transparency in the derivatives markets, mitigate systemic risk, and protect against market abuse’.[1]

As part of this ongoing oversight on the OTC derivatives market, the FSB issued a statement in 2014 stating that aggregating data was an essential outcome of regulatory reporting and would only be possible when the work on standardisation and harmonisation of important data elements [is] completed[2].

But achieving that level of harmonisation would prove to be easier said than done for market participants, TRs and the authorities who want — and needto — use the data. With so many different regional approaches across multiple levels (data fields, asset classes, dual vs. single sided reporting, collateral reporting, responsibility for reporting, timelines for reporting, sharing of identifiers, the list goes on), data aggregation was simply not possible.

To find a way through this problem, in 2014 CPMI-IOSCO embarked on a three-year Critical Data Elements (CDE) project to develop global guidance on the harmonisation of data elements reported to TRs, including Unique Transaction Identifier (UTI) and Unique Product Identifier (UPI). The industry agreed this would be a significant piece of guidance that would go a long way to ensure each jurisdiction moves away from myopic approaches to reporting standards and further toward global consistency.

In other words, the guidance will ensure everyone will finally be in harmony…

Where we are today

Four years after the publication of the CDE guidance, and following much discussion and debate, we are finally seeing a global acknowledgement of its use in the CFTC’s re-write (and by default, the SEC’s), which uses CDE for most of the new fields included in their technical specification. ESMA too, is closely aligning itself to CDE under EMIR REFIT and ASIC’s current Consultation Paper makes clear its intention to ‘focus on rule changes to fully implement the harmonised international… identifiers.’[3]

However, it is important to remember that because CDE guidelines are just that – guidelines – anomalies will arise, meaning the scope and approach of each jurisdiction will differ.

And as one can imagine, this is exactly what has happened in the CFTC’s re-write. While many fields follow the CDE guidelines, there are exceptions. Some fields are omitted altogether, for example in the ‘Prices’ category, seven fields are omitted by CFTC (four of which are used by ESMA). CFTC has a single ‘custom basket’ field, but ignores the five CDE elements, two of which are in line to be used by ESMA. Other fields have had their guidance tweaked to suit the jurisdiction’s objectives. The CFTC re-write includes over 30 of its own fields (admittedly, some fields like the ‘USI’ are transitional, and the CFTC will finally embrace ‘UTI’ in line with other jurisdictions when their new rules go live in 2022).

While it is good to see CFTC aligning with other jurisdictions by including the ‘Collateral & Margins’ category in its new requirements, a review of the data fields show a number of inconsistencies. In fact, a quarter of the fields in this category are not CDE. Additionally, in the ‘Transaction Related’ Category, over half of the data fields are not CDE.

Jurisdictions cannot only ignore CDE guidelines, but they can also be flexible in the use of them. Both CFTC and ESMA made use of the CDE ‘Cleared’ field, but where CFTC includes all three allowable values, ESMA makes it a simple “Yes/No” field.

Interestingly, a category of fields in which CPMI-IOSCO did not venture into relates to ‘Actions and Events’ (what happened to the trade and why). Its rationale for not covering them was ‘because of the existence of different conceptual models to meet authorities’ needs’.

As it turns out, leaving the jurisdictions to work out Actions and Events amongst themselves led to considerable consistency of approach for this particular category with only a few exceptions. For example, the CFTC included a specific Action and Event combination for porting between TRs. Another example is a Novation event, where ‘NOVA’ is used by ESMA, but ‘NOVT’ is used by the CFTC. But ultimately, most Actions and Events are aligned between ESMA and CFTC without guidance from the CDE.

Despite all of this, global authorities have left the fabled Unique Product Identifier (UPI) to still be finalised. Three years after the CDE guidance was produced, there are still fundamental questions about its implementation, and different interim solutions proposed by the major jurisdictions, pending its eventual implementation. The challenges here are complex however, and worthy of a separate discussion.

Harmonisation on the horizon?

ESMA also must work around another fundamental issue, one which has caused annoyance to EU market participants from day one. The G20 summit sought the reporting of OTC derivatives, but ESMA also decided to include Exchange Traded Derivatives (ETDs) as well. Fine, I guess. But not if the market is seeking a globally holistic approach to harmonisation, as CPMI-IOSCO is. ESMA’s introduction to last year’s consultation paper[4], merely suggested only ‘certain aspects on reporting to TRs’ would be updated to align with the global guidance.

In its final rules, ESMA acknowledges that it has to make a small number of changes to CDE fields by ‘introducing only certain adjustments when necessary’, mainly because EMIR also covers ETDs, which are not the focus of CDE. These customisations necessarily place ESMA out of sync with CDE and other jurisdictions.

These examples are simple but, when compounded, create several exceptions and differences, in several different areas. And it is in these differences that the difficulties arise, with multiple templates and mapping rules. So, the FSB’s desire to see completion of the work on standardisation and harmonisation of important data elements leading to useful and accurate data aggregation will happen, but it won’t be in 2022. We will see much closer alignment, but there will remain fundamental differences, leading to further validations, and subsequent re-writes.

Ian Thomas, Regulatory Solutions Expert at Quorsus, is a regulatory advisory, implementation and change expert with over 30 years’ experience gained at tier 1 investment banks. He has held senior operations, IT and change management positions and represented banks at senior industry forums, and has significant expertise in global regulatory programmes such as EMIR, Dodd Frank, MiFID, including reporting, clearing, and risk mitigation. He also has experience of providing CASS governance and assurance.