Looking for Some Clarity on IBOR Replacement 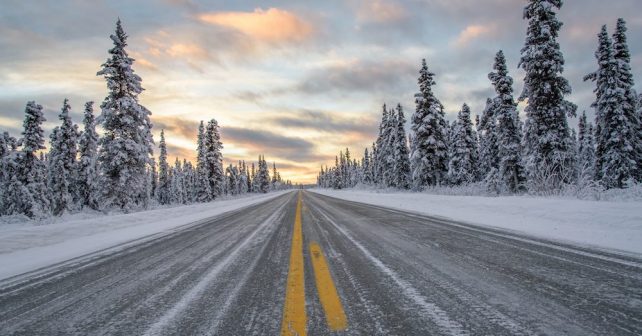 As the pressure builds globally to deal with the possible demise of various interbank offered rates (IBORs) as of December 31, 2021, regulators and industry groups have been working overtime to smooth out the bumps in the road and prevent an embarrassing pileup at the end of next year. Things have been complicated considerably by the resurgence of Covid-19, but recently a collection of regulators and industry groups made a set of announcements that they hope will clarify some of the unknowns. Whether that means that we’ll have a smooth transition off of Libor is another question entirely.

A Bit of Background

In order to understand why these groups have made some of their pronouncements, and what those pronouncements mean, we need two types of background – some basic and some very detailed. We can actually start with the detailed background.

While the IBORs, in various currencies, were becoming embedded in every aspect of banking and the financial markets, they all carried with them a well-hidden factor that is only now becoming apparent – a banking industry credit risk component. Because the IBORs are based on interbank lending rates, part of those rates is based on the perceived credit quality of the banking industry in general, although not on the credit quality of any particular bank. What was not apparent to unsophisticated users of the IBORs, like retail and corporate borrowers, was that the rate on their loans could rise if the perceived credit quality of banks in general declined, even in an economic downturn.

What became painfully apparent to the US banking industry when the $Libor working group (WG) replacement was identified as the Secured Overnight Funding Rate (SOFR) was that the new rate would not have the bank credit spread buffer built in. That created the first of several difficult situations. Either the banks would take a permanent hit by having the built-in spread that was in Libor go away, or they would have to include it as a visible add-on to their lending rates, one which might not be charged by non-bank lenders. The industry has been working through this conundrum for quite a few months.

A more basic and difficult problem is that, although the IBORs are quoted for multiple tenors out to one year, all of the global WG replacement rates are for overnight only. This issue has been recognized and discussed for more than a year but, in the US at least, there is no obvious solution. The US Alternative Reference Rates Committee (ARRC) has proposed developing a term market in SOFR, perhaps based on a market for SOFR futures, but there is nothing visible yet on that front. Another proposal has been to use overnight SOFR compounded in arrears for each tenor, but a simple mathematical analysis of that option shows its many shortcomings.

These two problems, along with some others, have made the uptake for SOFR very anemic. Across many US financial products the vast majority of transactions to date are still being done in $Libor, even though everyone in the market understands what the regulators are saying. Perhaps the most striking example is in interest rate swaps where according to ISDAmore than $97 trillion of new $Libor swaps were created in 2020, after the industry knew of the impending demise of the rate, while only $1.1 trillion of SOFR swaps were created for the same time period. Even since May almost 98.5% of the new USD rate swaps that were created were in $Libor.

As this process has moved along and, if anything, become more unclear, it is time to try and bring some organization to all this confusion. To begin with, we need to identify some of the root causes of this jumble. The first is a wide variety of instruments that use the IBORs, from very sophisticated derivatives to the most basic deposit and loan accounts, which means that the parties to IBOR transactions range from households to math PhDs. Second, with such a wide range of instruments across multiple currencies the range of regulators involved is voluminous, and that is complicated by a practice of combining instruments to achieve a desired interest rate result.

To make things even more complicated, many uses of the IBORs fall outside of clear regulatory supervision. There is no regulator who can dictate what rate can be used on, for instance, a retail mortgage or an interest rate swap, as long as both sides agree to the rate and abide by that agreement. In addition, for even one rate, such as $Libor, multiple regulators and industry groups are involved.  In the US regulators such as the SEC, CFTC, the IRS, the Federal Reserve Board, and the Federal Reserve Bank of New York have all chimed in. Then there are industry groups like the ARRC, ISDA and the AICPA. Finally there are two $Libor-specific groups: ICE Benchmark Administration (IBA), the rate administrator, and England’s Financial Conduct Authority (FCA), the Libor Regulator. And, while the ARRC has proposed SOFR as a WG-approved rate and all US regulators concur, two other rates have been proposed in the US by commercial entities, the ICE Bank Yield Rate and Ameribor.

These all boil down to two very distinct problems, with two very distinct makeups. The first is getting floating rate users to migrate from the various IBORs to the approved (or other) replacement rates for new instruments. A simple example of the problems will show why. A borrower in the USD commercial paper (CP) market may roll its borrowings every three months, setting the rate in advance, and hedge with $Libor rate swaps. That borrower will have a very hard time using SOFR swaps if that rate is compounded for three months in arrears. This is probably one reason why the SOFR swap takeup is so anemic, and why the second problem keeps growing.

That second, and very different, problem has to do with instruments in existence that last beyond the projected end date of 12/31/2021. There the nature of the problem is somewhat unclear, so the solution(s) are even more unclear. The primary problem is what happens if these instruments remain in an unmodified state after the point when their specific IBOR is no longer available. If the administrator simply stops posting the rate at a certain point, what happens may depend on the language of the specific contract. Some contracts call for the instrument to revert to another rate, called a fallback, but there are many contracts which have no such language. In certain cases, this could result in the instrument actually having a fixed rate – whatever is the last IBOR quoted.

If we look at the first problem, the slow uptake for SOFR, particularly in swaps, we need to identify the root causes first. We can identify two major causes, and what has been proposed for answers:

Then we have to look at the fallback issue, which is actually a range of issues. The first issue is the trigger – what causes the rate to revert to the fallback, and that language is generally contained in an agreement. As you might expect, there is no uniformity of language, which means that any one party may have millions of triggers to look at. Many documents trigger a fallback based on thetemporaryunavailability of Libor, envisioning technical problems being the cause. Other documents, perhaps for the same instrument type, trigger a fallback in the case of a permanentcessation of the rate. It goes without saying that a permanent cessation depends on the administrator indicating publicly that it has stopped or will stop publishing the rate. Finally, there are instruments lasting long after 12/31/2021 that have no fallback language, and thus no trigger, at all.

Then we need to consider what the rate falls back to. Here, again, the language of individual contracts can be very different. Some indicate that you fall back to the last available Libor. Others, generally retail products, indicate that the fallback rate is determined at the sole discretion of the lender. However, given all the uncertainty about term SOFR and the bank credit risk component, virtually no contracts have  fallback rate that reflect the current possibilities.

In the midst of all this, on November 30th the ARRC issued a press release covering, “announcements by LIBOR’s administrator, its regulator, and U.S. regulators, regarding the proposed path forward for the transition away from U.S. Dollar (USD) LIBOR.” Among those announcements was “plans to consult on specific timing for ceasing the publication of USD LIBOR, with proposed end dates immediately following the December 31, 2021 publication for the one week and two month USD LIBOR settings, and the June 30, 2023 publication for other USD LIBOR tenors.”

On the same day the Federal Reserve Board issued a statement that, “LIBOR’s administrator, ICE Benchmark Administration Limited (IBA) will consult in early December on its intention to cease the publication of the one week and two month USD LIBOR settings immediately following the LIBOR publication on December 31, 2021, and the remaining USD LIBOR settings immediately following the LIBOR publication on June 30, 2023,” and that, “The FCA indicated it will, in coordination with US authorities and relevant authorities in other jurisdictions, consider whether and, if so, how to most appropriately limit new use of USD LIBOR by supervised entities in the UK, consistent with the FCA’s objectives of protecting consumers and market integrity.”

Then on December 7th the ARRC released a Guide on the Endgame for USD LIBOR and ISDA hosted a webinar on this subject. As a result, everyone expects IBA to “cease the major USD LIBOR tenors in mid-2023 [overnight, 1M, 3M, 6M, 12M] and two little used USD LIBOR settings at the end of 2021 [1 week, 2M].” In a section on US banks, the guide also “explains that the June 30, 2023 cessation date should allow most legacy LIBOR contracts to mature, but noted that new USD LIBOR issuances after that ‘would create safety and soundness risks.’ Any issuance in 2021 should ‘either utilize a reference rate or have robust fallback language.’ The guide indicates that, “The FCA, LIBOR’s  regulator, welcomed and supported the proposed cessation dates” and “will coordinate with relevant authorities to consider whether  and, if so, how to most appropriately limit the use of USD LIBOR by supervised entities in the UK.”

So, where does all this leave the markets? Actually, with more than enough unanswered questions. To wit:

So, have I made myself clear? I thought not.

George Bollenbacher was until recently the Head of Fixed Income and Currencies at Tabb Group. He spent twenty years as a bond trader and ten years in the technology business, where he earned an IBM Patent Achievement Award for a multi-market trading system. For the last 20 years he has assisted banks, asset managers, and custodians in implementing process and technology changes, including the replacement of the Libor rates. He is the author of The Professional’s Guide to the US Government Securities Market and The New Business of Banking, as well as many articles on the evolution of the financial markets.