The Brewing Stormlet in Cleared Swaps 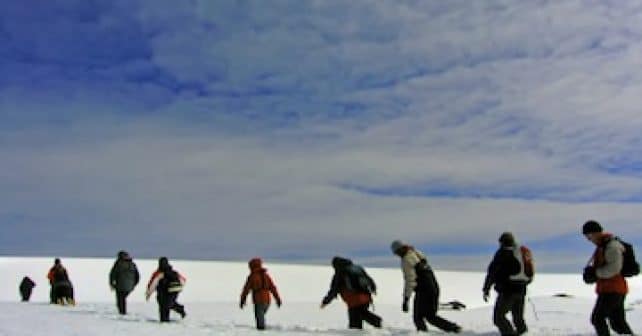 There’s a small storm brewing in a corner of the swaps market which may or may not become a big deal. Whatever happens, everyone needs to become familiar with the possibilities, and plan for the possible changes, which are happening very soon.

What It’s All About

The issue relates to cleared OTC derivatives, which the BIS currently shows as $347 trillion in global outstanding volume. For that group of swaps the clearinghouse, or central counterparty (CCP), collects and holds margin, both initial and variation – initial from both sides and variation from one side. Since the holder of that margin collateral receives any interest paid during the holding period, even though it isn’t the actual owner, the collateral holder has to pay to the collateral provider something called price alignment interest, or PAI, as compensation. PAI is often referred to as “the overnight cost of funding collateral.” In addition, certain market values are discounted by the CCP at the same interest rate.

For the CME and LCH, as well as for most lesser CCPs, that interest rate has been either at the Effective Fed Funds Rate (EFFR) or EONIA, but that is about to change. Going forward, $-denominated PAIs and discounts will be calculated on SOFR and €-denominated will be calculated on €STER. However, like every other reference rate change, it’s not that simple. The question is – how do we get from one shore to the other without falling into the river?

One question before we go further: How big a deal is the discontinuity between SOFR, overnight $Libor and EFFR? I looked at these three rates on a daily basis for YTD 2020, and here’s what they look like:

We can see that there was some discontinuity during the very volatile pandemic period in March, but otherwise they are within an average of 3 BP of each other the rest of the year, which might raise questions as to why we’re undertaking this exercise at all. But we are, so next we need to determine…

By now we know that there are two fundamental changes when going from one of the old reference rates to the new ones: 1) the tenor conversion and 2) the credit risk component. Because all the PAI and discounting has been based on an overnight rate already, issue number 1 doesn’t apply here, but issue number 2 does. Both EFFR and EONIA, as well as all the other IBORs, are based on interbank unsecured lending, which means that they incorporate the credit risk assigned to banks in general by the market. While €STER is also an interbank unsecured rate, SOFR is a repo rate using Treasury collateral, meaning that there is virtually no perceived credit risk involved in it.

Thus we have a rather tricky transition from EFFR to SOFR in this usage. Simply jumping from EFFR to SOFR will result in a somewhat lower PAI and discounting rate, and thus an economic benefit to the paying party. One correction possibility is to add a credit spread to SOFR to make it equivalent to EFFR, but that only works at the point of transition. Thereafter, if the perceived credit quality of US banks in general changes, the SOFR-plus-spread will no longer equate to what the EFFR would be. One could set up the spread to track the EFFR over time, but that assumes a reliable EFFR, and if we had that we wouldn’t need to go through this whole exercise in the first place.

In September the International Swaps and Derivatives Association (ISDA), along with Linklaters, hosted a webinar on the subject of Collateral Changes for US Dollar and Euro Derivatives. Contained in the accompanying presentation were some insights into how this transition might go, as well as some of its implications. To begin with, this webinar only addressed two CCPs: the CME and the LCH, who have the lion’s share of clearing for US and EU derivatives.

However, the transition from EFFR to SOFR is more complicated. For that the webinar said, “Value compensation: Cash compensation will be payable between the CCP and each CM to compensate for the change in value of each US dollar-denominated position (house and client) on the transition date as a result of the switch from Fed funds to SOFR discounting…Risk compensation: Fed funds vs SOFR basis swaps will be allocated to all accounts at the CCP (other than, in the case of LCH, client accounts who have opted out of receiving such swaps)…Auction process: CMs may dispose of/bid for discounting risk swaps which are not wanted by clients in an auction held by the CCP.”

Perhaps more importantly, the two CCPs have different approaches for EFFR-to-SOFR, although both plan to use October 16thas the transition date. Specifically:

The transition process itself:

But perhaps the biggest difference is in the area of auctions:

Finally, the deadlines for opting into or out of the auctions:

Because this is such a complicated transition, in July the CFTC published a Discounting Transition Tabletop Exercise, which lists and discusses the following seven scenarios:

In addition, the CFTC highlights the main differences between the two CCPs’ approaches:

One other important piece of reading is ISDA’s Collateral Agreement Interest Rate Definitions, which document covers much more than just the definitions of the rates. For example, it has a section on “Parties responsible for determining the appropriateness of the Collateral Agreement Interest Rate Definitions,” and covers such additional definitions as: Index Cessation Event, Negative Interest Protocol, and Interest Rate Override. Each rate section also covers not only the rate itself, but such things as fallbacks.

Finally, the ISDA webinar highlighted key issues for the transition from EFFR to SOFR:

The ISDA/Linklaters webinar covered quite a bit more on this subject, so anyone who is involved in cleared derivatives should get in touch with either of the sponsors to get a complete rundown on this potential thunderstorm. After all, you don’t want to get caught in a downpour without your umbrella.

George Bollenbacher was until recently the Head of Fixed Income and Currencies at Tabb Group. He spent twenty years as a bond trader and ten years in the technology business, where he earned an IBM Patent Achievement Award for a multi-market trading system. For the last 20 years he has assisted banks, asset managers, and custodians in implementing process and technology changes, including the replacement of the Libor rates. He is the author of The Professional’s Guide to the US Government Securities Market and The New Business of Banking, as well as many articles on the evolution of the financial markets.