The Slow Demise of LIBOR: Why the IBOR Transition is Slow Moving 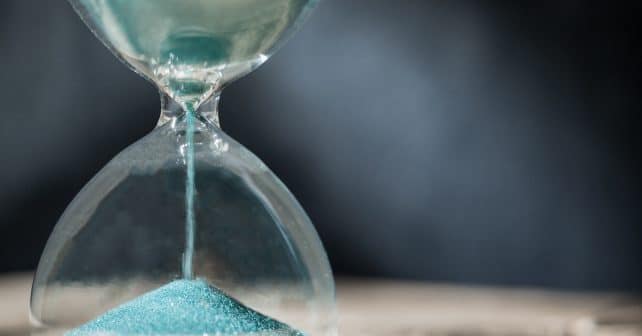 LIBOR may be tainted by scandal but why is the market so slow at moving on? Lynn Strongin Dodds looks at the operational and legal challenges industry participants will encounter during the IBOR transition now and ahead of the 2020 deadline.

Although 2021 is seemingly in touching distance, there is still hope in some quarters that there will be a stay of execution for the London Inter-bank Offered Rate (LIBOR). This may be wishful thinking. While there are still loose ends to be tied, regulators, especially the Financial Conduct Authority (FCA), are steadfastly intending to ring the death knell. This is why market participants are being advised to start laying the groundwork now.

“The FCA has been very clear and strong in their rhetoric that if market participants are not prepared it will be their fault and that LIBOR would be given priority and time,” says Nick Chatters, investment manager, fixed income at Kames Capital. “If the FCA would row it back, it would be a huge hurdle for them. Personally, I am not sure it is a hard stop, but the industry is definitely moving away from LIBOR.”

Andrew Bailey, the head of the FCA did not mince his words two years ago when he said that the end would be nigh in 2021. In the US, the Federal Reserve -sponsored Alternative Reference Rates Committee (ARRC) set out a ‘paced transition plan’ to sequence the adoption of SOFR. This covers derivatives—both on and off exchange—and the creation of a forward-looking rate for loans, bonds and mortgages.

The complexity and resources needed to transition over $240 trillion of financial instruments from LIBOR to the alternative Risk-Free Rates (RFRs) was never underestimated. This explains why, as a new report from Oliver Wyman entitled “Time to Switch Rates”, points that although progress is being made, there is still much to be done as the vast majority of new business continues to reference LIBOR rather than RFRs, particularly in the US Dollar exposures and global loan markets

According to the report, to date, “LIBOR-based contracts are still being entered into at a rate little reduced from 2017.” Little has been done to move existing contracts, of which many last beyond 2021, off Libor. However, some countries and regions are farther along than others. For example, the UK’s sterling overnight index average (SONIA) has seen the most traction because of its historical roots to the existing British Pound Overnight Index Swap (OIS).

Launched in 1997, it was reformed in April 2018 as a LIBOR replacement and according to the Oliver Wyman study, there is already a large volume of SONIA swap trades – $7 trn notional cleared by LCH in Q1 2019.  This represents 40% of the total British Pound Interest Rate Derivative notional, albeit weighted toward the traditional OIS short-dated market.

Meanwhile, in the US, the country has had to start from scratch. The Oliver Wyman research shows that the Secured Overnight Financing Rate (SOFR), introduced in mid-2018, has seen increased trading on the swaps front but it still lags far behind when compared to British Pound. SOFR futures has made more progress with around $1trn traded in March 2019 although this still only accounts for 1%of LIBOR futures trade counts.

As for Europe, it is still on the ground floor with the European Central Bank (ECB) only recently announcing the Euro short term rate (€STR) as a replacement for euro overnight index average (EONIA), which like LIBOR was based on quotes from banks.  “SONIA has existed for years but there is still uncertainty as to the take-up of €STR as the ECB has implicitly and explicitly said that Euribor (which is far more widely referenced than EONIA today) will continue,” says Xavier Pujos, partner at consultancy Sionic Global. “However, Euribor will have to be made compliant with the Benchmark Regulation and Directive. Volumes traded on LIBOR products still outweigh volumes on RFR by quite a ratio, even more so on Bonds (FRNs) than in Swaps, and in Euro more than in GBP.”

There are though other factors impeding the move from LIBOR to these RFRs. One is the lack of adequate “fallback” terms in contracts, stating what rate should apply when Libor disappears. For example, there may be existing contracts that say if LIBOR is not published the previous day’s rate must be used, but that is meant only as a temporary fix. A second issue is that overnight rates lack the term structure—one-, three-, six- and 12-month rates—intrinsic to LIBOR. It is not hard to calculate backward-looking averages, but it is a big change for the industry. Borrowers are used to fixing interest payments in advance, rather than having to wait until the end of the period to know the precise rate they face.

Industry groups have been hard at work to develop new provisions for IBOR-referencing transactions. The International Swaps and Derivatives Association (ISDA) will amend its standard documentation in order to implement fallbacks for certain key IBORs and will also publish a protocol so that market participants can include fallbacks within their legal IBOR contracts, should they choose to do so. Also, the Alternative Reference Rates Committee (ARRC), have released their recommended contractual fallback language for both USD floating rates notes and syndicated loans that are LIBOR denominated.

Although a uniform approach is preferred, many do not believe it is necessary in the short term. “A consensus on fall back provisions would be ideal, but not necessary or even practical in some cases. In practice, industry standards and contractual language evolve, and fall back provisions may get standardised over time as voluntary adoption becomes wider., says Shailen Patel, Associate Partner, Wealth and Asset Management, EY–  “It would be desirable to have standard terms (e.g. payment and interest calculation conventions) for a given asset class and country, but consistency of fall back language across asset classes or countries may not be realistic.”

Against this backdrop it is perhaps understandable that market participants are not expected to be RFR ready by 2021.  A recent survey entitled “Liboration – A practical way to thrive in transition uncertainty” published and published by Accenture found that 84% of the 177 investment banks, commercial and retail banks, corporates, asset managers and insurance companies polled have a transition blueprint.

One reason is that there is a long checklist of things to do although the first step for firms, according to Murray Longton, principal consultant at consultancy Capco, is to conduct an initial impact study in terms of the effect on clients, processes, controls and operational procedures. “They have to ask what does the transition mean for existing and future contracts, the re-papering of contracts and client strategy?” he adds.

Ann Battle, Assistant General Counsel, ISDA also stresses the legal implications “The first task is for firms to understand their legal documents, including where they reference LIBOR,” she says. “It is important they have visibility and understand how complex it will be to change these references in order to address their exposure.”

Julia Hobart, partner at Oliver Wyman also emphasises the significance of firms “understanding the positions they have. It is important that they build an inventory of exposures because the more you dig the more involved you realise it is.”

Her colleague and fellow partner Serge Gwynn adds that firms have to comprehend the economic impact of the transition such as switching to the new fallbacks. They also should be aware of the conduct risks of moving to a new benchmark, as well as the operational risks in terms of whether the systems are ready to trade new overnight-rate-based FRN products.

Patel agrees, adding managing conduct challenges, such as conflicts of interest, independence and treating the end investor fairly, should not be misjudged. Moreover “Identification of documents and re-papering is being found to be voluminous by firms that have begun to move beyond initial impact assessments, whilst the training of distribution and relationship management teams to be able to communicate with customers in a risk managed way is proving to be a challenge in the absence of set timelines and definitive solutions,” he adds.

Devil in the detail

On the more nitty gritty level, Paul Kaufman, Treasury Practice Leader and Managing Director at Broadridge notes that firms have a plethora of complicated tasks to tackle. These range from the cross-currency basis risk / credit spread to the valuation complexity. For the former, firms will need to develop approaches for managing cross currency basis risk for varying RFRs while on the latter valuation techniques will require a multi-rate environment supported by dynamic curve building and development. Curves and bases for dollar-denominated instruments will need to be modelled in LIBOR, OIS and the new RFRs and will expand exponentially to encompass multiple currencies.

Kaufman’s list also includes hedge accounting whereby firms need to ensure that financial instrument bundles qualify and are recognized as eligible hedges. They also will have to develop accounting treatment that covers any initial mismatches. Fallback Provisions are also important and entail analysing contractual language and affected counterparties with more granular detail. The amended contracts have to address the permanent discontinuation scenario but there also needs to be a strong communication plan with clients

Although it is difficult to predict whether the light for LIBOR will go out in 2021, many market participants do expect tailored benchmarks to become a feature on the market. I think we will see a series of more bespoke products that better reflect client’s requirements,” says Alex McDonald, chief executive of European Venues and Intermediaries Association (EVIA), a trade association that represents London’s brokers and trading venues. “I also think there will be a plethora of more holistic solutions developed because the RFRs will become to be seen as a building block component for a valuation, but alone are not good for many firms.”