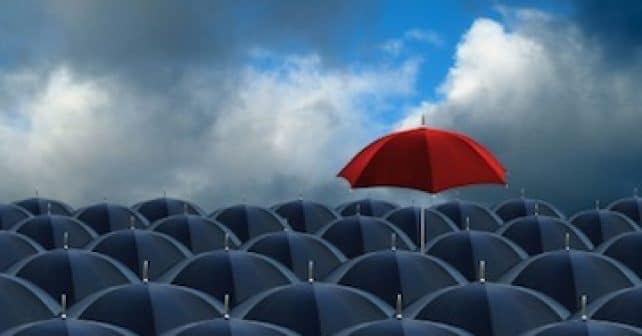 The EMIR Refit Regulation (“Refit”) was published in the EU Official Journal on 28 May 2019 and entered into force on 17 June 2019.  Designed primarily to make the original EMIR regulation (648/2012) more proportional by reducing costs and regulatory burdens on corporate entities, the Refit amends clearing thresholds, reporting obligations and counterparty classification of the original regulation.

While industry press coverage has been devoted to some aspects of the Refit, one component of the Refit has not received the attention it merits: the Refit mandates that Initial Margin (IM) models used by EU counterparties subject to uncleared margin rules (UMR) receive authorisation for initial model validation prior to usage by their applicable regulator. Heretofore in the EU, a self-attestation letter ahead of IM model usage sufficed.  Prior to the Refit, IM model regulatory initial validation had been a requirement in the US, HK, Australia, and South Africa only.

For EU counterparties subject to UMR, the pre-Refit luxury of implementing a proprietary IM model without having to secure some form of regulatory validation looks likely to disappear.  The impact on affected counterparties could be onerous, securing regulatory approval to use an IM model is not a light burden as we have seen in the early phases of regulatory IM go-live in the US. Similar model validation could be more burdensome for non-dealer firms that are caught by UMR in Phase 5, and by the newly announced Phase 6, therefore a proportionate response given the more resource-constrained nature of these firms would be welcomed.

All Hinges on the Regulatory Technical Standards

The exact nature of Refit-mandated initial validation hinges on the European Supervisory Authorities’ drafting on the Regulatory Technical Standards (RTS). Counterparties are awaiting guidance within the RTS to provide detail on which counterparties will have to apply for model validation, and for which IM models they will have to apply.  The trade association ISDA has been a strong advocate for lighter model approval requirements for non-dealers.  On 17 May 2019, a group of industry bodies, led by ISDA, collectively submitted a letter to the ESAs requesting that the authorities draft the forthcoming RTS on IM model approval to specify that

If ISDA-led advocacy is successful, those using ISDA’s broadly adopted IM model, SIMMTM, will not have to apply for initial IM model pre-approval, and non-dealers will not have to apply for pre-approval.  Essentially, as there are no firms using IM models outside of ISDA SIMMTM and schedule to date, the status quo would continue unless a firm chose to develop and use a non-SIMM IM model.  Whether this request for relief through the RTS is granted remains unanswered.

The lack of broader-focused attention on the potential model requirement in the EU is attributable to widespread and misplaced belief that if an EU counterparty chooses to utilise SIMMTM, then there is no regulatory approval issue for that applicant counterparty.  The natural assumption is that approval should be a given since Phase 1 to 4 counterparties already exchanging regulatory IM are actively using the SIMMTM model.  Why would there be an issue obtaining approval to use a model that has already been implemented by most impacted dealers?  However, SIMMTM’s dominance as an IM model does not necessarily mean the process of applying to use it is a formality and herein we highlight some of the existing misconceptions around the process of applying for regulatory IM model validation for the benefit of EU counterparties that will potentially be subject to this requirement.

Sadly, this is not the case.  While it is true that ISDA SIMMTM has become the margin model of choice for uncleared derivatives, the application requirements for IM model approval are equally extensive whether the applicant proposes to use ISDA SIMMTM or another proprietary model.  In the run-up to each successive phase of margin reform, regulators have taken steps to emphasise this fact.  Ahead of Phase 2 implementation, Alessandra Riccardi, Managing Director Capital and Risk OTC department at National Futures Association (NFA) perhaps summed up the regulator’s stance in the NFA’s 21 November 2016 webinar on margin model approval: “It is our understanding that most, if not all, Phase 2 firms will seek to implement the SIMMTM. However, the process we’re describing would be the same for firms that might decide to adopt a different proprietary internal model.”  While the statement originates from a US regulator, the hope is that rules harmonise to create an even playing field for all firms.

In the EU under the Refit, contrary to the approach for model approval undertaken in the US, your dealer’s approval will not negate this requirement.  For firms’ subject to UMR, a sensible approach is to apply early for model validation, allowing for a re-submission if you are unsuccessful.

Firms should bear in mind that if they have not received approval to use SIMMTMby the deadline to do so, they may have to use the schedule grid to calculate initial margin until this is granted. While there are industry whisperings of a phased implementation being a possibility, such an announcement has not been made.  The use of schedule grid, with its limited netting benefits, significantly increases the IM requirements and will impact funding costs. By ISDA’s estimation, grid-based IM amounts for phase 5 & 6 portfolios two years into the uncleared margin requirements will, on average, be more than twice as expensive as those using SIMMTM. As regulatory turnaround for model validation may not be rapid, firms that have not received approval by the EMIR-mandated initial validation cutoff date bear the risk of having to use schedule grid for a longer timeframe than anticipated.

We’d highlighted ISDA’s 17 May 2019 letter to the ESAs seeking relief from model approval requirements.  The letter echoed their earlier 12 September 2018 letter to the BCBS-IOSCO committee requesting the exemption of non-dealer counterparties from prudential-style governance of IM models designed for bank capital standards.  Given the BCBS-IOSCO’s blessing for a one-year extension of the final implementation phase of UMR, it could be considered unlikely that there will be further delay or scaling back of regulatory requirements, although advocacy efforts are ongoing.

It is the fundamental objective of the EMIR Refit to make the framework more proportional.  Counterparties waiting for such relief should utilise the time they have preparing and working towards IM model development, implementation and governance for validation purposes rather than waiting for mitigation that may not arrive.

While a firm subject to UMR might be inclined to assume this is the case, recent history might indicate that this is not so. If US regulatory activity might serve as a proxy for how closely EU regulators will be reviewing margin model documentation, the indication is that model documentation will be reviewed closely. In October 2018, the NFA’s Business Conduct Committee found that a swap dealer used inadequate processes to assess the risks of its uncleared swaps and back test, benchmark and validate its margin model. This resulted in a fine by the NFA of USD900,000. The NFA also reviewed the steps taken by the dealer to satisfy the initial margin and variation margin collection requirements and concluded that it “failed to supervise diligently its business activities related to margin and model monitoring, and repeatedly submitted inaccurate, incomplete and inconsistent information”.  In this instance, the review was certainly completed with scrutiny.

While the fine was imposed in the US, the European Supervisory Authorities (ESAs) were most certainly watching.  It is unlikely that they would want to be less stringent than their counterparts across the pond.

Beyond the Initial Validation Process

While model validation in the EU will be new under the Refit, the ongoing requirements around model validation remain.  In the EU, backtesting monitoring is required to be conducted on a continuous basis, whereas in the US, it is on an ongoing and periodic basis. EU requirements are explicit in that on a quarterly basis they call for a comparison between the risk measures generated by the model and the realised market value of derivatives in the netting set. Another component of the ongoing monitoring backtesting is comparing the actual P&L values against your SIMMTM values to validate the models’ integrity and accuracy.

Benchmarking takes place on an annual basis across the industry and is co-ordinated by ISDA. The benchmarking validation is tested against observable margin standards, which means taking a test or real portfolio and comparing the SIMMTM calculation to that against the margin a clearing house would require for similarly cleared transactions.

In addition, there are requirements of governance. These range from internal requirements such as documentation which could entail model development, model governance and escalation, committee notification or approval and annual audits. Externally, there is a two-tiered governance structure for the largest broker-dealers which provides technical model experts to address market and regulatory concerns and to ensure broad adoption and continued use of the SIMMTM. This maintains the integrity of the model within the multi-jurisdictional regulatory framework.

In short, once you receive approval to use SIMMTM, the requirements do not end there.

The takeaway here is that EU counterparties need to be readying themselves now for model initial validation. Delaying preparations and waiting for uncertain regulatory relief may well leave your firm in the position of having to use grid rather than SIMMTM. With less than a year to go for Phase 5, all EU firms (Phases 5 & 6) subject to UMR should be preparing for IM model compliance. Even for counterparties taking the stance that RTS-based regulatory relief could be coming, that IM model validation may be phased in or delayed (or perhaps even negated for non-dealers), developing a pending timeline and strategy for obtaining model validation or approval is a sensible approach.

Fortunately, assistance is available. Leveraging the use of an external consultant, one that has been through the model approval documentation and submission process can help lessen the load.  When engaging a consultant for purposes of UMR adherence, selecting one that has navigated the process of model approval in jurisdictions where it is already required will provide some peace of mind through a process that is new in the EU.  After all, the most rigorously tested regulatory IM exchange process is of limited value if the outcome is that your firm is prevented from using SIMMTM because it hasn’t met the requirements to do so.