The Slow Road to Blockchain in Derivatives 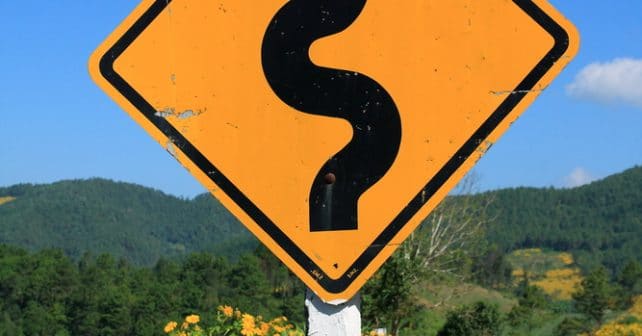 DerivSource reporter, Lynn Strongin Dodds looks at the reasons why it has and will take time for the technology to make its mark in the post-trade derivatives world

While blockchain continues to create a significant amount of buzz, progress has been slow on the derivatives front. The advantages of automating its complex and inefficient processes are obvious but the lack of standardised rules and in-house expertise continue to be major hurdles to acceptance.

“Given the convoluted and complex nature of derivatives and its supply chain, blockchain makes sense,” says Paul Dobbs, Director, Group Risk, Regulations and Capital at Sionic Global. “There are too many people and manual/semi processes involved post trade. However, the fact is that the technology is still not broadly adopted. One reason is that financial services in general was late to the party to look at blockchain and what I have seen is that there is still an insufficient level of internal expertise to roll it out and gain acceptance throughout an organisation.”

The other issue he notes has been around performance and governance in a time when regulations demand a greater insight into transparency, but also the performance needed in the market. “There are still questions as to how governance can be applied sufficiently and there needs to be more information in terms of roles and responsibilities along the chain if something goes wrong,” he said.

Dobbs’ views are underscored by a recent white paper issued by The Depository Trust & Clearing Corporation (DTCC) and Accenture which states that distributed ledger technology’s (DLT’s) full potential will only be realised with the implementation of a strong, transparent and accountable governing approach. Together they set out their own DLT governance operating model, along with an initial set of management tools to manage the rules, policies, standards, membership, processes and controls. Practices addressing exceptions and other issues that may arise on a DLT platform were also included on the guidelines.

Their baseline principles comprise of uniform standards and management structures to ensure the application and ongoing operation of the network places a high priority on security and soundness. As for management, the focus, is among other things, on the onboarding of a new network member and its interactions during participation as well as the steps needed to off-board a member. The white paper also touches on runtime operations, data governance, third-party management, platform management and legal and finance functions.

Currently, most participants use a complicated set of processes and reporting formats to meet both internal and external regulatory requirements. Platforms also vary with, for instance, Bitcoin, R3, Ethereum and Hyperledger having differing implementations, data formats and interchange, and directories which results in a lack of interoperability among the different blockchain offerings.

Varying data structures is also a major issue. As Brian Nolan, CEO of technology vendor Finteum notes, “shared data records between counterparties relating to legal agreements, valuations, etc. have been used in areas such as trade finance and the resolution of cross-border reconciliations, but it has yet to be applied to its full potential in the derivatives space.”

Getting everyone on board

These issues were also raised at a recent Gartner IT Symposium/Xpo 2019.  The general consensus was that although the advantages have been well documented and recognised, getting everyone singing from the same digital hymn sheet is still not an easy task. In fact, the IT consultancy predicted in a press release that it could take another three to five years before standards, regulatory frameworks and organisation structures reach what it calls the ‘Plateau of Productivity’ – the point at which mainstream adoption takes off.

In the meantime, industry initiatives will continue to percolate although to date, only two projects are garnering the most attention – the International Swaps and Derivatives Association (ISDA) Common Domain Model (ISDA CDM) and the DTCC-led credit derivatives processing. The clearinghouse expects to go live later this year with a blockchain-based trade information warehouse which covers approximately $10 trn of cleared and bilateral credit derivatives. Add source or reference It has been in the testing phase with 15 of the world’s largest global banks, they have been conducting end-to-end, structured user acceptance tests, leveraging simulated use cases and test data as well as validating the interaction between systems, firms and other key market infrastructure providers.

As for the ISDA CDM, it was first launched two years ago with an updated version released earlier in the year. The objective remains the same – to develop a common blueprint for events that occur throughout the derivatives lifecycle, with the hope of generating greater automation and efficiency at scale. See DerivSource Podcast on ISDA CDM

The ISDA CDM 2.0 is also being used in the second testing phase of the Digital Regulatory Reporting (DRR) pilot for derivatives – a UK initiative led by the UK’s Financial Conduct Authority (FCA) and Bank of Englandto explore the use of technology in helping firms meet their regulatory reporting obligations and improve information quality. The model intends to help firms understand the viability in meeting both position-based and transaction-based reporting requirements from the same trade data. It also hopes to harmonise reporting triggers to allow the same information to be reported at the same time.

Although CDM is technically not a blockchain-specific project, the promise of data standardisation, of course, is seen as a prelude for the technology. To this end, ISDA has joined forces with Digital Asset to develop an open-source reference code library to streamline and systematise the creation of derivative life cycles as determined in the ISDA CDM. This encompasses everything that occurs during the trade, from terms agreements to contract negotiations and termination.

At the moment, processes have several numerous complicated steps. For example,  generating payments involves rolling out a calculation schedule and applying date adjustments, before calculating day-count fractions and interest amounts as defined in the ISDA CDM.

Kelly Mathieson, Head of Enterprise Solutions at Digital Asset, notes that following their success at Barclays DerivHack in London last year, they “worked closely with ISDA to create an event specification model that tackles the practical implementation of CDM.

“We worked closely with ISDA to define the critical events throughout the derivatives lifecycle that needed to be standardised in order to provide for the successful adoption of the CDM,” she says, adding that although the event specification module for the ISDA CDM applies specifically to derivatives, in the future there will be greater interest in using smart contracts for margin and collateral management.

Barclays blockchain DerivHack, which was sponsored by ISDA, Deloitte and Thomson Reuters, gave firms the opportunity to showcase the best blockchain solutions to increase the efficiency of post-trade processing of derivatives contracts.

The industry has welcomed the CDM project. As Nolan puts it, “we think the ISDA CDM is an important initiative. We would like the industry to engage with it and consider whether and how to integrate and adopt it so that it can reach its full potential. We believe that it could have a large and valuable impact if the industry sees the benefits and there is widespread adoption.”

A Deloitte report entitled “Future of Post Trade – Shifting the Cost of the Curve,” echoes these sentiments and notes, participants believe it is a step in the right direction and ISDA should be encouraged to continue the development of the CDM as a catalyst for DLT adoption.  “The next step will be creating DLT protocols and engaging solution providers, which will then be incentivised to find methods of standardisation for enterprise-grade adoption across industries and ecosystems,” according to the study.

This is the second episode of our podcast series on “Market Conduct, Personal Account Dealing: How to...