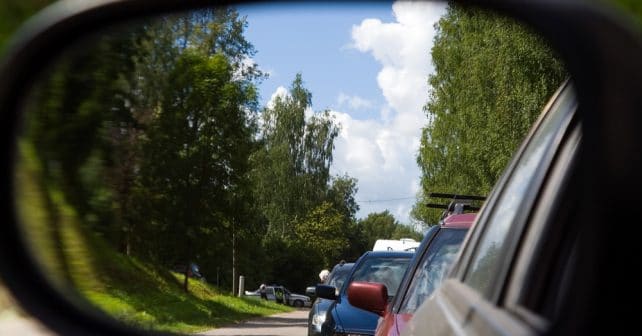 DerivSource Reporter, Lynn Strongin Dodds, looks at the G20 recommendations on CCPs, SEFs and regulatory reporting and the changes that were triggered

Since the G20 recommendations, it has been difficult to keep track of the many moving pieces of regulation. The derivatives market, for example, has been touched by the European Market Infrastructure Regulation (EMIR), MiFID II and Dodd Frank. Although the ramifications are still reverberating, they have delivered on the promise of central clearing and electronic trading although there is a long list of issues to still be addressed. The jury is still out over regulatory reporting.

“The objective of the clearing mandate has been realised with high numbers of instruments being cleared,” says Dr. Audrey Blater, Senior Research Analyst at Aite Group. “The part of the market that has not been cleared is a function of what is permissible such as swaption or cross currency swaps. However, this could change with the uncleared margin rule which could push market participants to voluntarily clear anything they can.”

She adds, “The reason some participants can’t clear OTC is because it’s not available to clear at a given CCP. Cost is a factor also but UMR (Uncleared Margin Rule) may mitigate clearing cost because it may prove even more costly to provide margin on a non-clearer book.”

“The reason some participants can’t clear OTC is because it’s not available to clear at a given CCP. Cost is a factor also but UMR (Uncleared Margin Rule) may mitigate clearing cost because it may prove even more costly to provide margin on a non-clearer book.”

While the UMR was first mooted by the Basel Committee on Banking Supervision (BCBS) and the International Organization of Securities Commissions (IOSCO) in September 2013, the final version did not appear until 2015 and there has been a phased in approach with the last counterparties reaching the finishing line by September 2020. It requires market participants to protect themselves against counterparty credit risk by exchanging collateral in the form of initial margin (IM) and variation margin (VM) for uncleared OTC derivative transactions.

Research from Clarus Financial Technology, the derivatives analytics provider, said that the first few years of the roll out of uncleared margin requirements has only led to a small shift in outstanding notional of derivatives into central clearing.  However, it notes that a surprisingly large portion of the residual uncleared outstanding notional is exempt from the regulation, such as deliverable foreign exchange derivatives which is stands at $93 trn versus $114t trn for interest rate derivatives (IRD).

However, as with all legislation, there have several bumps along the road. “CCPs have successfully extended their model to accommodate mandatory clearing, but they are typically risk-averse and can be slow to change,” says David Field, Head of Prime Services & Securities Finance at Delta Capital, a business and technology consultancy. “The market still has a rump of non-clearable derivatives and the largest 20 market participants are now posting around $80bn of initial margin to each other, at a funding cost of 80-100bps.  IM could double in the next 12 months, which will create significant market drag. We are seeing several innovations seeking to reduce this.”

There has also been fears over recovery plans which were highlighted in a recent speech given by Sir Paul Tucker, former deputy governor for the Bank of England, and current chair of the Systematic Risk Council, an independent regulatory advisory organisation.

The view was that the financial stability of a CCP was not being treated with appropriate concern and there were no plans in place if a recovery failed other than a government bailout. Tucker said, “All I know is that if one of these CCPs fails, and the recovery plan fails and there is no resolution plan, it will be an absolute calamity in global markets. The sad truth is that what can happen, eventually will happen, and the single most important lesson of the crisis of 2007/08 is that it is just absolutely vital to prepare.”

Concentration risk is also a worry and one that was flagged in a study conducted by the Financial Stability Board, the Committee on Payments and Market Infrastructures, the International Organization of Securities Commissioners and the Basel Committee on Banking Supervision. The results echoed the 2017 report that found 88% of financial resources, including initial margin and default funds, sat in just 10 CCPs. Of the 307 clearing members included in the analysis, the largest 20 accounted for 75% of financial resources provided to CCPs.

“While the regulation’s objective was to ensure greater safety and reduce the systematic risk between banks and their counterparties, the concern has shifted towards concentration risk,” says Christian Lee, Partner at global consultancy, Sionic Global. “The cost of the regulation has squeezed out the mid-sized players and we have ended up with a handful of large global investment banks and CCPs. While the banks are in a better place, the question now is what happens if there is a CCP failure and how can it be mitigated.”

“While the regulation’s objective was to ensure greater safety and reduce the systematic risk between banks and their counterparties, the concern has shifted towards concentration risk.”

Regulators are exploring this and in April, the European Securities and Markets Authority (ESMA) published its framework on the third EU-wide CCP stress test exercises which will include a new component to measure the cost of liquidating concentrated positions. The aim is to assess the resilience and safety of European CPPs in stressed market conditions and to identify any potential shortcomings. ESMA had said UK CCPs would be excluded from the exercise in the event of a no-deal Brexit.

As for SEFs, they got off to a rocky start in 2013 but volumes have steadily increased and between 40% to 45% of interest rate derivatives traded in the US (on a notional basis) have been executed on-SEFs since 2016, according to a report by TABB Group – “Streamling SEFs, New Year New Rules“. However, it notes that new proposals from the Commodity Futures Trading Commission (CFTC) would shift daily notional traded volumes significantly, migrating upwards of $1.9 trn.

At the beginning of the year, the CFTC proposed meaningful revisions to the framework governing swap trading through SEFs and designated contract markets. Many of these amendments were in line with recommendations contained in CFTC Chairman J. Christopher Giancarlo’s white paper on swaps regulation reform, published in March 2018, as well as other comments of market participants.

The amendments aim to eliminate current requirements for the use of order book and/or request for quote (RFQ) methodologies for certain categories of swaps that are subject to the mandatory trading requirement under the Commodity Exchange Act (the CEA). They would instead allow execution of swaps through a SEF or Direct Clearing Member (DCM) using a wide range of execution methodologies.  The proposals also explore an expansion of the categories of swaps that would be subject to the mandatory trading requirement.

The aim is simplify the regulation of the US SEF market as well as dramatically expand the number, with estimates that up to 60 new SEFs might register. There is also the hope that up to 28% of total US swap trade volume might move from off to on SEF. Colby Jenkins, Author of the TABB report believes that if the proposals materialised in their current form, the IRD market would have the “greatest potential” for transformation. Over half of the notional volume traded in IRDs currently occurs off-SEF which translates into roughly $350bn in notional volume traded on a daily basis having the potential to move onto SEF venues.

“Given the fact that a key provision of the overhaul is the elimination of the narrow scope of products covered by MAT determinations in favour of all swaps with clearing mandates, we can expect that most of the bilateral activity we see in cleared swaps will migrate to SEF activity,” he adds.

While it is difficult to predict the actual outcome, few believe that the new CFTC chair Heath Tarbert will change direction. Giancarlo handed over the reins in mid-July to Tarbert who was at the US Treasury Department and won strong bipartisan confirmation.

Although regulators in 2008 wanted to shine an ever-brighter light onto the inner workings of the derivatives market, regulatory reporting which is included in all the regulations has been among the most challenging. For example, under EMIR, complete and accurate reporting of derivatives to trade repositories (TRs) is required. In addition, it introduced a dual reporting regime which is among the most contentious.  While some market participants see it as costly and not particularly beneficial, others believe dual-sided reporting reinforces the quality of the data by highlighting errors if the two sides of the report don’t “match”.

“I do not think derivatives trade reporting has worked as well as regulators intended,” says Virginie O’Shea, Research Director at Aite Group. “One of the biggest problems is that the data reported is inconsistent because there is still flexibility in terms of what and how it is reported. Also, not every European country has implemented the rules.”

“One of the biggest problems is that the data reported is inconsistent because there is still flexibility in terms of what and how it is reported. Also, not every European country has implemented the rules.”

O’Shea also notes that market participants do not believe double-sided reporting is useful and the same views can be applied to the additional fields required under MiFID II which has increased from 24 to 64. The other issue is that “there are too many trade repositories – at last count around 20,” she adds. “Matching is still low with only 40% of swaps trades reported under EMIR properly matched up at trade repositories. One problem among many is that there are many legal entity identifiers that are not being refreshed or issued, particularly to smaller firms.”

While there is no doubt that the derivative landscape has significantly changed over the past ten years with more volume flowing through CCPs, there will always be those thornier, more illiquid trades or hedges that will need the human touch.