The Neglected Regulation: Why Firms Need to Think About CSDR Now 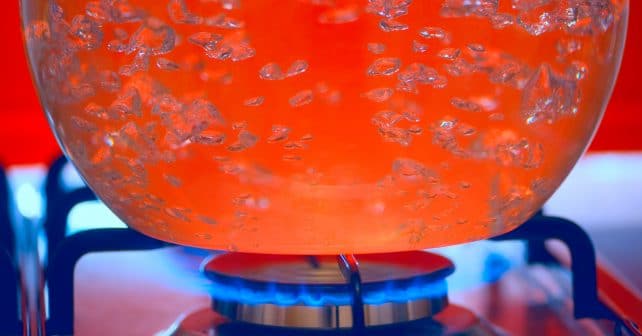 The Central Securities Depository Regulation (CSDR) started its implementation journey five years ago, but the trip is far from over and market participants have made too little progress towards the destination. Lynn Strongin Dodds explores the current state of CSDR preparedness, the challenges associated with improving settlement efficiency, and why now is the time to pay greater attention.

It is easy to see though why sell and buy-side firms took their collective eye off the ball. Their regulatory bandwidth is already stretched with MiFID II, General Data Protection Regulation (GDPR) and the impending Securities Financing Transaction Regulation (SFTR). “The industry has been so busy with other high-profile pieces of legislation that the CSDR has crept up,” says Mark John, head of product and business development at BNY Mellon’s Broker-Dealer Services and Pershing. “The market has not appreciated that it is still ongoing. However, next year, it will really start to bite and one of the biggest dangers is that participants are not prepared.”

CSDR, which took effect in 2014, was created to gradually reduce trade settlement cycles to no more than two days after trade date (T+2), in a run-up to the adoption of TARGET2-Securities (T2S), a European Central Bank (ECB)-backed securities settlement platform. CSDR’s reach extends beyond the European Union’s borders to any security settled in an EU Central Securities Depository or International Central Securities Depository. This means that both European and international firms have to prepare.

RTS delays added to uncertainty around settlement reporting requirements
There are and have been several loose ends though. For example, there were numerous delays, most notably with the final regulatory technical standards (RTS) on settlement discipline. They were published in the Official Journal of the European Union on September 2018. This was much later than expected as the RTS on internalised settlements reporting had been issued in March 2017. In addition, the European Securities and Markets Authority (ESMA) issued a consultation on guidelines on settlement fails reporting and standardised procedures and messaging protocols this February, with the final version expected in July this year.

The settlement discipline regime has raised hackles because it introduces fines for settlement fails when securities are not delivered. Although the penalties of 0.1 to 1 basis points – depending on the type of security – may not seem prohibitive, the costs can add up. “The charges are on a per-day basis,” says John. “If you are running €1m trade then it could be €1,000 a day, or if it is a spread based trade and there are wafer-thin spreads, it could wipe out the entire trade.”

The CSDs will be obliged to monitor and report details of settlement fails to local regulators. Their remit is wide, as the range of transactions include securities purchases and sales, collateral management operations, securities lending and borrowing, repo transactions and transfers of securities between funds and client accounts.

However, Mariangela Fumagalli, Head of Asset Servicing Global Product and Regulatory Solutions at BNP Paribas points out, there is no uniformed framework for reporting. “It is unclear what the reporting space will look like and how many reports will be issued because each CSD has started announcing its own reporting practices. Industry groups are currently working together to ensure that there are standards and a common market practice.”

Mandatory buy-in regime prompts OTC liquidity concerns
The more controversial is the mandatory buy-in regime which will be initiated in the event of a transaction failing. The purchasing counterparty must buy-in in the event of a failed settlement within a prescribed time period – four days for liquid securities and seven days for all other securities such as bonds. There is, however, still a great deal of debate over the definition of liquidity and which instrument qualifies.

“The buy-in regime is the real problem,” says Andy Hill, a senior director of the International Capital Market Association (ICMA). “It covers all of fixed-income markets and spills over to credit derivatives. Buy-ins for exchange traded or centrally cleared instruments are quite normal, but that is not the case with over the counter (OTC) non-cleared instruments. They will create a problem for the liquidity and function of the market of high-yield, emerging market, investment credit and sovereign bonds and it will spill over into credit derivatives. This is essentially because without the possibility to short reference bonds it will be difficult to price credit derivative swaps correctly, and there will be a tendency for them to drift quite far from fair value, so undermining their value as an effective hedging instrument.”

A study conducted by European Central Securities Depositories Association (ECSDA) in 2015 showed that mandatory buy-ins would result in over 1.8 million buy-ins being executed per annum, representing a total transaction value of €2.5 trillion. The view is that market-makers will be forced to add a premium to their market offers, or may simply choose not to show offers in certain securities. The expectation is that liquidity will significantly decrease as firms avoid the uncertainty risk that the new rules would bring.

US-style fail charge could improve settlement efficiency
Hill believes other solutions along the lines of the US’ Treasury Market Practice Group’s Fail Charge would be more helpful in addressing settlement efficiency especially in the current low rate environment. “It encouraged settlement discipline and created a floor,” adding that empirical evidence suggests that it not only led to an improvement in settlement efficiency rates for US Treasuries, but it also had a positive impact for repo market liquidity, as demand to borrow Treasuries, even at relatively expensive levels, increased.

Introduced after the global financial crisis, The TMPG Fail Charge was a response to the depressed rate environment in the US, which seemed to trigger a decrease in settlement efficiency in the US Treasury market. The mechanism applied an effective 3% (300 basis points) cost to the failing seller for the duration of the fail. The penalty charge was in fact 3% less than the prevailing Fed Funds rate, which reflected the natural economic cost of failing.

Tony Freeman, executive director, government relations, DTCC believes that the number of buy-ins will increase, partly because some firms, both buy-side and brokers are not as efficient or accurate as they should be in trade processing. Although there are no stats available, there is also the view that a major cause of trade failures is securities lending, that in some cases it is taking too long for stocks to be returned when they are out on loan.

Buy-side unprepared for scale of challenge
Despite the scale of these changes, preparations have not even scratched the surface at many buy-side firms. As always with sweeping regulatory change, the larger players are ahead of the game, while their smaller and medium-sized counterparts struggle. In the past they would have turned to their sell-side brethren or custodians for help. However, just as with the Markets in Financial Instruments Directive (MiFID) II, they are now more responsible for their own actions.

“I am not sure that they realise the magnitude of these changes as there is a misunderstanding among some asset managers that the settlement discipline regime does not apply to them – but in fact, it has a direct hit to their P&L,” says Barry Cowan, principal at Catalyst consultancy. “Many think that their custodian or broker dealer will absorb the settlement discipline costs on their behalf, but if they are at fault for late settlement, it is likely that the costs will be passed down to them. Also, asset managers will have to introduce processes to manage incoming and issue outgoing buy-ins themselves.”

Cowan believes it will require a major overhaul of their systems because as it stands now, the buy-in process is very manual, involving several contracts and administrative tasks. “There needs to be greater automation, because if you look at why transactions fail, it is due to inefficient operational architecture, with many firms still operating on legacy systems that are 20 to 30 years old.”

Fumagalli agrees, adding that CSDR is an end-to-end approach and is pushing people to become more electronic to increase efficiency. “There needs to be investment in modern technology and up to date processing, because certain buy and sell-side firms still send some settlement instructions by fax,” she says. “However, it also requires a behavioural change to recognise that the CSDR is law and that they need to become more efficient.”