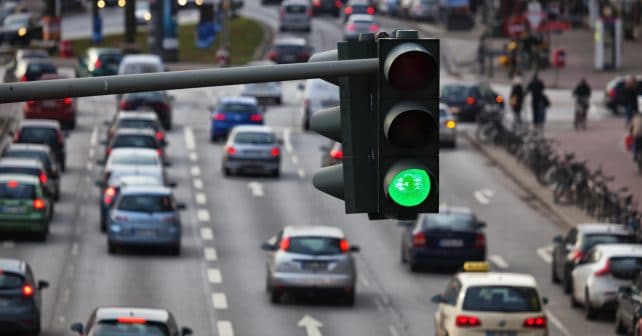 Uncleared Margin Rules (UMR) for Phase 4 and 5 firms come into force in September 2019 and 2020 respectively, and the industry has many unresolved concerns about the ability of smaller non-broker firms to comply in time. ISDA has advocated for a number of exemptions on behalf of the industry, but global regulators have yet to rule on their decisions. In a recent DerivSource webinar, John Pucciarelli, Director of Strategic Initiatives, AcadiaSoft, Allen Lewis, Managing Director for BNY Mellon Markets and Yaron Katz, Global Head of Risk Operations at Coremont, a provider of collateral services to Brevan Howard, discuss the advocacy that has taken place and why firms should not wait for that advocacy to bear fruit before starting their UMR preparations.

Starting mid-last year, the swaps industry began looking to the numbers of potential counterparties that may be in scope for the 2020 deadline of Uncleared Margin Rules (UMR). Concerns were raised about the demands on the market for resources and technology. To that end, the International Swaps and Derivatives Association (ISDA) and its members began a data collection exercise to confirm the qualitative and quantitative impact the rules would have on the market.

“The industry was concerned that the implementation for phase 5 was going to be a lot more complex and burdensome on risk, legal and operations groups across the market and within custodians and with middleware providers, than it has ever been before—including the variation margin big bang,” says John Pucciarelli, Director of Strategic Initiatives, AcadiaSoft.

It is estimated that over 1,100 newly in-scope counterparties with 9,500 new relationships will be subject to the uncleared margin rules in 2020, according to the data ISDA collected. That would account for some 20,000 segregation accounts that will need to be established. This is unprecedented in the market in such a short period of time and it gives a sense of the work that must be done to ensure everyone can still trade on September 1, 2020.

In terms of initial margin (IM) calculation, depending on whether firms use the ISDA Standard Initial Margin Model (SIMM) or a grid-based calculation methodology, ISDA and the market determined that around 69% to 78% of those counterparty relationships that they identified will be unlikely to exchange any IM at all, because they would fall below the $50 million IM threshold that is prescribed in the rules.

The industry argument to regulators is, if a firm will never exchange IM because it will not breach the maximum $50 million threshold permissible under the regulation, why should the firm go through the compliance burden spending time and money to get operationally ready and repaper all of its new CSAs if it will never exchange IM?

What advocacy has there been?
This data and argument formed the basis of advocacy letters sent to the global regulators asking for relief from the UMR for Phase 5 firms that will not breach the $50 million IM threshold and asking to raise the gross notional from $8 billion to $100 billion.

Advocacy letters also asked regulators to remove physically settled foreign exchange (FX) swaps from average aggregate notional amount (AANA) calculations. Physically settled FX swap products are not in-scope for regulatory IM, but they are included as part the AANA calculation to determine whether they are in scope, which is confusing to the market, so that was also part of the advocacy ask.

Exemptions were also requested for phase 4 and 5 non-dealer counterparties from the prudential style governance of IM models, meaning if you’re going to use SIMM in the EU, and the Japanese rules under the Japan Financial Services Authority (JFSA), there is a back-testing requirement. Swap dealers and major swap participants have the technology and sophistication to do that back testing, but it is a big tech burden for firms that may not have that technology, or that capability. The industry thought that asking for this relief would be beneficial as it would not prevent firms from using SIMM at all, but it would help in firms actually using SIMM that normally would not have that back-testing requirement.

What happens next?
BCBS and IOSCO issued a statement March 5th saying that if firms do not breach or go over that $50 million IM threshold, they will not have to get operationally ready for the rules, and would not have to repaper and get the custodial setups that they would have before.

This is not a change of the rules, but rather a clarification of the overall global framework. It clarifies the timing associated with the need for documentation and re-papering and getting operationally ready. But it also introduces a monitoring requirement, to ensure that firms under the $50 million IM threshold have adequate time to become operationally ready prior to breaching the $50 million threshold.

“This is relief, but it’s not complete relief, and it is certainly not what the industry has asked for. We are in wait-and-see mode, but that monitoring requirement is most likely something that firms are going to have to do,” says Pucciarelli.

A recent letter issued by some trade associations, including SIFMA, reiterated the request that a recalibration of the current margin framework be considered by policy makers (see April 5th letter here). US regulators are expected to comment on this BCBS IOSCO statement in June, but other regulators have so far been silent. “From our discussions informally, with regulators globally, and especially in the US, we don’t find them to be very empathetic about delaying the regulations or the advocacy that’s been presented out there,” says Allen Lewis, Managing Director, BNY Mellon Markets.

Firms close to thresholds should prepare anyway
While the requested exemptions, if granted, will provide a lot of relief for smaller firms, waiting for the advocacy to bear fruit carries its own risk. The requests could be denied, and firms that are close to the thresholds could find themselves with too little time to prepare. “If you are close to a threshold, whether it’s the $8 billion AANA, or the $50 million IM threshold, you should probably get your architectures and paper underway, because people are now evaluating the opportunity costs of monitoring for ongoing compliance, or not being ready, versus having to, at the drop of a dime, potentially go and set up an architecture if they cross over a threshold. This is concerning to providers as well, because it takes time to set up accounts, and get contracts across the line. You don’t want to find yourselves in a position where you’re in regulatory breach, and you don’t have the infrastructure in place to support your margin,” says Lewis.

Even if the exemptions are granted, it will not clear up all the issues and questions for firms below the thresholds. “What happens if a firm doesn’t actually trade, but the IM gets higher because of market moves or options getting closer to expiry and the firm suddenly find itself over the threshold? Can it keep the trades? Does it need to reduce exposure? Is it breaching any regulatory rules? How much time will it have to set up infrastructure and all legal agreements?” says Yaron Katz, Global Head of Risk Operations at Coremont, a provider of collateral services to Brevan Howard.

Many questions remain—and show no signs of being answered soon. Allen said: “…Don’t rely on advocacy to come through in the 11th hour to provide relief. You do not want to be in a position where you’re beginning this exercise come next year and in the throes of a whole bunch of firms that have already started their exercise this year and are ahead of you in the queue because, I think, capacity is going to be an industry challenge in 2020 to get everybody across the line…”

For firms preparing now to meet the upcoming requirements, they can join the AcadiaSoft run Phase 5 working group to join a forum to gain advice and ask questions. Additionally, AcadiaSoft’s Risk Services Suite, which is a complete set of services that is “SIMM made Simple,” enables buy-side firms to implement industry standard tools via one connection using trade file enabling. For more information, please watch the OnDemand version of the recent webinar, go to UMR Compass or watch more here.