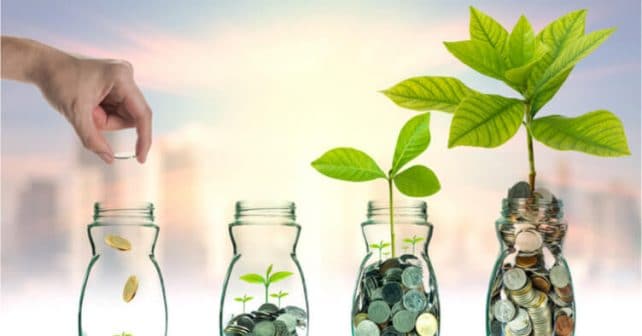 The path to central clearing in Asia has been slow and uneven. The four major exchanges in Australia, Japan, Hong Kong and Singapore are much farther along the road than other regional exchanges – yet they are all moving at their own pace and it is unlikely that the other countries will catch up anytime soon. Lynn Strongin Dodds reports.

The Asia-Pacific region is currently estimated to account for less than 10% of all derivatives activity. However, it has had quite a growth spurt over the past decade, according to the latest report on the region from the International Swaps and Derivatives Association (ISDA). Asia-Pacific derivatives markets have grown significantly, with Hong Kong and Singapore now pre-eminent centres in regional trading of FX and interest rate derivatives (IRD).

The report found that total IRD daily average turnover in Asia-Pacific markets jumped to $298.3 bn in April 2016 from $187.4 bn in April 2007, while the equivalent figure in FX rose to $1.7 trillion from $1 trillion. IRD turnover increased by a 5% compound annual growth rate (CAGR) during that timeframe, while FX turnover grew by 6%. The region’s pace outstripped that of its international counterparts, with global IRD and FX turnover expanding by 4% and 5% CAGR respectively, over the same period.

Central clearing has gained traction for the same reasons it has taken hold in Western markets. “We are definitely seeing a growing number of players move to central clearing,” says Kate Birchall, head of Asia-Pacific region for LCH. “Many are focused on balance sheet efficiency and have realised the margin and netting benefits of using a clearinghouse are cost effective.”

However, as Hugh Daly, general manager of post-trade control solutions at Broadridge notes, “With no shared approach between Asian markets, each jurisdiction has taken its own approach to OTC derivative reporting requirements as well as centralised clearing. For example, Japan required OTC derivatives to be cleared on central counterparties (CCPs) in November 2012, but Singapore only recently required the change in October 2018.”

He adds that overall, “Hong Kong, Australia, Singapore and Japan are considered to be the more mature markets and continue to be very open, where nearly anyone can trade. On the other hand, China’s mainland markets are still developing and have stringent requirements on who can trade, and how. China also has a capital-controlled currency like India, which complicates the movement of money in and out of the country. South-East Asian markets all also represent their own unique environments and require a dedicated discussion to iron out the differences.”

Despite the increase in clearing volumes, many domestic clearinghouses are not benefitting from the increased activity. “Among the biggest issues with the CCPs are structural imbalances and trapped liquidity,” says Julian Chesser, managing director, trade processing post-trade platforms for Asia Pacific, IHS Markit. “One of the problems is that the regulators shied away from giving local mandates so firms can clear their trades anywhere, which is one reason why you have seen the Singapore Exchange (SGX) pull out of OTC interest rate swaps clearing. They were not able to make a success of it but of course can now allocate resource and investment in other areas.”

Last year, the SGX announced it would stop clearing OTC IRS from April 2019, leaving users without a home for some of their cleared contracts, which is considered to be an unprecedented event for an OTC product. Monthly swaps volumes at the central counterparty have been showing year-on-year declines for most of the past 12 months. SGX competes with CME and LCH in Singapore dollar swaps, and with Hong Kong Exchanges and Clearing (HKEx) in Thai baht.

“The nature of multi-lateral netting is that the greater the number of participants in the clearing population, the greater the opportunities to net. So, the major regional players in Asia join the largest available pool, in London, which becomes self-reinforcing. The netting opportunities in the competing Asian CCPs reduce further and the membership reduces. SGX have decided their interest rate swaps clearing service is no longer viable,” says Daly.

“The nature of multi-lateral netting is that the greater the number of participants in the clearing population, the greater the opportunities to net. So, the major regional players in Asia join the largest available pool, in London, which becomes self-reinforcing. The netting opportunities in the competing Asian CCPs reduce further and the membership reduces. SGX have decided their interest rate swaps clearing service is no longer viable,” says Hugh Daly, Broadridge.

“I think things could change and the situation could improve if there was more interest in investor client clearing,” says Chesser. “Overall it has not been as successful as people had hoped. However, I think we could see a shift over time for example if the Superannuation funds in Australia see increasing commercial benefits to clearing.”

As with many in the West, regional CCPs have also been grappling with the thorny uncleared margin rule, which is being phased in. “The Asia region differs from Europe and the US in that the use of the Credit Support Annex (CSA) – and therefore the internal infrastructure – has not historically been as widespread,” says Birchall. This can make the requirement to post initial margin a larger incremental step for asset managers and regional banks.”

There are widespread concerns among market participants that many firms in Asia that largely escaped the previous phases of the rules will not be ready in time to start posting initial margin (IM) on non-cleared derivatives trades for the September 2020 deadline. At the ISDA Forum last September, it was reported that about 1,200 firms will be impacted by the incoming rules, requiring over 3,600 CSAs and nearly 19,000 segregated accounts for holding initial margins.

The latest Financial Stability Board report shows that China and India do not have a comprehensive framework on margin requirements, although “some progress in implementation” has been made in the remaining jurisdictions. It points out that delays in India are mainly due to a lack of industry readiness and collateral management infrastructure. Ambiguity around the legal enforceability of bilateral netting for variation margin purposes could cause each non-centrally cleared derivatives (NCCD) trade to be considered individually, increasing capital requirements for banks, according to the report.

In Japan, authorities reported that interest rate benchmark reform had led some market participants to be concerned about whether their legacy transactions might be regarded as new and subject to margin requirements, according to the report.

Daly notes that margin reform in general has been one of the biggest operational process changes resulting from the G20 principles. “While the major sell-side institutions have already been forced to comply, the final phases impacting buy-side and lower-volume participants are still to come,” he says. “The level of operational readiness in Asia is uncertain. Anecdotal evidence suggests that the investment community has been slow to on-board themselves to central margin calculation and dispute resolution services.

Paul Abrey, Post Trade Director, FIS echoes these sentiments. He notes that Asia-Pacific exchanges follow closely the trends occurring at a global level, and a number have expressed an intention to migrate from standardised portfolio analysis of risk (SPAN) to historical value at risk (VAR) models that better align risk-takers to margin cost, via consideration to liquidity and concentration risk across both listed and exchange cleared derivatives. “At the same time, regional exchanges continue to list new products of increasingly complex nature, which compete for a limited pool of funds across market participants,” he says.

As a result, some entities are trying to broaden their reach and generate additional flows outside of their borders. The Monetary Authority of Singapore (MAS) recently joined forces with the European Union, as part of an effort to deepen economic ties between the Republic and the EU, add liquidity to previously fragmented markets, and help businesses better hedge currency risks.

Although it will not happen overnight, Valdis Dombrovskis, head of the European Commission’s Financial Stability, Financial Services and Capital Markets Union says, “European firms will be able to continue trading interest rate and credit default derivatives on Singapore’s trading platforms and engaging with local counterparts in Asia. Singaporean firms will also be able to use EU platforms. This will facilitate trade and economic exchanges between the EU and Singapore.”

Rory Baldini, senior sales and business development, Asia Pacific at Linedata says, “There have been a number of agreements between Singapore and European countries recently to expand their reach and this is the latest stage of its development. They are hoping to leverage their European relationships to enter smaller markets and this could have a bigger impact after Brexit depending on the deal that is reached.”