Smart Contracts: What Will Drive Adoption? 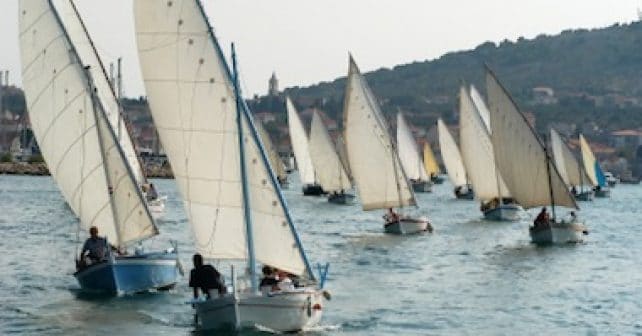 Smart contracts are a hot topic, but how smart are they and is anyone ready to use them? Lynn Strongin Dodds looks at the development of smart contracts in the financial derivatives arena and explores whether the legal hurdles to launching them can be overcome.

For the past year, derivatives smart contracts have been an increasingly popular item on the conference circuit agenda. Interest has been further fuelled by the introductory guidelines published by the International Swaps and Derivatives Association (ISDA) in January. However, there are still several legal kinks to be ironed out before these instruments can make their debut in the marketplace.

It is easy to see why smart contracts have sparked the imagination. They hold the promise of greater efficiencies, automation and transparency, compared to traditional derivatives contracts. “Using smart contract rules, investors will easily and quickly have access to the history of each financial product since inception. This could help to avoid a new financial crisis like the one we had in 2008 due to the subprime bubble,” says Christophe de Courson, Co-Founder and CEO of Olymp Capital. “Another benefit is that they lower the threshold of investment amount for investors on derivatives markets like futures. As a token is fragmentable, the new type of investors could access and take exposure to new markets, empowering the core advantage of the Blockchain technology.”

However, the journey to smart contracts has been long and arduous, for various reasons. For one, ISDA documentation is voluminous and complex, with multiple potential addendums, protocols, and annexes intended to form a single agreement for the trading relationship. Issues range from the complexity of the legal frameworks to the significant payment netting that occurs, subjective elements in the event of default provisions, as well fragmentation risks, and technological issues.

Automation could also prove problematic in some cases, according to the ISDA guidelines. ISDA notes that for some, the level of effort required will not produce a sufficient benefit, nor will it be efficient. For example, it would be an “immense task” to identify all of the factors that are taken into consideration in the determination of a default, while the governing law of a contract is less susceptible to being expressed in machine-readable code. Moreover, the impact of an event on other contracts or relationships could require interpretation.

Industry needs deeper collaboration between legal and IT

Another hurdle is the lack of a standardised definition of a smart contract. This mainly stems from the two competing views of lawyers and technologists, who are both involved in the process. From the legal perspective, the term ‘contract’ connotes a very particular legal relationship of obligations, whereas computer scientists tend to think of a smart contract more in terms of code.

The original – and perhaps most famous – definition is from Nick Szabo, a computer scientist known for his research on digital currency, in 1995: A set of promises specified in digital form, including protocols that the parties perform on those promises. More recently, the U.S. Commodity Futures Trading Commission (CFTC)’s fintech innovation hub LabCFTC dubbed smart contracts “a set of coded computer functions,” that allow “self-executing computer code to take actions at specified times and/or based on reference to the occurrence or non-occurrence of an action or event.”

The confusion as to the exact meaning of a smart contract is why market participants are pushing for the legal and IT community to work more closely together when constructing these contracts. As Paul Dobbs, managing consultant at consultancy firm Catalyst, points out, “it is difficult to convert legal documentation into programmable language. Going forward there will need to be more cooperation between lawyers and technologists. I don’t think we are quite there yet.

Although there are standardised contracts under ISDA, there are still situations which require interpretation and human judgement. For example, there are certain types of events of default, which involve numerous interdependent variables, and this may still require human intervention.”

“Although there are standardised contracts under ISDA, there are still situations which require interpretation and human judgement. For example, there are certain types of events of default, which involve numerous interdependent variables, and this may still require human intervention.” Paul Dobbs, Catalyst.

He adds, “The law has a tendency to encapsulate rules and regulations and applying the spirit of the law often involves flexibility and judgment. When you build code, there will often be very little human intervention, so what happens if something goes wrong with the code? Could this cause a chain of external events down the line? For example, an incorrect trigger giving rise to an array of payments being made when it shouldn’t be. This could then create a further contagion.”

Paul Cluley, derivatives partner at Allen & Overy, also notes that applying a legal framework to smart contracts and distributed ledger requires a consensus. “Given pressure on time and resources, progress is rarely just for progress’ sake – there needs to be a competitive or regulatory advantage or another benefit that can be monetised,” he says, “Unless a competitive advantage or an efficiency can be shown, I do not see at the moment what the drivers would be for self-executing smart contracts.”

Although these hurdles will continue to be debated and discussed throughout the year, ISDA is hoping to frame the conversation with its newly minted guidelines. The guidelines are not recommendations about the exact course of action to take, but suggestions that reiterate the findings of ISDA’s original White Paper. They cover the ins and outs of smart derivative contracts, the legal ramifications, principles and models for smart derivatives contracts, and considerations for technology developers.

While it is difficult to predict the future, early adopters are testing the waters, albeit not yet in the derivatives space. Last June, GMEX Group launched a Mauritius-based International Derivatives and Commodities Exchange (MINDEX), which along with the Hybrid Stock Exchange Corp created the HYBSE International Marketplace, an authorised, online digital cryptonised-equity exchange based in Mauritius. Its first products are set to make their debut this year and will be multi-asset stable tokens – digital assets that combine different tiers of equities, digital gold and currencies backed by physical allocations of gold.

“There is no doubt that the legal challenges of smart contracts need to be addressed and not just the technological and operational issues,” says Hirander Misra, CEO of GMEX Group. “It boils down to trust in the legal system, administration, validation and custody. Our assets are under Mauritius law, which has a regulatory framework for digital assets. We are also ready to introduce a MINDEX-regulated custodian of digital assets, that offers a complete secure digital asset vault and offline “cold storage” capabilities, with the ability to efficiently handle deposits and withdrawals.”

Looking farther down the line, de Courson believes that an institutional grade and regulated custody solutions will be built for financial derivatives.” I see tremendous growth in the security/derivative token ecosystem during the next five years,” he adds. “Considering this industry only started to take off at the end of 2017, I expect 2020 to be the year in which financial institutions will start an exploration of these new products, with the first professional investors taking positions this year. Traditional market actors are waiting for inclusive tech solutions, like those coming from the traditional stock exchange to enter this new market. They will also help to drive liquidity on the secondary market, which is a key aspect for the viability and sustainability of the ecosystem.”