Direct Clearing: Why Has Uptake Been Slow? 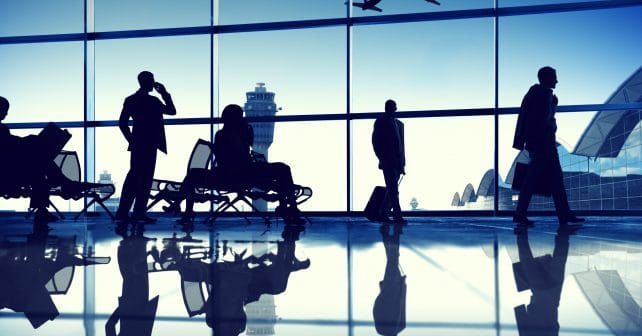 When direct buy-side clearing came onto the scene two years ago, there was a flurry of activity and expectation that the model would shake-up the world order. So far, activity has been muted and the recent debacle at Nasdaq Clearing has not helped the cause. Some believe though that it is only a matter of time for the kinks to be smoothed over, while others think that the ongoing MiFID II implementation and the uncertainty over Brexit will continue to dominate agendas.

As Eurex Clearing board member Matthias Graulich put it, “Since the summer, the industry has been looking at how it can have a future-proof model in the event of a hard Brexit. As a result, the buy side are operating under the traditional clearing model, because it is available and on the shelf at their clearing broker.”

Brexit and MiFID though are not the only stumbling blocks. “Despite the efforts of the CCPs (central counterparties) looking to attract buyside clients, the status quo remains at the moment,” says Christian Lee, a partner at consultancy Catalyst. “There are good reasons behind this. For example, there has been a herd mentality in firms and a perception of first mover advantage. When Citadel became the first member of LCH (in 2015), there was a wait for others to follow but they didn’t. One reason is that obligations of direct membership, particularly regarding the unlikely but real possibility of a default is unpalatable in terms of the size of the risk and exposure.”

Nick Chaudhry, Head of OTC Derivatives Clearing at Commerzbank Corporate Clients adds, “There has been a lot of noise about direct buy-side clearing, and while we have had several clients look at it there has been no urgency or push to get it up and running asap—especially when you look at the operational challenges and how the capital and legal requirements have to be managed. The Nasdaq scenario showed how the risks can be increased to others.”

“There has been a lot of noise about direct buy-side clearing, and while we have had several clients look at it there has been no urgency or push to get it up and running asap—especially when you look at the operational challenges and how the capital and legal requirements have to be managed. The Nasdaq scenario showed how the risks can be increased to others,” says Nick Chaudhry, Head of OTC Derivatives Clearing at Commerzbank Corporate Clients

Gaspard Bonin, Deputy Global Head of Derivatives Execution & Clearing, BNP Paribas agrees, noting that buy-side firms also do not want to be part of the mutualised risk of a CCP. “We recently saw an occurrence of mutualised risk at Nasdaq Clearing,” he adds. “Members’ default fund was actually significantly impacted after the default of a relatively small participant. Buy-side firms may think of this as another reason to avoid direct membership.”

In September, Einar Aas, a Norwegian power trader and individual direct member blew a €107m hole in Nasdaq Clearing’s €166m default fund, after a wrong bet on the spreads between German and Nordic power markets. The clearinghouse sustained a €7m hit to its own junior capital although the CCP and its members have since fully replenished its €default fund.

The incident raised concerns over the suitability of its risk modelling systems. Nasdaq Clearing calibrated its margin models to deal with a daily widening of €4 and some industry participants blamed a failure to react accordingly when the spreads jumped 17 times higher than a normal day’s change extending the spread by €5.56, the day before the default.

Margin models though have continually been a source of debate. “There has been a lot of question around the Nasdaq default and it does tie in nicely with the discussions around CCP margin models,” says Eileen Herlihy, EMEA Head of Derivatives Clearing Sales at JP Morgan. “They need to be appropriate and take into account the risks and concentration of risks.”

There are basically two types – Standard Portfolio Analysis of Risk or SPAN and variations of the Value at Risk (VaR) model. The former, which is used by Nasdaq, bases its assessment of risk on 16 scenarios, evaluating a loss in a worst-case scenario and setting margins accordingly. VaR, on the other hand, takes account of thousands of scenarios to determine how risk factors might affect a position and is geared towards examining the risk profile of multiple positions in a portfolio.

There are several complexities and disparities between the models, and different asset classes may require bespoke models due to their particular behaviour. However, VaR is typically considered more comprehensive and CCPs such as Eurex and London Metal Exchange have recently made the move over.

LME summed up its position in a discussion paper last year—that said VaR was the “emerging market standard” and that it was “more accurate” than SPAN.

The other bone of contention in the OTC derivatives direct clearing space is the auction process. This not only requires operational prowess, but also resources, which many asset managers may not have—or may be prohibited from participating in. For example, in Nasdaq’s particular case, the problems were thought to have been exacerbated by the disposal of Aas’s position during an auction in volatile markets. It is thought that four clearing participants unwound the defaulted portfolio at a hefty discount, based on the quantity decided by the clearing house.

Repo gains momentum
Given this backdrop, it may not be surprising that buy-side firms have not jumped on the OTC derivatives direct clearing bandwagon as anticipated. However, the same cannot be said for the repo market, which has gained traction over the past two years with Dutch pension fund PGGM, for example, joining Eurex ISA Direct as a clearing member, and Insight Investment signing on with LCH’s RepoClear. One reason is the improved liquidity profile of the cleared repo market. Moreover, broker dealers benefit from greater balance sheet netting, which translates into lower clearing costs for asset managers.

There are various models on the market. ISA Direct was launched two years ago for both repo and OTC interest rate derivatives. Buy-side firms have a direct contractual arrangement with the CCP, but the relationship is facilitated by an authorised clearing member, which benefits from lower capital requirements, as the ISA Direct member maintains legal and beneficial ownership of the collateral they place at the CCP.

LCH’s RepoClear, on the other hand, is a sponsored model, which enables firms to access the CCP directly, with clearing agents providing financial guarantees and services for their clients. ICE Clear Europe has its own version—the ‘Sponsored Principal’ account—that allows the client to become a direct counterparty to the clearing house with separate position, margin and asset accounts. As with ISA Direct, since it posts collateral directly with the CCP, clearing brokers are not subject to the capital charges under the Basel III rules.

Looking ahead, market participants do foresee a shift to direct clearing in the derivative world, but it will be gradual. “In general, direct clearing is applicable for repo or interest rate swaps where there is long-dated directional activity,” says Graulich. “We are seeing strong interest from pension schemes from Denmark, Switzerland and the Netherlands. However, the move to direct clearing is not a sprint but a fundamental change and it will take time. Buy-side firms will still work with clearing brokers, but they will not be taking up capital capacity, which should result in lower clearing fees relative to the traditional client model.”

Chaudhry also believes that the models could develop over time. “Larger buy-side firms may want to have greater control when all the regulations are out of the way,” he adds. “If they are looking for a wholesale change, they may want to wait for the waters to get calmer and have MiFID II bed down and Brexit decided before they look for the next efficiency.”