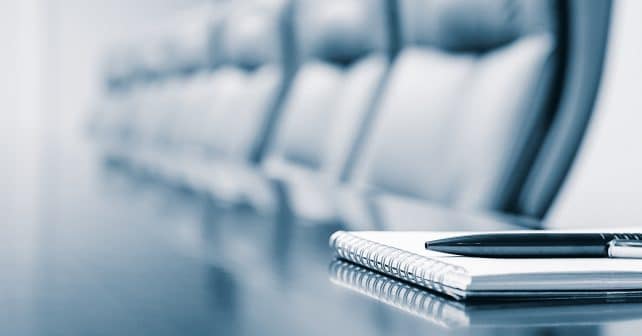 Lynn Strongin Dodds gives a progress report on one of the most contentious issues of the Brexit negotiations.

Euro-clearing has always been a political football, with French authorities trying to wrest the business away long before Brexit became a reality. Tensions are invariably running high as the clock grows ever louder to the UK’s imminent departure, but predicting the future is always tricky. Recent moves by the European Parliament may set the tone, but nothing is yet set in stone.

In mid-May, it was widely reported that the European Parliament voted 45 to 4 to impose a stricter supervisory regime on euro denominated clearing based outside the European Union. Under the new world order, the European Securities and Market Authority (ESMA) would be able to designate third country clearing houses as systematically important to the financial stability of the bloc. It was also given more powers to dictate the conduct and operations of these counterparty clearinghouses (CCPs) in “exceptional circumstances” over the type of collateral held, such as sovereign bonds, as well as prior approval of changes to the way margin is calculated or the insurance supplied to backstop a trade.

If a CCP’s home regulator such as the Bank of England failed to cooperate, ESMA could potentially prohibit it from being recognised and force the clearing business to relocate within the EU. While Parliament said this move would be a “last resort” and subject to an analysis of the impact on competition, the position differs from the enhanced supervision model which was discussed last year. This would have followed the US system whereby regulators have direct oversight of London clearing houses that handle dollar-denominated instruments, including direct access to sensitive data. They are not compelled though to move their operations across the pond.

Tougher EP stance surprises no one

Few market participants are surprised at the Parliament’s tougher stance. The wrangling is par for the course and the debates are not new. As far back as the 1990s—when the EU allowed London to clear euro denominated swaps—there was contention in Brussels, while just three years ago the European Central Bank (ECB) failed in its attempt to move the business to the eurozone, when the European Court of Justice ruled that London could retain the profitable business because it was located in the bloc.

This of course will no longer be the case once the UK leaves the EU in 2019. As Larry Tabb, founder of the Tabb Group put it, “I have always been under the impression that the UK was going for a hard Brexit and that Europe was not going to make it easy for them. It will penalise European firms that are clearing out of London, which means we could see LCH set up a separate liquidity pool in France, where they already have a base, as well as some of the business could also move to the US.”

In fact, Markus Ferber, the German conservative MEP, an advocate of euro clearing, stated in a recent article that the EC has been “way too nice to the Brits so far,” and that it was “only sensible” for the Parliament to demand a “tighter regime”. He argues that it is a question of liability. “After all, the European Central Bank would have to stand ready with emergency liquidity assistance in a crisis situation and EU taxpayers would be liable. Supervision and liability must remain in the same hands,” he said.

Not surprisingly, UK MEPs take the opposite view, because of the threat posed to the LCH, which is majority owned by the London Stock Exchange. It would fall firmly in the systematically important camp due to its dominant position—it handles roughly 90% of the euro clearing business and has cleared almost €14 trillion of euro interest rate swaps so far this year.

This helps explains why in the same article that Ferber was quoted, MEP Kay Swinburne warned that Parliament’s proposals threatened the “gold standard” for the regulation of derivatives and clearinghouses that had been established in the original rules. She noted that they would not only lead to less robust and competitive CCPs, but that it was dangerous to include a policy that allows EU authorities to require clearing of euro-denominated instruments to take place in the region.

The main concerns of forced relocation, according to Corinna Schempp, head of EU policy at the Futures Industry Association (FIA), is fragmentation of liquidity, the threat to market stability and increased cost for market participants and their customers, not just in the UK, but globally. She believes that a better option is for the EU to update its proven equivalence regime and enhance the supervision for CCPs that are systemically important in the EU.

“FIA strongly endorses equivalence and deference,” she says, adding that such an approach provides the framework for cooperative oversight of third-country clearinghouses, instead of location requirements.

The US authorities are also closely watching how events will unfold. In a speech in May, Christopher Giancarlo, chairman of the US Commodity Futures Trading Commission (CFTC), called for greater harmonisation of cross-border regulation for clearinghouses. He said, “My concern lies with parts of the EU proposal that would subject US CCPs to overlapping EU regulation and supervision without due deference to CFTC regulation and supervision—due deference that was already agreed to between the EU and the United States in the 2016 common approach for transatlantic CCPs. We spent three years working on that agreement and remain committed to it. We do not want to renegotiate it.”

While many market participants would prefer to see a market-led solution, Alex McDonald, CEO at the European Venues and Intermediaries Association (EVIA), believes that “it’s likely there will be collegiate supervision of certain European clearing, both in the eurozone and in the UK. That will cover some of the operations of LCH and of LCH SA.” (LCH SA is the firm’s France-registered clearinghouse.)

In the meantime, as the political machinations continue, clearinghouses are forging ahead with their own blueprints. For example, Eurex Clearing, Deutsche Börse’s CCP, is growing its euro clearing business, particularly direct access for clients, plus earlier in the year launched a partnership programme that encourages banks to switch their clearing interest rate swaps from London to Frankfurt. It is already paying dividends, according to Jeffrey Tessler, member of the executive board of Deutsche Börse.

Speaking at the recent Association for Financial Markets in Europe’s 11th annual post-trade conference, he said the notional outstanding reached more than €5 trillion in April and named the Dutch Treasury as the most recent participant, which takes the totally tally to 28 participants across the UK, US, Asia and Continental Europe.

LCH is also looking to boost its continental activity, although it has no intention to voluntarily split its multi-currency IRS pool between London and its Paris operations. However, it does plan to offer clearing for as many euro-denominated debt repo products in the French city. This year it has added German and Belgian debt to the existing offering for French, Spanish and Italian repo.

“It is unclear how it will play out,” says Christian Lee, head of risk & clearing, at consultancy Catalyst. “The debate is also not just about the US versus EU, but also concerns global clearing. It could lead to fragmentation of the markets and possibly retaliatory measures,” he adds. “However, LCH has contingency plans in place and is already moving some of its repo business to Paris, while Eurex is working hard to entice clients. How much market share they gain remains to be seen.”

Peter Rippon, CEO of OpenGamma, echoes these sentiments and believes that European clients could clear inside the EU, while the rest of the world use London and US clearinghouses. “The problem with that scenario is cost and if the Europeans do not get enough liquidity, clearing will become more expensive. The issue is that this is ultimately a political debate, because of the EU and ECB’s appetite to gain control of the business, but it is a hard call to say what will happen and whether liquidity will move.”