Volatility is Back: What Does This Mean for Derivatives Trading? 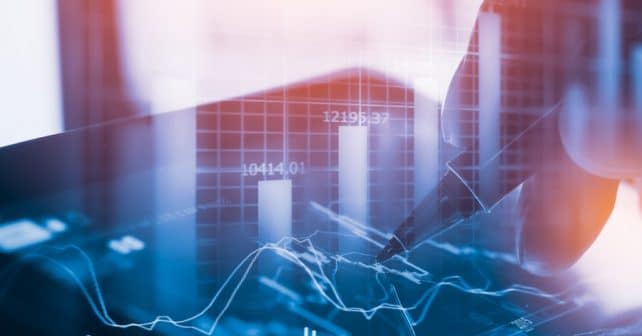 Market volatility has reared its head for the first time in years, making the use of derivatives expensive. DerivSource reporter,  Lynn Strongin Dodds explains the precipitous drop and how it is changing the trading landscape.

For the past two years, volatility was always around the corner, but when stock markets did start to gyrate in early February, market participants were taken by surprise. Although many blamed the unexpected rise in inflation in the US, and a more aggressive interest rate stance from the Federal Reserve to be the triggers, others felt the sell-off was exacerbated by exchange-traded products (ETP) based on volatility measures.

This was certainly the view espoused by the Bank for International Settlements (BIS) in its latest quarterly report. It stated that the February 5th increase in the CBOE Volatility Index (VIX) significantly exceeded what would be expected based on the historical relationship between the US equity market and VIX, thereby intensifying the S&P 500’s decline.

It added that, “Volatility dynamics appear to have been accentuated intraday by trading patterns related to rapid adjustments in positions in complex financial products that had been used to bet on persistent low market volatility. Spillovers back to the equity market on that day were also evident.”

The VIX, or so-called fear gauge, is the measure of one month implied volatility and constructed from S&P 500 option prices across a range of strike prices. Industry players can use equity options or VIX futures to hedge their market positions, or to take risky exposures to volatility itself.  The index spiked by 20 points – the largest ever jump – as the S&P 500 index skidded by 5% in early February.

Since the financial crisis, the use of VIX futures has gained traction, particularly with the rise of ETPs that are used to either hedge or speculate on volatility. Although they were marketed as short-term hedging products to investors, the BIS report notes that many market participants have used these products to make long-term bets on volatility remaining low or becoming lower. It estimates that assets under management in these products reached around $15 billion by the end of 2017.

The rise in the VIX spooked investors, prompting them to bail out of the inverse volatility ETPs, which take short positions in VIX futures. They allow speculators to back lower volatility and were more popular last year than the leveraged volatility product, whereby investors take long bets – supporting rising volatility – in order to magnify returns relative to the index.

“The VIX overheated because the sell-off lasted a few days, and the market had not seen this type of volatility for a long time,” says Hervé Guyon, an equities and equity derivatives flow strategist at Société Générale. “There was short-term panic, but what was interesting was the impact on the exchange-traded notes (ETN) market. Implied volatility became a chain reaction. Due to the mechanical nature of the market, when the VIX rises, ETPs have to buy more of the VIX index and this created a massive distortion.”

“The VIX overheated because the sell-off lasted a few days, and the market had not seen this type of volatility for a long time. There was short-term panic, but what was interesting was the impact on the exchange-traded notes (ETN) market. Implied volatility became a chain reaction. Due to the mechanical nature of the market, when the VIX rises, ETPs have to buy more of the VIX index and this created a massive distortion” says Hervé Guyon, an equities and equity derivatives flow strategist at Société Générale.

The BIS report notes that these ETP funds would have had to buy thousands of VIX futures at the end of the trading day with the “long VIX” ETPs to match their index and the “inverse VIX” ETPs to cover their bets. “That predictable demand allowed other opportunistic traders to start bidding up VIX futures prices, resulting in a higher VIX futures price, which necessitated even greater VIX futures purchases by the ETPs, creating a feedback loop,” it said.

Not surprisingly perhaps, the recent events are leading regulators such as the Financial Industry Regulatory Authority (FINRA) to scrutinise whether traders placed bets on S&P 500 options in order to influence prices of derivatives based on the benchmark.  FINRA, the finance industry’s self-regulatory body, is overseen by the Securities and Exchange Commission (SEC), which along with the Commodity Futures Trading Commission (CFTC), is also conducting its own respective and separate broad reviews of the trading that took place.

In many ways though, it is easy to see why panic ensued. Investors were not used to volatility. Every time they expected turbulence to rear its head, markets remained calm. This was particularly true over the last two years, with industry experts braced and predicting an imminent crash. However, stock markets ended 2017 on a high, and volatility was dampened down to its lowest level at 10.40 for 90 years.

“One of the problems is that the central banks have created a fake sense of well-being, and as the US continues to raise rates, markets could be in for a choppy ride,” says Jonathan Gray, Head of Fixed Income, EMEA at Liquidnet. “We are already seeing the back-up of yields in 10-year Treasuries, and funding is becoming more expensive.”

The ride could get even bumpier if the Fed is more proactive than expected. “Markets have had five years of support from the central banks, which is why when they did react to, for example, weak economic data or political risk, it was short term,” says Ewout van Schaick, Head of Multi Asset at NN Investment. “Now, we are entering the last phase of formal guidance in the US, and while we know the Fed will raise rates three to four times this year, it is unclear beyond that.”

Antoine Porcheret, equity derivatives strategist at BNP Paribas, also agrees that all eyes will be on the actions of the Fed. “I think we are at an interesting turning point,” he says. “We will see a change of regime in volatility. It may not be normalisation, but could be higher especially if the Federal Reserve does not step in if there is another liquidity crisis. In the past, they would have, but the question is whether that is still the case – especially as inflation begins to grind upwards.”

The Fed is expected to raise interest rates for the first time this week, and markets are hoping for clarity on whether it intends to stick with its current forecast for three hikes this year, or raise it to four, as many economists expect.

Monetary policy is not the only headwind. The uncertainty over Brexit, and the impact it could have on the economy, continue to weigh heavily on the UK market, while globally investors are rattled by Trump’s emergency tariffs on steel and aluminium. The BIS report summed it up for many when it said, “Financial markets and the global economy are sailing in uncharted waters. And after an unusually long period of unusually low interest rates and accommodating monetary conditions, it would be unrealistic to expect no further market ructions.  The most recent protectionist rhetoric complicates matters further. Treading the path will call for a great deal of skill, judgment and, yes, also a measure of good fortune.”

Not surprisingly against this backdrop, insurance has become more expensive and investors are looking for ways to move to a more normal level of daily price swings, or even a period of above-average volatility. One approach suggested by some industry participants is through longer maturity derivative contracts, such as VIX futures and call options, which would offer protection against rising volatility.

Proxy hedges, such as protective options contracts on the Euro Stoxx 50, FTSE and Russell 2000 Index, would be another avenue, since the recent market turbulence has made hedging with S&P 500 options more costly. Last but certainly not least, are single-stock options that offer an alternative for those looking to hedge equity-related portfolios.

However, van Schaick believes that overall, “it is less attractive to hedge using derivatives. I think what we will see instead is more technical trades and people taking advantage of arbitrage opportunities.”