Switching to SONIA—Drivers and Challenges as Libor Winds Down 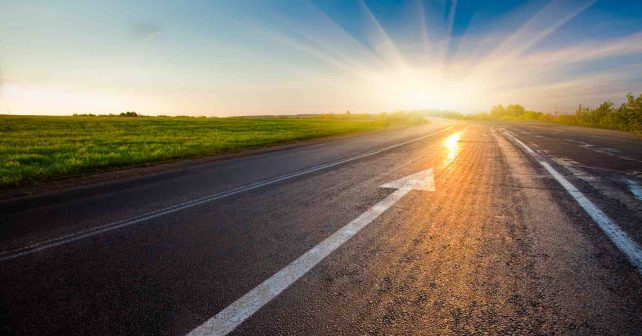 Market participants now have a deadline of 2021 for winding down their use of the London Interbank Offered Rate (Libor). Ivan Harkins, director and head of the structuring and advisory team at financial risk management consultancy JCRA, offers a primer on the move to the new risk-free rates, how regulators selected them, and the challenges this move might bring for non-financial institutions and legacy portfolios. Listen to podcast.

By giving the industry a deadline of 2021 for winding down the scandal-plagued London Interbank Offered Rate (Libor) benchmark reference rate, Andrew Bailey, CEO of the Financial Conduct Authority (FCA), has focused the industry on its demise, and helped remove the perception that Libor—or Ibors in general—will be perpetually produced. The announcement was relatively well timed, and it brings focus to the new risk-free rates that the Bank of England and other regulators have been working on.

Having that date in mind will help drive liquidity to instruments referencing the new risk-free rates, such as the Sterling Overnight Index Average (Sonia) in the UK, the Treasuries Repo Financing Rate in the US or the Tokyo Overnight Average Rate (Tonar) in Japan. Faced with the choice between trading a new swap that references Libor versus trading a new swap that references Sonia, market participants will start to choose Sonia as the date draws near, because they’ll have less comfort over Libor in the future.

Libor is currently being kept alive partly out of habit and because the Financial Conduct Authority (FCA) has instructed banks to continue to make submissions to Libor administrators IntercontinentalExchange (ICE). Liquidity in the interbank lending market is at an all-time low—over a 12-month period, there were only three transactions between the top 16 banks, leaving banks to estimate the benchmark rate. Banks will likely stop submitting into Libor once the FCA stops instructing them to, as there is significant discomfort around having to make judgment-based submissions in the absence of an active interbank lending market.

As regulators push to drive liquidity into new risk-free rates, this will probably lead to the death of Libor unless it can reinvent itself in someway. Interestingly, Japanese regulators, who have selected the Tokyo Overnight Average Rate (Tonar) as their risk-free rate, seemed quite confident at a recent International Swaps and Derivatives Association (ISDA) conference that their Ibor, the Tokyo Interbank Offered Rate (Tibor), will continue to exist, with the two reference rates operating alongside each other. However, there have been no such soundings from the FCA or the Bank of England at this point.

In the US, the Alternative Reference Rates Committee (ARRC) selected the Treasuries Repo Financing Rate, which is a secured overnight rate based on classified government debt options. In contrast, the sterling choice Sonia is an unsecured rate—essentially the rate at which financial institutions are lending to each other on an unsecured basis overnight.

The Bank of England working group did explore some secured overnight rates as a choice of a risk-free rate within the UK, but ultimately decided to adopt Sonia relatively unanimously, in part because there is already an existing market for Sonia-linked swaps. LCH, for example, already clears Sonia-linked swaps up to 30 years. It is much easier to create a liquid market alternative to the Libor where some of that infrastructure is already in place. There are also other issues around a secured rate in the UK market. It may exhibit some seasonalities to the rolling of collateral and either monthly or quarter end, which produces a bit of noise in the rate. While there may be a group of market users for whom a secured rate would make sense, it might not make sense for the wider market and it would thus be harder to drive widespread adoption. From the UK market perspective, Sonia was a sensible choice.

Sonia is not without its challenges however, particularly for corporates that currently use Libor in their loans or derivatives, or even some of their documentation with suppliers as to penalty rates and late payments. Sonia is an overnight rate, and from April 2018 that overnight rate will only be published the next working day. Corporates will not know what their interest expense or interest cashflow will be until the very end of that quarter. This will likely have an impact on the ability of those corporates to do cash flow forecasting, produce journals for general ledger, and take their hedge accounting.

There are potential solutions to these challenges—corporates could add payment lags, so instead of paying at the end of the period, they pay at the end of period plus three days, to help build in some leeway to solve some of these operational challenges. Or they could explore term fixings linked to a new risk-free rate. So for example, they could take a three-month swap that references Sonia, which should be actively traded, and then take a fixed relation to that, and use that fixing to be their three-month interest rate fixing for their loan or derivative.

The Bank of England working group is starting to pick up on this and is exploring the need for term-fixings and how they might operate in practice. One potential risk to end users is that if we do end up with a dual market, most of the liquidity that is in Sonia may end up having a slight premium to avail of that term-fixing market. In which case, the question is how much firms are willing to pay for that operational ease of using a term-fixing versus price efficiency, and using that overnight fixing rate, but having the cashflows at the end of the period.

Regulators are currently focused on driving liquidity to the new risk-free rate. As liquidity in Sonia increases, liquidity in Libor will naturally go down.

Regulators are currently focused on driving liquidity to the new risk-free rate. As liquidity in Sonia increases, liquidity in Libor will naturally go down. As this happens, it is important to consider the broader ecosystem of the market and how it functions.

Reduced liquidity could mean that a clearinghouse such as LCH, which plays an important role within the market, might not be able to effectively risk-manage legacy positions referencing Libor on behalf of market participants. As a result, they might foreseeably remove clearing for Libor-linked swaps in the future. Once they start to remove clearing, that would encourage banks even more to pull out of Libor-linked swaps and go to their end-users and encourage them to make a transition, because they would no longer get the benefits of a portfolio effect through the clearinghouse.

In the longer term, market participants expect to see the creation of a liquid futures market for the new benchmark. The Bank of England working group has identified this as a key issue, and is engaging with banks and other market participants that actively trade in the current futures market to gather feedback as to how it might operate. It’s an area that JCRA will continue to monitor and see how it will impact our clients, but at present there is no real direction on how that will work.

Ivan is a Director at JCRA and is head of the Structuring and Advisory team based in London. Ivan works on structuring finance and hedging instruments for clients covering a broad range of asset classes: interest rate, foreign exchange, commodities, inflation and other non-vanilla structures. He joined JCRA in 2007 from Dresdner Kleinwort where he worked on the Credit Syndicate desk. Ivan holds a Master’s degree in Applied Statistics and Stochastic Process from Birkbeck College, University of London and an MScQF in Quantitative Finance from Smurfit Business School, University College Dublin. Ivan also has a Bachelor's degree in Business, Economics and Social Studies from Trinity College, Dublin and is a CFA charterholder.