EMIR Margin Requirement for FX Forwards: What You Need to Know 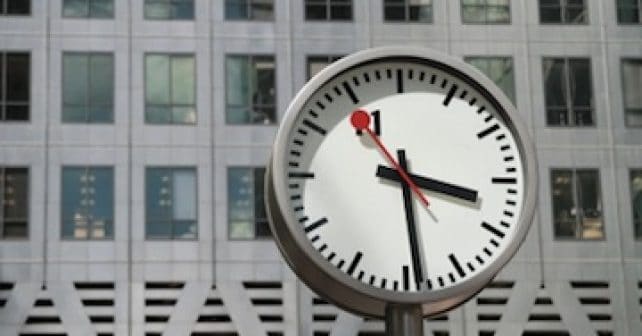 Market participants are inundated with regulatory requirements and deadlines to work towards, however one such deadline coming up is the EMIR margin requirement for physically settled FX forwards, which comes into force January 3 2018. In a Q&A, Craig Bisson, partner at Simmons & Simmons discusses this requirement, what it covers, who must comply, and the practical issues firms face. Listen to the podcast.

Q: The EMIR variation margin (VM) requirements for physically settled FX forwards comes into force in a matter of months. Can you briefly explain this requirement and the transactions involved?

A: Yes, absolutely. We of course had the Big Bang of VM on 1 March this year, both in Europe and in a number of other jurisdictions, including in the US. As you know, firms struggled to put their documentation in place by that deadline, and global regulators generally issued statements of forbearance to ensure the industry didn’t grind to a halt.

Most classes of OTC derivatives were covered by the 1 March deadline, but there was a phase-in under EMIR on the VM side for physically settled FX forwards until 3 January 2018. This was down to a lack of a Europe-wide definition of spot FX.

It’s a bit of an idiosyncrasy of EMIR that physically settled FX forwards are subject to VM. In other jurisdictions, including the US, physically settled FX trades are outside of UMR entirely. This isn’t such a big issue for managers who included FX in their 1 March upgrades, but for those that relied on the phase-in and only use FX, there’s a lot of work to do.

As you know, on the buy-side, many managers have historically traded FX on an undocumented and uncollateralised basis. For these firms, getting things in place contractually and laying the pipes operationally between now and 3 January 2018 is going to be a major undertaking – especially since it coincides with MiFID II!

That’s quite a lot to do!

Q: Are there any practical issues to consider?

A: Well some firms need to think about where the collateral’s coming from. For example, equities funds that are fully invested may not have any of the right sort of collateral—or at least none that brokers are willing to take!

UCITS funds are unable to use collateral transformation tools like repos to upgrade assets to meet collateral requirements—something that has caused problems for a number of our clients. So again, they’ll need to think whether they have the right sort of assets to use as margin. There are particular issues for UCITS using FX forwards for share class hedging purposes, especially in light of the ESMA Opinion earlier this year.

UCITS also have an obligation to establish a collateral policy and haircut policy and for this to be disclosed in the prospectus. If you’re collateralising for the first time, you may need to update your disclosures.

Q: What about spot FX and NDFs? Do they forward them this requirement?

A: A spot FX won’t be subject to the VM requirements, and from 3 January next year, for the first time, there’ll be an EU-wide definition of spot FX.

NDFs under MiFID2 are treated as contracts for differences (CFDs) and can’t be treated as spot contracts—irrespective of their settlement period. In any event, NDFs have been caught by the VM requirements since 1 March.

Q: Some market participants still appear to be unaware of their regulatory obligation or if they are required to comply. Can you explain who the obligation applies to?

It also applies to third country entities, which would be an FC or NFC+ if established in the EU, when they’re facing an FC or NFC+ on the trades.

There’s also some confusion as to when the obligation bites (in terms of timing), and I think that’s partly because of the way that the phase-in was drafted in the RTS. Just to be clear, it’s from 3 January next year.

Q: What recommendations do you have for market participants for how they should start preparing, if they haven’t already?

A: I think the important thing is to grasp the nettle. It’ll take longer than you might expect to negotiate the documentation and to become compliant on the ancillary requirements. And it’s unlikely that there’ll be any further forbearance—we’ve known about this for a year!

One thing I think it would be helpful to do so is to develop a project plan, work out which funds are trading physically settled FX forwards on an uncollateralised basis, with which counterparties, and what if any eligible collateral the fund holds.

Also, think about the process for the documents themselves. Will you, for example, use the VM protocol published by ISDA (in our experience unlikely), and if using physical documents, will you be using those provided to you by your broker counterparties, or will you be drafting your own documents and sending those out to brokers?

While you are negotiating the contracts, it’s important to establish the risk management procedures that I mentioned and also to work out how you will comply with the requirement for an independent legal review of enforceability.

I think it’s worth mentioning here, if I can, that at Simmons & Simmons we have established an online tool, the Netting + Collateral Reviewer, which is designed to allow end-users to comply with the legal review obligation in an efficient and cost effective way. Do get in touch if this is something you’d be interested in.

Q: Beyond these requirements, are there any other trends in the FX derivatives market that firms should be aware of?

A: Yes, there are a couple of things we’ve been discussing with clients. Firstly, the FX Global Code of Conduct, which was published in May this year. It’s a voluntary code designed to promote the integrity and effective functioning of the global FX market and to act as a supplement to local law and regulation. The FCA has indicated that it will use the code to measure compliance with proper standards of market conduct—so certainly something to be aware of.

I suppose the other development in the FX space that we are seeing is that firms are beginning to clear FX, and I think that is partly driven by the margin requirements under the European Rules. This trend will I think only continue.

Craig specialises in derivatives, funds and investment products - and regularly advises asset managers, funds (UCITS and hedge), insurers, pension schemes and other major financial institutions on the terms of their derivatives and trading agreements.  His practice focuses on the "buy side" of the market, and consequently requires a deep understanding of both the structural arrangements and the regulatory landscape within which clients operate.  His experience includes advising on repos, stock loans, credit, equity and property derivatives. He also regularly advises on distribution, investment management, custody of assets, prime brokerage and fund link agreements.  Craig is an expert on EMIR and is currently advising some of the world's largest financial institutions on implementation. In this regard, he has successfully negotiated a number of client clearing agreements, including for pension schemes, hedge funds, UCITS and QIFs.  He regularly advises clients on AIFMD, particularly in respect of the contractual requirements underpinning depositary and asset management delegation arrangements.