Post-Trade: How Cloud Technology is Reshaping the Derivatives Back Office 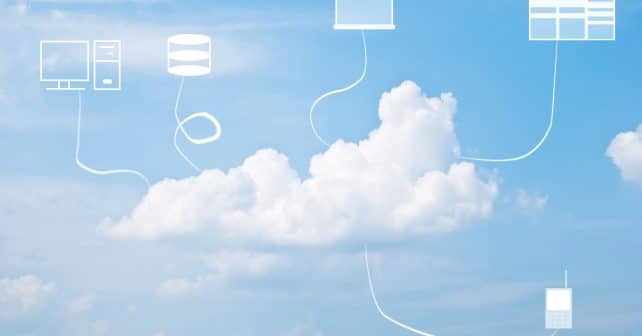 Cloud computing implementations have exploded over the last couple of years as firms and regulators reach an increased level of comfort, and cloud technology matures to meet a variety of processing needs with scale and efficiency. Brad Bailey, research director for Celent and co-author, with analyst Arin Ray, of a recent report, “Rearchitecting the Capital Markets, the Cloud Cometh”, discuss the new drivers for cloud adoption, and how specific cloud solutions are helping firms automate their back-office derivatives processing, including margin and collateral movements.

Efficiency, cost cutting, automation and regulation have completely reshaped the global capital markets since the financial crisis. From an operational perspective, there has been a real open-mindedness to using technology in more effective ways, and the cloud—as an architecture and business model—allows a tremendous flexibility.

Cost cutting was just the starting point. The major drivers now are the ability to leverage data, to scale up and down, and to innovate very quickly. As demonstrated by traditional and incumbent players, as well as FinTech firms, the cloud allows low-risk experimentation and alternative business models to develop in a much less expensive, much less resource-intensive method.

Firms have been able to automate much of the development and testing process, which has led to a change in the way new derivatives and other securities products are developed, as well as how they are traded. Firms today want to be much more intelligent with their data—they want to de-silo it, leverage it, and store it in a way they can access it. They also want to create more machine learning, more artificial intelligence (AI), to see whether that data breaks in the back office.

Cloud providers have a natural ability in the areas of machine learning and AI, whether it is direct speech recognition tools, transformation tools, or programs that convert speech to text. Capital markets firms want to bypass intermediary architectures and get to a point where they can analyze large data sets and perform predictive analytics, whether that is in the front, middle or back office. The idea of a sharing economy, with flexibility in infrastructure, and flexibility in services is transforming both society at large, as well as the capital markets and financial services, and cloud computing is a big part of that.

“The idea of a sharing economy, with flexibility in infrastructure, and flexibility in services is transforming both society at large, as well as the capital markets and financial services, and cloud computing is a big part of that.”

Cloud adoption is up, but hybrid model is here to stay

Attitudes towards cloud architectures have evolved significantly on Wall Street over the last decade. A few years ago, the focus was always on security—today it is on performance. Providers have spent billions of dollars on making their clouds safer. The level of security and type of tools available just from the public cloud providers so surpasses what the typical asset manager or even regional bank or smaller bank can do on their own.

Microsoft, Amazon Web Services (AWS), and other cloud providers are very focused on regulations and what they mean for their users, and have worked closely with compliance organizations and regulators on upcoming rules, such as the General Data Protection Regulation (GDPR), which will come into force in the European Union in May 2018. They have been much more willing to work with financial services firms and open up to a level of transparency that they did not offer to other industries, which has also helped get the regulators on board. The US Financial Industry Regulatory Authority (FINRA) now publicly discusses the fact that much of their infrastructure is done in AWS.

There is a major shift going on—even some of the CIOs and CTOs who were in the ‘never’ camp now see the inevitably of different cloud-type solutions. The Depository Trust and Clearing Corporation (DTCC) recently issued a whitepaper discussing how the cloud has reached the tipping point of maturity, with capabilities and cost efficiencies now exceeding those achieved via in-house data centres.

At the same time, every firm—whether Tier I, Tier II, or Tier III—has been going through a different process in the cloud. Despite some regional differences, firms around the world are sorting through their data, and there is inevitably some data they are more comfortable putting into certain types of cloud environments. As a result, financial services firms are generally using a hybrid model, using a mix of on-premise resources, co-lo resources, and cloud provider resources in a way that is quite seamless. This will likely remain the model for some time.

Cloud helps drive automation in the back office

Cloud enables firms to move to a more efficient, more automated infrastructure. There are interesting solutions in the post-trade space—both for core derivatives processing, and for dealing with changes in margin and collateral processing. Examples include Duco’s reconciliation solution, which compares any type of data in any format, reducing the need for spreadsheets and legacy systems. CloudMargin’s web-based collateral management system enables banks and other firms to move margin and collateral in an automated and flexible way.

There is also Project Sentinel, where a consortium of banks have committed to the implementation of a solution to mutualize the costs of MiFID II compliance. Google, Adaptive and AppsBroker are the vendors building that cloud-based compliance solution.

MiFID II is one of the major drivers for increased cloud adoption in the back office. Buy-side firms in particular have increased reporting responsibilities under the Directive. As reporting is not a core part of their business, many firms have turned to cloud providers to come up with regulatory reporting solutions within the broader class of RegTech.

Many back-office processes—particularly in FX products—are still very manual. In those markets where the front-end market structures are more electronic, there are different models for trading, and more clearing is taking place, firms are increasingly looking for mature cloud solutions to automate their back-office processes. Any amount of human interaction increases the need to check and reconcile with counterparties or clearing houses, which drives up expenses.

Some firms are introducing cloud solutions to change their post-trade workflows across various asset class derivatives. With some simple point solutions, they are able to cut break rates and increase their STP rates by up to 70%.

The vendors mentioned above tend to be categorized as FinTech firms. Their ability to drive interesting solutions and bring them to scale really comes when they are able to partner with either a large financial institution or a large vendor such as Wipro that works closely with the firm. New cloud solutions of different types are announced every week. Vendors need to be able to give their clients flexibility in the type of offering they have, be it as-a-service or deployed.

Cloud as a competitive advantage

Financial institutions have been increasingly turning to cloud solutions over the last two years as firms adjust to the new economic environment and look to deal with new regulations in the most effective way. Firms that can process data, do calculations, and lower their risk faster, state the level of collateral faster, or analyse a given trade and decide whether to do an exchange-traded product or OTC product faster will have a competitive edge. No financial institution wants to be the one firm that’s not in the cloud two years from now.

The level of cross-pollination in terms of personnel and staff going from cloud providers into the financial institutions and vice versa, speaks to how seriously people are taking this effort of moving post-trade infrastructure to the cloud.

The major providers—Microsoft, Amazon, Google, IBM—are working closely with financial firms to come up with models that make sense. There will be a long tail on certain models. But whether it’s hyper conversions or composable infrastructures, there are currently philosophical, marketing and architectural battles being waged that will define the capital markets’ front, middle, and back offices over the next decade.

Brad J. Bailey is a Research Director with Celent's Securities and Investments practice, based in the firm’s New York office. He is an expert in electronic trading and market structure across asset classes and is a recognized thought leader in emerging capital market technology and capital markets fintech. Brad’s research focuses on the evolution of market structure, trading, data analytics, and innovations in trading technology architecture and deployment. His research looks at legacy trading architecture and how firm’s best incorporate alternative business and digital models. He has published research on FX, fixed income, cross-asset trading, DLT in the capital markets, exchange technology, and cloud models for deploying trading and data infrastructure. His recent consulting work involves advising clients on key capital market trends, trading platforms in listed and OTC markets, and alternative models for interacting with fragmenting liquidity. He has also advised and performed due diligence for venture and private equity investors. Research/Consulting areas: Equity micro-market structure, OTC derivatives, futures, options, exchange/ATS landscape and connectivity, cross asset trading, algorithmic trading, securities operations and processing, regulatory trends, data analysis in trading. Recent research and consulting projects:  Due diligence of financial technology providers across valuation spectrum. • Vendor analysis of FX connectivity, fixed income, e-trading, and algo offerings. • Landscape of emerging capital market fintech firms solving pain points in markets. • Derivative analytics managing front/middle office trading & margin/collateral. • Architecture remapping for low latency derivative and securities trading. He also advised on multiple M&A deals for senior leadership at client companies, including: financial modeling, market segmentation, potential market sizing, revenue synergies and product expansion analysis. Trading system vendor selection as well as strategic technology planning for front end cross asset systems for buy- and sell-side. An authority on capital market fintech, Brad has been widely quoted in the press, including the Wall Street Journal, American Banker, Financial Times, Institutional Investor, Forbes, USA Today, and the New York Post as well as appearing on Bloomberg TV, BBC News, Sirius Radio, and NPR. He is also a frequent speaker at industry conferences and client gatherings globally. Prior to joining Celent, Brad spent over 20 years in the capital markets in trading, technology systems, product, market structure, strategy, analysis, and consulting at investment banks and broker dealers that include KCG Holdings (cross asset strategy and market structure), Aite Group (consultant and analyst in electronic and algo trading), RBC Carlin (quantitative equity trader), Citigroup (interest rate futures and listed derivative futures trading and sales) and ICAP (brokerage of credit derivatives and asset backed swaps). He also served on the boards of markets technology start-ups and the Equiduct exchange based in Brussels. He began his career as a software engineer in Tokyo. Additionally, he has worked in China, France and Spain. Brad holds an MSc from University of Colorado in Boulder, and a BS in mechanical & aerospace engineering from Rutgers University. He is fluent in French, Spanish, and can speak German, and has a working knowledge of Chinese and Japanese. Outside of work, he has taught skiing to Special Olympic Athletes and sailed across the Atlantic Ocean on a 13 meter ketch.