ISINs on the Horizon but not Without Debate 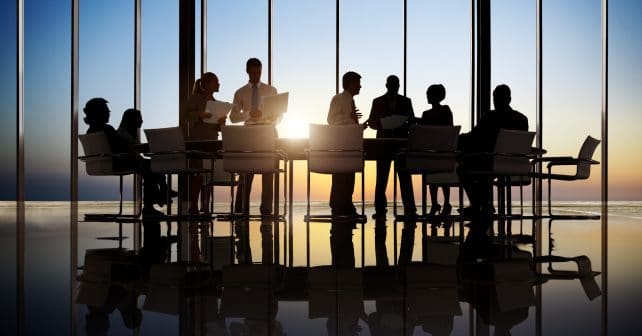 Industry participants are still fighting their identifier corner, but it may be too late to alter the course of ANNA and the DSB. DerivSource reporter Lynn Strongin Dodds looks at the continuing debates.

The Association of National Numbering Agencies (ANNA) has ramped up the pace, launching a series of consultations over the past three months. The aim is to have management decisions in place before testing an automated International Securities Identification Number (ISIN) creation service for OTC swaps in April and to be fully operational in October, three months before the MiFID deadline. However, there are still loose ends to be tied up, regulation recommendations to be heard and continuing dissension over whether the ISINs are suitable for all regulatory regimes.

As Michael Burg, Vice President, Derivatives Product Manager at State Street Global Advisors, puts it, “Given the fact that we kicked off the ISO TC68/SC4/SG2 study group in February of 2016 to design the allocation rules to govern the ISIN for OTC derivatives and that work was not officially wrapped up until August of 2016, I think that progress has been shown given the complexity of the asset classes and the detailed allocation rules that were required to have a fit for purpose ISIN.”

He adds though that “even under the limited scope of which I am not in agreement, I believe that the timeline to be in compliance will still likely be a difficult challenge for both the ANNA Derivatives Business Service Bureau (DSB) and the industry participants that will have the onus of establishing ISINs for OTC derivatives.”

The ISO group was created in response to European Securities and Markets Authority (ESMA) requirement to create a single global standard identifier for OTC derivatives in order to increase operational efficiency, improve risk management and greater transparency for both industry and regulators across multiple jurisdictions. The last objective continues to be a major sticking point because many industry participants believe the ISINs are too limited to the confines of MiFID.

“Based on the comment letters delivered by the ANNA Derivatives Service Bureau (DSB), it appears that they have narrowed the scope to only focus on regulatory technical standards 23 and a single level of ISIN to meet a single regulatory purpose – MiFID II,” says Burg.  “As someone who personally resides in the trade life-cycle, I am beginning to question if the ISIN for OTC derivatives will be fit for purpose beyond the regulatory requirements defined under MiFID II. This is partially due to the fact that the MiFID II has a deadline that must be met by the industry that requires a specific identifier that currently does not exist in the industry.”

Burg is not alone in his views. Last year, Bloomberg along with trade bodies the International Swaps and Derivatives Association (ISDA) and the Global Financial Markets Association (GFMA) argued that the ISIN standard was ill-suited for derivatives and that the requirement would create a monopoly for the national numbering agencies managed by ANNA. “I think one of the problems is that ANNA is looking to preserve a monopoly for its numbering agencies in domestic markets,” says Richard Robinson, Head of Strategy and Industry Relations for Symbology at Bloomberg, which as Registration Authority supports the non-proprietary FIGI framework standard for the Object Management Group (OMG.org).

Another bone of contention is over the limited membership of the Derivatives Service Bureau (DSB) which was created by ANNA to serve as the registration authority for ISIN standards for bonds as well as exchange-traded derivatives and oversee product governance. It also has responsibility for the creation and maintenance of data specifications for OTC swaps ISINs as well as addressing new products.

There are currently only nine members – Citigroup, JP Morgan, Societe Generale, Allianz Global Investors, Fidelity, Goldman Sachs Asset Management, Bloomberg, Tradeweb and the InterContinental Exchange – but the view is that there needs to be more to have greater representation and a full industry dialogue which a consultation paper does not always provide.

This is particularly true with the latest consultation paper on fees which proposes a range of models from charging for each single ISIN allocated to segregating and amassing charges based on the services used. The largest swap dealers and trading firms are the most disgruntled because it seems that they will have to shell out the most while their low volume OTC counterparts would pay less to receive the 12 twelve-digit alphanumeric ISINs.

Moreover, some firms are also baulking at a tiered payment structure that would have them covering most, if not all of the operational costs of the new ISIN numbering agency. This not only includes the usual management expenses but also the technology and support services as well as a reserve for financial emergencies.

Industry participants expect a heated debate because the proposals rely on a best-effort attempt to create a cost-recovery fee schedule based on subjective assumptions and estimates. This is not the case with the consultations on technology and operations standards of the DSB which are not expected to cause a stir.

There are also other key questions to be answered including the appropriate level of granularity for categorising OTC derivatives. According to the RTS, separate ISINs must be issued for every maturity date which means that 10-year interest rate swaps issued just one day apart will trade under different ISINs. In addition, negotiated fixed-leg prices in a swap trade are also treated as a data field, potentially leading almost every swap to trade with its own ISIN.

The industry is also waiting with bated breath for final guidance from the Committee on Payments and Market Infrastructures (CPMI) and the International Organisation of Securities Commissions (IOSCO) on Harmonisation of the Unique Product Identifier (UPI), as well as the governance model for the UPI from the Financial Stability Board (FSB).

“The framework that was painstakingly worked on by the members of the ISO SG2 study group was a multi-level hierarchy, that if followed, adopted, and implemented globally would have been fit for purpose for the industry proper,” says Burg. “In my view, a separate framework for UPI with potentially a different service provider will further bifurcate how derivatives are identified and will result in the ANNA DSB ISIN likely only leveraged for MiFID II reporting.  In my opinion, this will limit its use and benefits to the overall industry.”

Burg said he personally believes that a better solution to the ISIN conundrum would have been one that encompassed global needs (such as UPI) and industry needs to improve the post execution process flows. “However, like many things, the regulatory bodies have their individual views and timelines that have the industry singularly focused on the first deadline in front of them,” he adds.

He adds that “a single utility where we had multiple hierarchies’ of identifiers, from least to most granular in terms of metadata, would have served the global OTC derivative’s landscape better in the long run.  Allowing the industry and regulators to work together on governance, would have enabled a best of bread solution evolve be it FIGI, ANNA DSB, or something else.  The way this seems to be evolving is that a winner was selected and that will service MiFID II.”

Burg believes, that a “decision made by CPMI/IOSCO, the FSB, and other global regulators will likely determine how this will all evolve in the long-term and if we will have the opportunity for real change and open data for OTC derivatives.”

Robinson also contends that people have become “myopic” on the subject of harmonisation. “There is a view that everything has to be the exactly same but that is not the case,” he says.  “Take the equity markets. They have aligned platforms to make them interoperable. It is like the power outlets where each country has its own wattage but there are adapters that enable people to plug their devices in. It is problematic and risky to want to impose the standard unilaterally, regardless of use case because in this case RTS 23 works from ESMA’s perspective but not for anything or anyone else.”

Many believe though that it might be too late to stop the wheels of progress.  “There are issues around the edges and people will continue to seek resolution but we have seen a definite increase in interest in firms looking for ISIN data solutions because the MiFID deadline is looming,” says Brian Lynch, CEO of RegTek Solutions.  “It is best to be prepared and not get caught in an end of year crunch.”

Another industry participants adds, “We only have ten months to go before MiFID and any push back will be unhelpful. The DSB has been created and is hoping to start testing in April. I think people need to channel their energies in making ISINs work.”

ANNA certainly is forging ahead and is in fact ahead of schedule, and meeting all the benchmarks, according to Emma Kalliomaki, managing director of ANNA, the DSB and the ANNA Service Bureau (ASB). “As previously announced, the User Acceptance Testing (UAT) platform opens on 03 April 2017 and registration for access to the UAT opened on schedule on 1 March 2017,” she says “In addition, we’re preparing an announcement about who will be providing the global infrastructure for the DSB. We will have a fully resilient, scalable and secure production system built out by 3 October 2018 as planned.

Kalliomaki believes that “the use of multiple identifiers would be turning back the clock to the old-fashioned global inefficiencies that the ISIN was developed to correct. In the last two decades, the international business and regulatory support for the ISIN and other ISO financial standards have not only expedited and eliminated risk from cross-border trading – the original purpose – but have become the universal financial language that underpins every type of capital markets operation.”

She also argues that the vision that has informed the development of the ISIN engine is the capacity to fulfill the ISIN’s role as a global identifier and to adapt the structure of the ISIN definitions to meet evolving reporting standards on a global basis. To this end, she says that the Product Committee can reference the draft CPMI-IOSCO UPI attributes for the Unique Product Identifier, as well as all the cross-jurisdictional and cross-business workflows defined by the original ISO Study Group 2.

“ANNA anticipates the implementation of this multi-jurisdiction design to be performed in phases, with the initial implementation focused on MiFID II and subsequent implementations extending to other requirements, whether they be for global operational use or for international regulatory processes,” she adds.