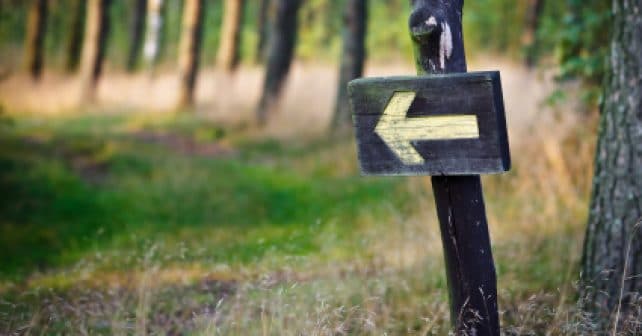 Depending on the size of a firm’s portfolio, it is actually not too late to start preparing for the BCBS/IOSCO variation margin (VM) requirements and upcoming March deadline. Organisations starting now are definitely well behind the curve in their preparations and may struggle to find resource if not already in place, but there is still time to zero in on these top four priorities ahead of March 1st 2017.

1.Re-documentation – decide how to handle it

One of the first steps firms should be taking is deciding how the re-documentation process will be handled. Firms have to ask themselves if they want to go out to market with their own document or are they happy to deal with the documentation of the counterparty? It is important for organisations to be aware that if they want to go out with their own document and the organisation is facing a bank, based on the experience we have at the moment, I think there is a 75% chance that the bank probably won’t look at it. ‘Stretched for resources’ is usually the excuse that firms will receive back.

It is imperative that each firm has a good understanding of the information it needs to have. Firstly, find the existing documents, which is not as easy as it may sound. Next, there is a fairly finite list of information needed to have at hand such as counterparty names, “Dated as of” date of the ISDA, Eligible Currencies, Eligible Collateral and their haircuts, and Minimum Transfer Amounts (MTAs).  I strongly recommend that firms make sure that they actually have ready access to this information.

The big question here for firms to ask themselves is “do we want to split the treatment of legacy trades from Working Group on Margin Requirements (WGMR) trades, or do we want to keep the two together?”  Having made that decision first, then I suggest an organisation considers what it will accept by way of eligible collateral.  Most firms are going with cash-only, often single-currency, Credit Support Annexes (CSAs). In Europe, if an organisation want to accept and/or post non-cash collateral that’s fine, but it will need to think about FX haircuts. A FX haircut of 8% applies, broadly, if the denomination of any non-cash collateral differs from those agreed within the underlying ISDA, CSA or any confirmation.  This will also have an impact on the definition of “Value” within the CSA. In short, keep an eye on this as a definition that may need to be changed.

Some other items to think about generally and regarding haircuts is if the haircuts in a firm’s existing documentation meet the minimum requirements? If not, they’ll need to be amended. Also, what about MTAs? 250,000 – 400,000 seems to be where the market is settling at the moment. Another consideration is spot FX – as a firm do you want to include or exclude it? Most are choosing to exclude it, which is allowed.

Other questions each firm must make decisions on is how it feels about some of the other clauses that may be useful but are not, strictly speaking, necessary in order to achieve WGMR compliance. And there are many to consider.

Some examples of these additional clauses are “Negative Interest” and “Daily Interest Compounding” and whether the firm wants these clauses to be applicable or not. There is also the “Notification Time” clause – do you want to make this slightly earlier in the day so that you can safely meet the new intraday margin requirement?  Another new clause is “Interest Transfer” versus “Interest Adjustment”, which is a new concept under the VM CSAs.  “Interest Transfer” means that interest which is owing is simply paid over to the party to which it is due, whereas “Interest Adjustment” means that the cash component of the existing stock collateral is adjusted to take account of interest that is due from one party to the other – it is not actually paid over. Most organisations are going for the former, which is likely due to systems issues, but a firm needs to ask itself how does this suit the them?

Then organisations need to consider other things like “Interest Payment Netting”.  “Interest Payment Netting” is a new mechanism which allows payment of interest to be set off against deliveries of collateral. Again, most firms are opting not to include this, which is probably a systems issue, but organisations need to consider how they stand in relation to that.

Legal and eligible credit support is another new provision which gives the holders of collateral the ability to notify its counterparty that certain collateral, or a specified amount of it, is no longer eligible and to require its replacement. This provision is designed to help parties comply with eligibility requirements and concentration limits. In practice, there is a fairly even split between those who are using this new functionality and those who aren’t, but again firms need to ask themselves how does this suit them.

And lastly, “Credit Support Offsets”.  T applies when a firm has more than one CSA in place. That might be the case where an organisation has chosen to deal with legacy trades differently from WGMR trades.  The clause effectively allows deliveries of collateral between two CSAs to be set off against each other.

There is an absolute mountain of paper being exchanged at the moment and not every negotiation is going to get over the line by the 1st March 2017. I can’t stress this point enough. A large number of negotiations are not going to get finished. In some cases, they won’t even get started by the 1st of March. Even the largest banks do not have that kind of resource. Now that is okay as long as firms do not trade on non-compliant documents and contracts.  However, it means that organisations need to prioritise those key relationships. The priority will be to get some of those negotiations over the line, so firms need to know which ones they are.