Stop the Bus! I Want to Get Off! More Changes to VM Protocol… 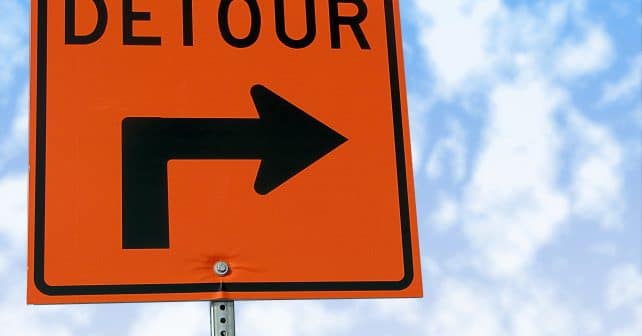 With VM CSA repapering in full swing over at DRS, this article took a while longer to write than first anticipated.  It has now been two weeks since ISDA published another two supplemental rules exhibits further amending the ISDA 2016 Variation Margin Protocol (the “Protocol”) on 27 January 2017:

•        Supplemental Rules Exhibit for Non-Netting Counterparties (the “Non-netting Supplement”); and

The Non-netting Supplement allows parties to agree to amend “New CSAs” created under the Protocol (whether governed by NY or English law) to allow one or both of the parties (known as “Gross Collection Parties”) to collect variation margin (“VM”) on a gross basis (instead of the usual net basis).  This reflects requirements for gross VM in certain circumstances under US and EU rules governing the margining of non-cleared derivatives.

The clause which details the operation of the “Gross Delivery Amount (VM)” and “Gross Return Amount (VM)” is almost identical to that of a Delivery Amount and Return Amount found within a ‘traditional’ CSA.  The major changes relates to the definition of “Exposure” (from which both a Delivery Amount and a Return Amount are calculated).  This has been amended to a definition of “Gross Exposure” by the addition of language which, broadly, results in any transactions which would create ‘exposure’ to a non-Gross Collection Party having a value of zero value and therefore not creating a requirement by the Gross Collection Party to provide collateral to the non-Gross Collecting Party with respect to those transactions.

The clause which details the operation of the “Net Delivery Amount (VM)” and the “Net Return Amount (VM)” describes a mechanic which is essentially identical to that of a Delivery Amount and Return Amount found within a ‘traditional’ CSA.  The definition of “Exposure” has been changed to “Net Exposure”, but this new concept is identical to that of ‘traditional’ “Exposure”.

Broadly, “Credit Support Offsets” applies where there is an “Other CSA” (e.g. a ‘traditional’ CSA’[1]).  The “Credit Support Offsets” clause allows the parties to offset (a) transfers of collateral under the VM CSA against, (b) transfers of collateral under the “Other CSA”.  The result is that only one transfer of collateral is necessary.  It’s a neat clause but, in practice, most counterparties are choosing to make it “Not Applicable”, presumably on the basis that they do not have the internal systems necessary to support such a mechanic.

“Intra-Annex Credit Support Offsets” takes “Credit Support Offsets” on a step by enabling collateral transfer netting in relation to collateral transfers occurring under the same document.  It applies where, on a given day (a) a transfer of collateral is due to be made by each party (whether that be a Delivery Amount or a Return Amount), and (b) the parties have notified each other of the collateral they intend to transfer and it is fungible.  In these circumstances, the fungible collateral can be netted off against each other, resulting in only one transfer.

The Non-netting Supplement also makes some minor changes to the “Cash Transfer Addendum” – itself a supplement to the “New CSA” governed by NY law which allows outright transfer of cash collateral to take place under the laws of Ontario.

In the “New CSA” governed by English law a tweak is also made to Paragraph 6 (“Default”) to recognise the fact that, on a termination of the underlying transactions, an “Unpaid Amount” may be due to both parties (and not just to one party as the Transferor, as is the case under the ‘normal’ VM CSA).

The Segregation Supplement allows parties which are required to segregate VM to agree to amend a NY law “New CSA” created under the Protocol to add terms providing for the segregation of VM into a segregated account at an agreed tri-party custodian.

In order to achieve this, the parties have to agree who is to be the “Segregating Party” (i.e. the party which posts VM into a segregated account held at the third-party custodian (called the “Segregating Party Custodian”)) and who is to be the “Dealer” (i.e. the party which posts collateral directly to its counterparty in the normal way).  This is achieved by either selecting “Request to be Segregating Party” in the “Supplemental Questionnaire for Segregation Amendments”, or selecting “Agree Other Party to Be Segregating Party”.  It is important to note that a party can only make one selection in this section of the supplemental questionnaire.  Presumably, therefore, if both parties wish to be “Segregating Parties”, two supplemental questionnaires would be required, with each party (when acting in the capacity of the “Delivering PCA Principal”) making an election to be a “Segregating Party”.  It is also important to remember that, in order to make a tri-party custodial arrangement work in practice, the parties will need to negotiate an account control agreement with the custodian.

The “Segregating Party” (when in receipt of collateral and therefore acting as the “Secured Party”) is entitled to rehypothecate collateral and (when interest rates are positive) is required to make interest payments to the “Dealer” (as Pledgor).  However, the Segregation Supplement allows the parties to disapply these provisions.  In order to do this, both parties must select “No” as the answer to the question “Segregating Party Use of Posted Collateral (VM)?” in Part IV of the supplemental questionnaire.

The exhibit to the Segregation Supplement makes the following specific amendments to the NY CSA:

At the last count, there were some 38 documents which comprised the Protocol.  Even with the assistance of ISDA Amend 2.0 – which is a fine piece of software – the Protocol is a difficult construct to understand fully.  This undoubtedly has contributed to its relatively low take-up.  Whilst numbers of Protocol adherents began to increase in the second week of January, there is more recent evidence of flat-lining and final numbers seem unlikely to reach desired levels.  Not only does the continued iteration of the Protocol require multiple ‘mini adherences’ but it has, over time, resulted in a gap developing between (a) the template VM CSA as originally published by ISDA, and (b) the template VM CSA as exists under the Protocol.  This has led to some confusion within the market.  Moreover, one or two of the subsequent Protocol amendments seem to have a questionable basis in law.  An example would be the revised definition of “Regular Settlement Day” under ENN-7.  This seems to contemplate transfer of collateral on a T+1 basis.  It’s not immediately obvious how that tallies with Article 12(1)(a) of the EMIR RTS, which clearly talks about the ‘provision’ of collateral “within the same business day of the calculation date”.  In fairness, the additional Protocol language can serve as useful template language for making bilateral amendments.  But given the proximity of the 1 March deadline, the focus of the industry on bilateral amendments, the low rates of compliance (ISDA estimates that only 4.43% of CSAs have actually been amended to meet new requirements) and the real chance that current requests for a 6-month transitional period will fall on deaf ears, wouldn’t the Pareto Principle dictate that efforts should be focused on providing tools to help with the bilateral negotiation process?  Isn’t it time to step away from the Protocol pen?

Daily Rates of Adherence to the 2016 ISDA Variation Margin Protocol