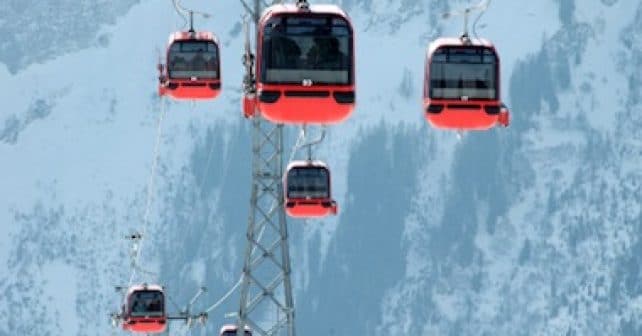 Quad party segregation is not a new concept but this mechanism is getting much attention with the operational efficiencies it offers for CCP clearing, Lynn Strongin Dodds explains.

The Lehman Brothers collapse may have pushed segregation of client assets to the fore but the recent failures of MF Global and Peregrine Financial Group have made investors even more nervous about the safety of their assets in the run up to central clearing. The US and Europe are taking different stances and while the rules are still being finalised, custodians and central counterparties (CCPs) are busy tailoring quad party solutions to the new regulatory regime.

In February, the US-based Commodity Futures Trading Commission adopted a new segregation model for cleared swaps called the legal segregation with operational commingling (LSOC) model. Despite the unwieldy title, the objective is to enable Futures Commission Merchants (FCMs) and Derivatives Clearing Organisations (DCOs) to operationally commingle funds. They must maintain legally segregated customer accounts and cannot use a non-defaulting customer’s collateral to cover the losses if there is a default of another customer of the firm.  The theory is that it offers clients legal protection although FCMs will incur the additional costs associated with fully segregated individual accounts.

The European Union, on the other hand, has two models under the European Market Infrastructure Regulation (EMIR) – omnibus and individual segregation accounts. The former separates the assets of clients from those of a clearing house member, but holds all client assets together and may use them to cover a default or shortfall of either the member firm or another client. The latter is where separate records and accounts are kept enabling the clearing member to distinguish the assets and positions held for each client.

The main issue concerning the client in the omnibus structure is the possibility of mutualisation of loss, in the event of clearing broker default, according to James Tomkinson, OTC clearing and collateral management specialist at Rule Financial. “Although a fully segregated model does provide a solution to this, it results in the clearing brokers needing to support very large numbers of accounts. This in turn means a huge operational burden which is technologically onerous and could be prohibitively expensive. Another issue to be addressed by clearing brokers supporting buy-side clients is in the area of transit risk because the client’s collateral is held with brokers prior to delivering to the CCP to cover margin requirements. A number of quad party solutions are beginning to emerge to address this risk.”

Quad party is not a new concept as it has been a feature in many large custodians’ collateral management packages. However, it is being reworked and there are different variations on a theme in the marketplace. “In effect, it is a variant of tri-party repo except there are four separate legal entities – the client, clearing member, CCP and the collateral agent,” says David Little, director strategy and business development, securities finance and collateral management at Calypso. “It has all the advantages of tri-party but is much more efficient because it eliminates a step in the chain. The agent delivers the client’s collateral, under the clearing member’s instruction, directly to the CCP. Without quad-party the collateral would have to be moved twice -first to the clearing member and then on to the CCP. As with tri-party the collateral remains at all times within the custodian or International Central Securities Depository (ICSD) so there is no settlement risk or delay,” he adds.

The downside is that quad party is more complicated in terms of legal relationships. End clients though are given more choice and flexibility while the clearing firms that underwrite their risk as well as the clearinghouse are entitled to use the collateral should the need arise.

Tri-party arrangements are different in that a custodian typically acts as collateral agent between the client and clearinghouse. The firm not only allocates collateral to different accounts from a pool but also provides marking to market, re-pricing and delivery services. One of the main concerns is over who controls the movement of the collateral in and out of accounts as well as the reliance on the custodian to revalue the collateral that is held in a clearinghouse account.

According to Richard Turrell, head of market infrastructure product at BNP Paribas Securities Services, “Clearing members have historically used tri-party agents to facilitate the movement of collateral. It is an automated process but with quad party, we can make the collateral transfer process simple and efficient with a consistent custody arrangement for the assets. It provides legal certainty and transparency that clients can get hold of their assets and can cover their positions. There is no need for them to use the tri-party agent in that they can deliver the collateral directly to the CCP.”

Oliver de Schaetzen, director, head of product solutions global markets at Euroclear, notes that “after Lehman’s and more recently MF Global, buy-side clients are looking at ways to further protect the management of their securities collateral. They want to protect themselves from the potential default of their clearing member, and want to be able, in an event of default, to move their positions to another clearing member without having to unwind open transactions.  In close cooperation with CCPs, tri-party providers such as Euroclear are looking at a number of different solutions such as quad–party whereby the buy-side clients would deliver collateral directly to the CCP.”

de Schaetzen, adds that “a key feature of quad-party is what we called the third party pledge holder solution that we already offer for securities financing transactions, whereby assets are ring fenced in a dedicated collateral account opened in the name of Euroclear Bank on behalf of the beneficiary of the collateral. Collateral is therefore held in a neutral territory and access will be granted to the non-defaulting party in the event of a default. In the context of OTC derivatives clearing, the beneficiary could be either the CCP or the clearing agent. The idea we are now exploring is whether this solution can be used as a template to develop an attractive quad-party offering.”

Its ICSD rival, Clearstream, which already had a quad party offering, is also exploring different option and recently joined forces with BNP Paribas. Under the agreement, clients of the French bank will be able to consolidate their collateral holding via Clearstream’s Global Liquidity Hub to cover their global exposures from a single optimised collateral pool. They will retain their asset portfolios within BNP Paribas’ custody network while Clearstream’s collateral management engine allocates, optimises and substitutes collateral on a fully automated basis across the books of BNP Paribas.

The collateral can be managed across time zones and regions while assets stay in their respective domestic market under local legislation. The partnership is expected to not only lower operational risk but also cut collateral fragmentation costs for clients.  This will become increasingly important as the collateral burden starts to weigh heavily. In fact, research from the recently published Accenture/Clearstream report “Collateral Management: Unlocking the Potential in Collateral” showed that the financial services sector could save over € 4 bn annually by addressing operational inefficiencies.

Meanwhile, CME Clearing Europe is also thought to be throwing its hat into the ring this year with both tri-party and quad-party collateral arrangements. The US-based firm has stated that one of the practical requirements for CCPs on the back of the impending regulation is the need for participants to re-examine traditional ways of accepting collateral to cover business that is cleared. This means finding more adaptable approaches that can be offered in a legally risk managed way.  In the past, the CME operated a traditional title transfer arrangement where collateral is moved into accounts in the name of the clearinghouse, which under this structure legally owns the collateral.