Collateral Transformation – Has it Lost its Lustre? 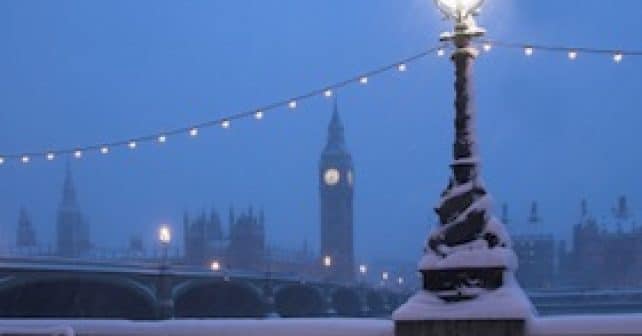 It wasn’t that long ago that collateral transformation was being touted as a panacea to a fund manager’s OTC clearing woes. Fast forward to today and the cost of converting lower quality instruments into acceptable assets is making all industry participants think again. It is still an option in the toolbox but many are looking at a wider range of solutions.

The main culprit is cost. A recent SAP sponsored report from Celent –  Equipping the front office for the new risk environment  – predicts that the outlay from Basel III coupled with the derivatives reforms in both Dodd-Frank and the European Market Infrastructure Regulation (EMIR) could be between £150m to £350m per global top tier I institution.  Banks could also be hit by additional charges if they are forced to offer indemnification against borrower default.

The impact will be far greater than the seemingly onerous legislation implemented in the pre-financial crisis era such as Sarbanes Oxley, Ant-Money Laundering, International Financial Reporting Standards, MiFID I and Basel II.  As the reality of the current spate of rules sets in, banks are being forced to take a harder look at their relationships and the value proposition of offering a comprehensive range of products and services.  “Not all sell-side firms will be able to offer all the traditional activities to all customers,” says John Templeton, managing director, Global Collateral Services at BNY Mellon.  “The big questions will revolve around the cost and if it is not profitable, then I expect we will see firms exiting certain businesses.”

David Raccat, head of global markets for market and financing services, BNP Paribas Securities Services, adds, “The rules are not finalised yet and there is still a lot of ongoing discussions about the impact of Basel III. For agent lenders, moving borrower indemnification onto balance sheets will have a dramatic impact on capital charges. This could result in them becoming more selective in terms of whom they offer trades to and how they will account for their risk.”

The result is that that only a handful of players will want or be able to provide the full menu of collateral options.  As Ted Leveroni, executive director for strategy at system provider Omgeo, puts it, “About a year to 18 months ago, most brokerage firms and banks worked on the assumption that collateral transformation was something they could provide. It was initially considered a no brainer but like so many things, they started to analyse the nuances and realised that it was not as easy because of the balance sheet constraints imposed by Basel III. In fact, there are only a relatively few number of providers who tick all the boxes and can offer this type of service. I think larger clients are likely to get a more robust service offering than smaller clients because of profitability.”

Jonathan Philp, specialist in OTC clearing and collateral management at business and IT consultancy firm Rule Financial, echoes these sentiments. “If you asked most of the large broker dealers a year ago, many were planning to offer collateral transformation services to clients based on their repo and securities lending services. Today, many are more circumspect because of the capital implications. What we are seeing is custodians stepping in to fill the role or banks that have a securities servicing arm packaging the different clearing services across the organisation in a single proposition.”

For example, BNY recently launched its global collateral service which brings together the firm’s global capabilities in segregating, allocating, financing and transforming collateral under one roof.  Rival State Street, on the other hand, rolled out an integrated offering for derivatives called DerivOne, an end-to-end platform including electronic execution, clearing, middle- and back-office servicing, valuation, collateral management and analytics.

As for banks, the main goal for most banks is to systematically optimise the use and placement of collateral at a firm wide level—across different business lines such as securities lending, exchange-traded markets, cleared OTC, and non-cleared OTC arrangements, according to the Celent report which interviewed over 15 tier 1 global capital markets and wholesale banks in North America and Europe.

This has led to a spurt of activity over the past year.  JP Morgan has merged its global clearing, collateral management and agency execution businesses into a new one-stop shop for clients. Previously, clearing of securities occurred under the aegis of the bank’s Worldwide Securities Services unit while off-exchange derivatives or swaps that are being done ahead of Dodd-Frank took place within the investment bank, which was already acting as an agent, or broker, on cleared futures and options that were traded on exchange.

Other heavyweights have followed suit such as Deutsche Bank which created its market clearing unit comprising of its exchange-traded derivatives capabilities, OTC derivatives  and prime brokerage business, which spans trading, trade reporting and collateral management. In addition, Goldman Sachs and Bank of America which along with JP Morgan has the biggest derivatives businesses among US bank holding companies with a combined $140 trillion of the instruments are thought to be adding new collateral-transformation desks to their offering.

Collateral optimisation has also become the mantra for the buy side. They have taken stock and been busy calculating their post regulation obligations. The result is that many were already posting cash for variation margin and did not have an acute need to spin their ineligible assets into acceptable collateral. Those without the cash buffer are exploring other options besides collateral transformation because of the potential performance drag.

A study conducted earlier in the year by The UK based Investment Management Association (IMA) estimated that current central clearing arrangements would reduce investment returns for a fully immunised liability driven investment (LDI) portfolio by 1.1-1.9 percentage points.  Compounded year after year, this would hugely increase the cost for companies of providing adequate pensions for their employees as well as reduce the resources for investment and growth.  The bulk of the additional cost derives from the lower return on the margin put up as collateral, particularly the initial margin that would have been required for the long-term derivative transactions that pension schemes enter into for the purposes of risk mitigation.

Although pension funds under EMIR have been granted a temporary three year reprieve, the Capital Requirements Directive (CRD IV), the EU implementation of Basel III, will still make it more expensive to trade OTC derivatives, especially long-dated swaps, with banks on an uncleared basis. “There will be a significant increase in cost for the buy side to trade OTC derivatives,” says Fergus Pery, global head of OpenCollateral at Citi Transaction Services. “However, the feedback we are getting from the buy side is that the proportion of funds that will need collateral transformation will be small. As they scratch the surface they will see that it is not a miracle cure and instead managers will look to use the available assets in their inventory in a much more efficient way to meet their margin calls.”

Neil Wright, head of the derivative strategy and product group at State Street Global Services believes there will be a three-step process to managing collateral. “The first is to conduct a scenario analysis where the buy side projects their collateral needs, based on their exposure. The second is optimisation of eligible assets they have in their portfolios and the third is transformation which is costly to do and in many ways seen as the last option. It is akin to securities lending in that you need a robust model because of the credit and counterparty risks.”

Templeton also believes there will be a sharper focus on optimisation because it is the “cheapest way to deliver collateral across the whole portfolio. I think the buy side will look at traditional methods such as security lending and repo but ultimately may also have to look at the same solutions as the sell side such as term lending because of the expense and efficiency.”

Although collateral optimisation and transformation will be top of the agenda for both sides of the industry for the foreseeable future, the proposals issued in September from the Basel Committee on Banking Supervision (BSBC) and the International Organisation of Securities Commissions (IOSCO) could be a game changer. They recommended a wider array of eligible securities such as liquid equities and corporate bonds to be held as margin.

As one leading custodian notes put it, “One of the big unknowns is whether CCPs (central counterparties or clearinghouses) will be allowed to accept a broader range of collateral than is currently being allowed today. Over the time I think they will although subject to the appropriate haircuts to address potential liability. They are unlikely to move from triple A to triple C but perhaps to double A minus. The question then is whether the need for collateral transformation disappears.”