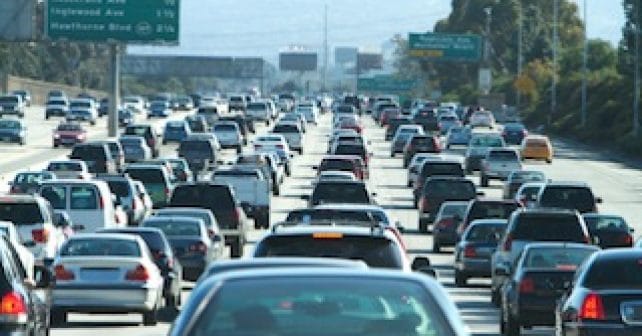 Lynn Strongin Dodds explores why Europe is lagging behind the US in the establishment of a standardised derivatives documentation framework, and what obstacles, such as different segregation models, are complicating this process

While many of the finer points of OTC central clearing have been hammered out, confusion still reigns over the legal documentation process. There was hope that Europe would be following the US lead and produce a template but progress has stalled. Views are now mixed as to whether there will be a framework in place before the European Market Infrastructure Regulation (EMIR) takes effect early next year.

The end of August saw the Futures Industry Association (FIA) and International Swaps and Derivatives Association (ISDA) issue their Cleared Derivative Addendum in the run up to the impending Dodd Frank Act.  The document, which is aimed at Futures Commission Merchants (FCM) and their buy-side clients, provides details on cleared swaps, including the treatment of customer collateral and the close-out methodology for cleared OTC derivatives. It also sheds light on the triggers for liquidation, the provisions for valuing terminated trades and tax issues.

The two trade bodies, which conscripted 30 experienced buy and sell side firms for their opinions, ensured that the Addendum could be tailored by its users and includes a schedule that allows modifications or additions to be made as derivatives regulation evolves. It is a different story in Europe. ISDA has created a working group with the FIA and law firm Allen Overy who provided a blueprint for client clearing.

The original deadline for their Addendum passed in September and opinions differ as to when it might see the light of day.  According to Harry Eddis, a partner in the London financial regulation group at Linklaters, the ISDA Addendum in Europe will be similar to the one in the US in that it is designed to be central counterparty (CCP) and product agnostic and to provide an overlay contractual framework between clearing member and client. It will likely become the accepted standard and parties will then be able to negotiate as they do an ISDA Master Agreement.

“I would expect the Addendum to be used as the template document for client clearing arrangements. People have invested a lot of time negotiating its terms with the aim that it becomes the accepted template. As such, even if a CCP has its own standard documentation, I would expect the CCP rules to support the use of the Addendum as well.”

Dale Braithwait, global head of OTC clearing product development at JP Morgan believes “the delay in Europe is a valid concern but you have to keep it in context. The American version took 18 months and there has been a great deal of progress made in Europe. I think the general consensus is that everyone wants to make sure it gets done by the end of November, before everyone goes away on holiday for Christmas.”

Not everyone is convinced that an end of year deadline is feasible. Edward Miller, partner at law firm Field Fisher Waterhouse, notes, “It has taken longer than people thought and at the moment we are in a strange position of waiting for ISDA to produce a one size fits all document and also, potentially, CCPs bringing out their own documents with a bespoke mechanisms. ISDA is playing its cards close to its chest and being coy about deadlines.”

In many ways, it is no surprise that Europe is lagging behind the US in creating a standard client clearing document. Reaching a general consensus in the 27 bloc nation with its different languages, insolvency laws and tax rules is never an easy task. The US has the advantage of common language, set of regulations and all the relevant parties reside in the same country. The other main difference is that the US operates on an agency model while Europe favours the principal approach which impacts the legal capacity in which clearing members act and the basis upon which a client’s position can be cleared.

According to industry experts, for standardisation to work in Europe, CCPs need to cooperate and be willing to amend or structure their rules. It would also require both the sell and buy side to reach a solution which affords fund managers the flexibility and the protections required by EMIR without compromising the risk mitigation options of the clearing members. These are important to the protection of their own client base as well as other market participants.

To date, the main sticking points are finding a common parlance for close-out mechanisms and default event risks. The situation is exacerbated by buy-side firms having to work with multiple clearinghouses, since clearing brokers will need to offer clients the capacity to move their cleared positions from one CCP to another if a clearing broker collapses. This is not a straightforward exercise as the recent collapse of MF Global last October demonstrates. For example, UK clearinghouses were able to move client positions held with the defunct firm to another clearing broker but under German law Deutsche Börse’s Eurex Clearing was required to liquidate client positions.

Another stumbling block is Europe’s different segregation models. Unlike the US, where the Commodity Futures Trading Commission (CFTC) has mandated the use of an approach known as legal segregation with operational commingling, European CCPs are required to offer at least two models – individual sand so-called omnibus accounts. In general, they legally and operationally segregate collateral and positions in the event that a clearing member or the clearinghouse itself goes bankrupt.

“It is still unclear as to what should be the process if there is a client default,” say Braithwait. “Everyone has their own views but, at some point, we have to draw a line and reach an agreement on these issues.”

For now, CCPs are forging ahead with their own solutions, according to Richard Turrell, head of market infrastructure global product at BNP Paribas Securities Services. “They are approaching it in different ways and there is a debate as to whether interoperability would be a logical way to solve the problem. I personally think this could work with cash equities but it would be difficult with derivatives because they are more complicated.”

So far, LCH Clearnet is the only CCP in Europe offering a client clearing structure, although they will not be alone for long. Eurex Clearing and US-based CME Group are marking their lines in the clearing sand and are rolling out services for buy-side clients to clear interest-rate swaps. ICE Clear Europe is also joining the fray and has just applied for regulatory approval for client clearing service for European credit default swaps. Meanwhile, Nasdaq OMX, the transatlantic exchanges operator, is set to launch a London-based derivatives platform to trade interest rate products in a move that puts it in direct competition with Deutsche Börse and NYSE Euronext.

Buy-side firms are also taking action. For example, Insight Investment has become the first asset manager to start arranging its own standardised legal agreements for swap trades. The documents – which have been drawn to help its clients, mostly pension funds – can incorporate the existing industry-standard contracts from the ISDA, but there is no obligation to do so. Insight’s service involves assuming the responsibility for negotiating all the contracts from its clients, by taking ‘power of attorney’. If the banks and pension funds want to continue using the bank’s standard ISDA documents including the proposed Addendum, Insight  can accommodate this, but also equally draw up its own contracts with the banks.

Looking ahead, market participants will continue to wait with bated breath for a standardised agreement, although Michael Beaton, managing partner, Derivatives Risk Solutions believes that the “issue in Europe seems to stem from a fundamental disconnect between the buy side and the sell side.  For example, the LCH.Clearnet documentation assumes the existence of a bilateral, albeit deemed, ISDA Master Agreement to cover cleared trades between clearing members and their clients.  In the context of a bilateral arrangement, clients are understandably keen to include as many protections as possible within the contract.”

Beaton said: “Conversely, clearing members regard themselves simply as a conduit to the CCP.  Accordingly, they wish to pass through any risks to end users and are reluctant to agree to positions which create basis between their relationship with clients on one hand and their relationship with the CCP on the other.  This fundamental difference manifests itself in the diametrically opposed positions often taken during negotiation of the documentation.”