Asia OTC Reform: How is the CCP Clearing Space Evolving in Asia and are Asian Fund Managers Ready? 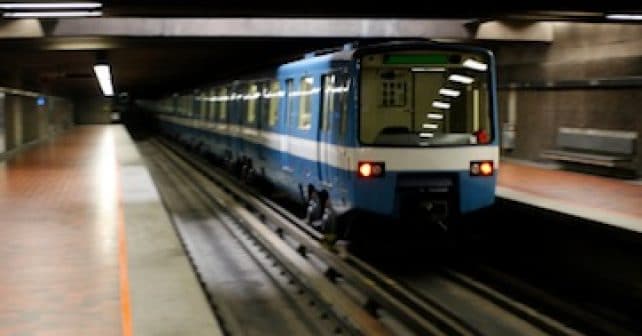 The new OTC world of central clearing is looming but Asian fund managers do not feel the same pressure as their European and US counterparts.  The six members of the G 20 – Australia, China, India, Indonesia, Japan and Korea— are moving ahead at different speeds with many on the buy side waiting for the final edicts to be issued.

The large, global asset management firms that trade in the US and Europe though do not have a choice and are required by the Dodd-Frank Act or European Market Infrastructure Regulation (EMIR) to comply. They are currently in the process of choosing, or have chosen, clearing members to enable them to clear through established platforms like LCH.Clearnet’s SwapClear, CME Group, Ice Clear Credit and Ice Clear Europe.

By contrast, the region’s smaller to medium sized players can bide their time because many of the region’s regulators are still formulating their OTC reforms. Moreover, as data from the Bank for International Settlement shows China, India, Korea, Malaysia, Philippines and Thailand may have all upped their daily average turnover of OTC interest rate derivatives but they still remain relative minnows. The major markets are Hong Kong, Singapore and Australia with Japan being the only one with a global stature.

“When you look at the $648 trillion outstanding notional value of global derivatives, Asia only accounts for 15% and most of the activity is in FX,” says O’Delle Burke, Hong Kong based vice president and product manager of collateral management for J.P. Morgan Worldwide Securities Services, Asia Pacific. “There is relatively less activity around interest rate or credit default swaps. What we are seeing is that the large investment banks are mostly ready while the buy side are just now asking question about how Dodd Frank and EMIR will impact them.”

Dominick Falco, BNY Mellon managing director, broker-dealer services for Asia, adds, “Looking at the future, I think we will see a lot of the traditional OTC products cleared through exchanges and clearinghouses while the bespoke will remain bilateral. The problem though is that Asia Pacific is fragmented and each jurisdiction will develop its own rules and there will be multiple platforms. There will not be a unified structure along the lines of Euroclear.”

According to Dr. Anshuman Jaswal, senior analyst with Celent’s Securities & Investments Group and author of the report, OTC Derivatives Reforms in Asia: Challenging for the Buy Side, the landscape will mainly be dominated by national exchanges or clearinghouses catering to relatively minimal volumes and only local demand. This is in sharp contrast to the US and Europe where large central counterparties (CCPs) are being created to harness economies of scale and attract global business.

The exception is Singapore who is making an aggressive push to become the main clearing contender. “Singapore is leading the pack in central clearing, followed by Japan, Hong Kong and South Korea, says Burke. “While we have not seen much activity in other Asian markets, I do think though, that most major markets will have some form of central clearing by the end of the year.”

The Singapore Exchange (SGX) has been at the forefront, being the first out of the gate with a central clearing service for Singapore dollar interest rate swaps (IRS) in November 2010 and foreign exchange forwards almost a year later. According to SGX, its clearing members include 10 global banking institutions, which together comprise 90% of the $80 bn Singapore dollar interest rate swap market. Also in the pipeline are Asian currency non-deliverable swaps (NDS) – longer-tenor currency swaps between a non-deliverable currency like the yuan and the US dollar – as well as client clearing. Both are slated for the end of the year.

SGX also stated in its feedback to the consultation paper issued in February by the Monetary Authority of Singapore (MAS) that it wanted to be the main Asian central clearing centre for the region’s derivative products. This means that it will act as a counterparty agent to settle derivative trades such as IRS that are denominated in Asian currencies. The proposals are still being debated and discussed but the overall aims are to broaden the current regulatory regime for clearing facilities to OTC derivatives as well as introduce new rules for the reporting of trades to data repositories. Unlike the US and Europe, it does not plan to move OTC derivatives onto exchange-like platforms.

Japan is also looking to carve out a greater role. In some respects the country has made the most progress on the legislative front of all the countries in the Asia-Pacific region. The government mandated central clearing in May 2010, ahead of both the U.S. and Europe. Also, rather than building a new clearinghouse from scratch, it designated the Japan Securities Clearing Corporation (JSCC) – owned by the Tokyo Stock Exchange for cash equities, corporate bonds, futures and options markets – as its main hub.

The JSCC debuted the clearing of iTraxx Japan credit default swaps in July 2011 and is set to begin clearing IRS this autumn, possibly in collaboration with a foreign CCP such as LCH.Clearnet.  Japanese regulators have also given authorisation that as of November, credit default swap (CDS) on iTraxx Japan should be cleared through a licensed domestic CCP and that IRS trades on JPY Libor can be cleared through a licensed domestic, foreign or linked CCP.

There is also progress being made in Hong Kong with the Hong Kong Monetary Authority (HKMA) and the Securities and Futures Commission injecting some flexibility into their reforms. Following a consultation, the regulators have changed their tune and will no longer be forcing banks to clear at a local onshore clearing house. Instead they will have the option to use a foreign clearer, provided it meets certain regulatory requirements. Meanwhile, the Hong Kong Exchanges and Clearing (HKEx) is putting the finishing touches in terms of system development and integration testing on its new OTC clearing house. It should be ready to welcome IRS and non-deliverable foreign exchange forwards by the end of the year and this could be extended to other asset classes such as equity derivatives in the future.

As for the other countries, banks wishing to trade Indian rupee forwards are now required to sign up to clearing services with Clearing Corporation of India who plan to eventually cover  rupee IRS while, China and South Korea are in the consultation phases of establishing their CCPs.

Looking ahead, Jaswal believes consolidation is inevitable simply because not all the CCPs will be able to generate the volumes to justify their operating models. “We do not expect CCPs to go out of business due to the quasi-sovereign nature of these organisations in the Asian context, but we expect many of them to have insufficient volumes and become uncompetitive.”

Although Asian investors prefer using OTC derivatives, he predicts there will be some migration of volumes to exchange-traded derivatives because of the onerous Basel III capital requirements effective next year. The rules are expected to significantly increase the costs of OTC transactions that are not centrally cleared. The upside is that there will be opportunities for innovative exchanges that can create products that are suitable alternatives for OTC derivatives, according to Jaswal.

Third-party providers will also benefit as many Asian fund managers like their Western colleagues do not have the internal resources or budget to navigate the new OTC territory on their own.  They are expected to turn to their custodian or clearing broker but these players need to be able to offer a panoply of services ranging from reconciliation, affirmations, confirmations, valuations, connectivity, collateral management and optimisation.

“Although we are not seeing our clients preparing for the OTC regulations we are getting a lot more enquires about how they can engage their service providers to build the infrastructure,” says Chee-Ping Yap, managing director and head of fund services for Asia Pacific at Citi Transaction Services. “They are not only looking for us to provide services such as reconciliation and collateral management but also to bring them up to speed on the new regulations.”

Falco echoes these sentiments. “There is going to be a huge sea change because fund managers in Asia are not used to posting collateral on many instruments. They are waiting for the final rules to be defined and one of the challenges will be for them to understand the changes. It will definitely be more costly and we are getting more enquires about the processes around the management of the derivative lifecycle.”