How Will CCP Clearing Impact the Buy Side’s Use of OTC Derivatives? 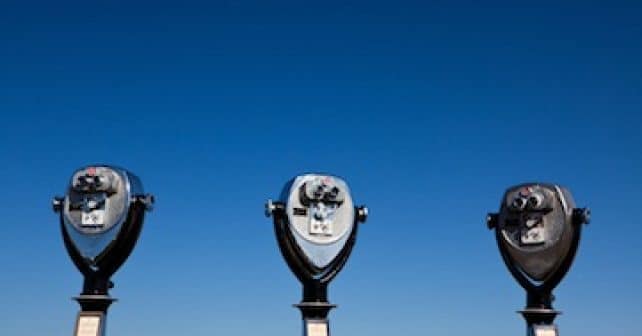 Asset managers are concerned about the collateral burden and cost of central clearing of swaps. Lynn Strongin Dodds explores how these concerns may impact how the buy side’s use of OTC derivatives and if volumes of key hedging instruments will drop?

A centrally cleared dawn may be breaking but many buy-side participants are not yet ready to greet the new era.  The larger institutions have already sprung into action but the small to medium sized rank and file still seem to be at the starting gate. Fears over market illiquidity, spiralling costs and an increasing collateral burden are causing them to pause for thought with some industry experts foreseeing a temporary drop in the use of key hedging instruments such interest rate, currency and credit default swaps as well as equity-linked contracts.

At the moment, according to a new report by consultancy Tabb Group, buy-side firms may be in different stages of preparation, but they are all looking at hypothetical scenarios covering clearing, expense, costs,  test trades, liquidity sourcing, managing basis risk, accessing a Swap Executive Facilitates (SEFs) and whether or not to use a their Futures Commission Merchant (FCM) for execution.

“Everyone knows clearing is coming but there’s been little movement, even as the deadlines bear down,” according to Will Rhode, “director of fixed-income research at Tabb and author of the report. “These are high-stakes games. For now, many on the buy side are taking a wait-and-see approach come implementation day, happier to stay on the side-lines, avoiding potential disruptions in pricing, clearing and perhaps the swaps trading system as a whole.”

The study which canvassed 31 hedge as well as traditional funds, bank and insurance companies, showed that so far, the impending regulation has had little impact on notional volumes with 88% of the firms noting the size of their swaps books were flat to up over the previous year. However, up to 14% of fund managers have changed their trading patterns, with some withdrawing from the so-called exotic products because many of those contracts are ineligible for central clearing.

The linchpin will be the cost burdens imposed by the looming Dodd-Frank Act and the European Market Infrastructure Regulation (EMIR). The US Commodity Futures Trading Commission (CFTC) is looking at the end of 2012 for the first Dodd-Frank clearing mandate, while EMIR is targeting the first quarter of 2013 for its implementation phase.

What we are seeing now is that asset managers  are looking at whether the potential benefits of trading swap contracts outweigh the costs of central clearing which include posting collateral and fees charged separately by the sell side and clearing houses,” says Matt Gibbs, product manager of Linedata. “It is like buying car insurance. If the contract costs more than your car you would downgrade your insurance policy to a less comprehensive one which adds risk.  I think we will see some pension funds look at different ways to hedge their risks.”

Nadine Chakar, executive vice president, global head of BNY Mellon’s Derivatives360 unit adds, “It will be difficult for pension funds to drop hedging entirely because they have liabilities that run for thirty to forty years into the future. They will have to weigh up and evaluate-today whether the costs of central clearing are greater than the impact of inflation and interest rate risks on their portfolios.“

In the US, industry studies show that fund managers could potentially pay $30,000 to $50,000 a year in account servicing fees for an average size portfolio along with ticket charges of as much as $500,000. Those that are heavy traders of swap contracts could possibly be out of pocket by several million dollars a year in ticket fees.

There are three major factors impacting the buy side, says Jon Anderson, head of valuations & OTC derivatives at SS&C GlobeOp. “The first is the additional collateral expense and the second is the uncertainty over the additional costs in the new trading environment; for example, trading both foreign exchange bilaterally and interest rate swaps on exchanges. The third is the operational outsourcing that may be required. Many of our clients are hedge funds and they run a lean operation and do not have the middle office infrastructure needed to comply with the new regulations.”

Unlike in the past, when derivative processing was seen as the preserve of the back office, all parts of the organisation will have to be involved. For instance, the middle office will have to adapt reporting capabilities as well as valuation techniques for both cleared and uncleared trades – often labelled as portfolio bifurcation while the front office will have to pay more attention to the connectivity with execution and affirmation platforms. Internal procedures and systems will also need to be returned to meet the more stringent rules for uncleared OTC trades.

The increased requirement for collateral is expected to be particularly onerous. This is because initial margin, once a rarity in the bi-lateral world, will now become commonplace for all OTC contracts while calls for variation margin which reflect changes in the value of the portfolio during its life are expected to multiple throughout the day. Clearinghouses are also expected to become more selective and while the rules are not yet in stone, the general view is that cash and high quality investment grades will be their assets of choice.

The challenge will be to find those conservative assets because the well will not be deep enough and fund managers will be forced down the road of collateral transformation and optimisation.  Estimates by the International Monetary Fund (IMF) in its April 2012 Global Financial Stability Report, show that requirement for these safe assets could jump by $100 billion to $200 billion but the supply might drop by $900 billion by 2016, erasing 16% of the total.

“Collateral transformation will be expensive and there are many figures being thrown about, ranging from 5 basis points to 100 bp, says Sean Sprackling, director of consulting for the investment sector at PwC. “I think it will be in the range of 5 to 15 bp. “I believe the additional costs will have an impact in the immediate aftermath of the new rules coming into force but it will more of a hockey stick effect whereby volumes will rise once it becomes more commoditised.”

Chakar adds, “There might be a blip in trading while fund managers figure out how to manage their exposures in this new reality but as these things get more standardised and transparent it will become less expensive. As a result, the people that may have shied away initially will come back and dip a toe in the water.”

In the meantime, exchange-traded futures, options and centrally cleared, highly standardised swaps could be the main beneficiaries. “Initially we could see fund managers turn to the futures and options markets to enhance returns and manage their exposures,” says Andy Nybo, principal and head of Tabb Group’s derivatives practice. “Regulation is not the only driver because institutions are also becoming more sophisticated in the way they manage their portfolios.”

Looking farther down the line, market participants also anticipate innovative investment banks to develop new more cost effective hedging products outside the legislative ring.  Ted Leveroni, executive director of derivatives strategy at Omgeo, says, “The sell side is already developing hedging tools based on exchange traded derivatives to replace the OTC swaps generally used today. These products will likely be utilised by more than a few fund managers, both big and small.”

However, they could come with their own warning signs. “We will see investment banks develop structured products that look like rate swaps but I am not convinced of their attractiveness,” says Stuart Catt, associate – Sentinel Group at Mercer Investment Consulting. “They may avoid regulation but they will raise new questions about credit, counterparty and liquidity risks. “

Sarah Jane Dennis at consultancy Investit adds, “Necessity may be the mother of invention and I do think banks will find another way but they can’t be too clever. The lessons that the industry has learned from the CDO experience, is that if a fund managers don’t understand a product, they are not going to use it.”