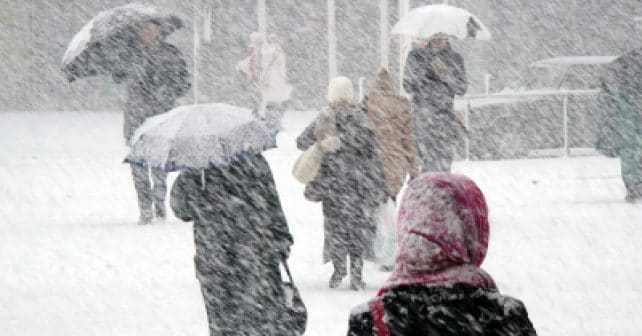 BISS Research’s Gary Wright explains why the fragmentation of  the CCP landscape in Europe, which is further complicated by the push for OTC derivatives onto exchanges, will cost the market more and introduce more operational burdens all while not reducing the risks expected.

It is all well and good regulators making OTC Derivatives exchange traded but with so many different clearing houses in Europe and after many years interoperability more of an illusion, the risks and costs of OTC will no doubt spiral. A sure-fire case of chucking the baby out with bathwater, if ever I’ve seen it!

The whole point of making OTCs exchange traded was to bring some transparency into the business to help reduce risks and far more hopefully costs. Call me a cynic, but I have rarely seen cost reductions in the finance industry ever passed onto the end investor. However, with European clearing house fragmentation none of these benefits is likely to accrue anyway. All that is likely to happen is that the industry will just exchange some OTC risks for others; if this is so the purpose will have been lost and after considerable cost to everyone, we will virtually be back to square one.

Finding the industry back to square one will no doubt increase the fervour of politicians and regulators alike and inevitably cause another round of regulatory amendments. But as the industry and markets tend to evolve faster than legislation or regulation can be implemented, it’s likely that once again it will be out of step with those running and regulating it. Any new rules or changes to market infrastructure creates yet another round of costs, as system changes and developments always ensue. Surely before the market was forced to implement such fundamental change as OTCs becoming exchange traded, the consequences of clearing and settling under these conditions needed to be addressed, not only with existing aspects of today’s markets but those being developed for the future. Taking into account technology advancements as well as the changing business and economic climate, as the world comes to terms with a new world order.

The fragmentation of clearing houses also creates a fragmentation of where collateral is held. Trading undertaken via different exchanges with investors maintaining assets in multiple custody and centralised securities depositories (CSDs) creates a real problem in all aspects of clearing and settlement. The costs of reconciliation and the chances of fails, increase all most exponentially. Such an increase in the clearing and settlement process puts greater pressure on systems and people to be far more efficient than has been demonstrated to date.

With fragmentation of collateral comes the prospect of more firms having to almost constantly check and revalue against the positions and OTC trades that they are pledged against. This alone will be extremely expensive as it is likely to require better and increased systems support and a constant monitoring of the valuation to ensure that each position is adequately covered. As markets now demonstrate huge volatility during the day and the week, the importance of valuations on intraday mark to market becomes even more necessary.

The merry-go-round of movement of collateral will really test the clearing houses as well as the firms having the responsibility to protect themselves and their clients. Fragmentation also increases the number of messages that instruct the movement of assets against collateral, thus volume will increase exponentially across the industry, as all parties involved with each trade will need updating. If all parties were in SWIFT, it might be slightly better, as at least the electronic messages would be standardised and machine readable. However, as we know less than a quarter of the world’s finance houses are SWIFT connected and most of those that are not are likely to be involved in OTC. This looks like a mismatch of different confirmation and instruction messages going through different mediums. You might say that’s not much worse than before but all this is additional and of much greater value.

With so much added traffic to cope with and an increased likelihood of failures comes the inevitable fall back on client relationship management. Fragmentation also demands knowledge of each clearer and its operation and the ability to collate this information and be able to replay it back to resolve the client query. Conceivably client relationship people will  have to cope with more enquiries and relationship issues with their customers and this in turn will increase cost.

General clearing members will also be seriously affected as their volume will also mushroom, giving them a real challenge in servicing their client’s accounts. Reconciliations will have to be spot on, to keep pace with all this increased activity, which actually hardly has a genuine bargain attached. Just one OTC transaction will lead to a massive increase in market messages and reporting. Speaking of reporting, the regulators will also have to work overtime to make sense of the massive increase in market messages as collateral moves continually between clearing houses. Margin requirements will also be a significant area of concern, as increased margin requirements oscillate between different clearing houses. Deals transacted on one exchange may be margined against assets held in another.

Now all this would not matter if there was a single clearing house, as the pooling of assets within the OTC market would provide economies of scale and produce a central point of management for financial services firms and regulators. In the USA the DTCC provides a secure and central point of referral to the whole market. It allows close controls by all and it’s able to react almost instantaneously in times of extreme stress. This scenario is probably what the regulators and dare I say politicians were thinking of when the idea of Exchange traded OTCs first materialised. Sadly the fragmentation of European Clearing houses makes this a thing of folly.

In Europe T2S has been on the drawing board for some years with delays constant. The delays are beginning to look like this development might not happen. On paper T2S looks a sound development for the market but even if it makes the next planned live date it’s unlikely to be soon enough to assist the OTC exchange traded and cleared objectives.

It’s long been realised in Europe that the number of different clearing houses is a major problem and it was years ago that interoperability was suggested as a solution to solve the problems brought by fragmentation. However, just as turkeys have very rarely voted for Christmas, it cannot be a surprise that the Clearing houses have dragged their heels all the way, in actually implementing interoperability.

The introduction of MiFID a few years back increased the number of electronic trading venues and stopped stone dead, the consolidation of exchanges which was beginning to materialise; most notably, Euronext, now NYSE Euronext and soon the Deutsche Börse. It is likely that the MiFID review will further the increase competition in the trade execution space, but also equalise the current regulatory differences between exchanges and MTFs and bring into the daylight Dark Pools. This will put the onus on exchanges to further differentiate themselves from each other.

In the case of the London Stock Exchange it has been public knowledge that LCH.Clearnet is an attractive acquisition. This demonstrates that exchanges will look to move back into post-trade services and create vertical silos. The biggest Exchange is likely to the NYSE Euronext if they merge with the Deutsche Börse, leaving other exchanges like NASDAQ OMX to possibly look for a merger. Who knows if the London Stock Exchange will once again be a pivotal player in this! All this potential exchange consolidation is interesting because it could trigger consolidation in Clearing houses.

One thing is very clear and that is that the fragmentation of European clearing house must end. It makes little or no sense to try and build competition between clearing houses to drive down risks and costs. It’s a fact that through this misguided view, costs and risks have increased and will continue to do so. The introduction of OTCs into this model will just further increase cost and risk. What is required is a mass consolidation of European clearing houses, leading to hopefully no more than two, but preferably one. The possibility is that this could be left to market forces to achieve if the stock exchanges aggressively move into post-trade services. I would not put my money on any other logical consolidation force, certainly not political or regulatory.

Gary has been in the finance industry since 1969 and has held senior positions within several major financial institutions. He has also been employed within a number of leading suppliers giving him a unique position to appreciate the problems of procurement from both sides. He is the creator of the unique B.I.S.S. Accreditation, which independently benchmarks international systems and services from the buyer’s perspective.

Gary is highly sought after for his views concerning MiFID and SEPA impacts on business and operations and also the effects of the creation of the European single market.

He has been involved in many industry committees including setting the SII Operations Management exam papers and has also lectured at Reading University and at their Montreux event. He has run a number of industry workshops, training sessions and roundtables and chaired many conferences on topics related to Financial Services.

His blogs, articles, whitepapers and reports are published world-wide both on the web and in the press and trade journals and he is an accomplished speaker and commentator on the many changes in the financial services market place.