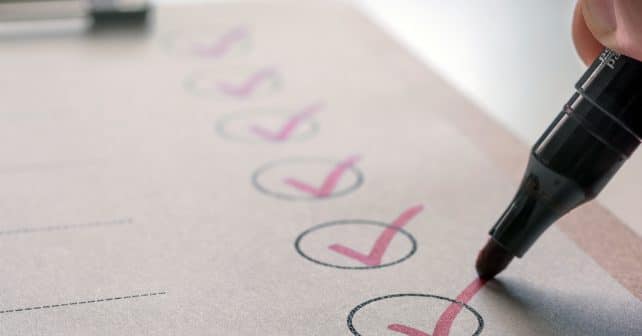 On 17 September 2020, the U.S. Commodity Futures Trading Commission (CFTC) published the final rule amendments to its swap data reporting regime. After pouring over 911 pages and depleting our supply of highlighters to determine what changes will be required for our clients, it soon became apparent that we had to go beyond analyzing the words on the paper. We needed to read between the (approx. 16,000) lines to determine what the rules actually mean for our clients during the 18 months implementation phase.

The CFTC final rule amendments have been a long time coming, with the CFTC soliciting industry feedback since their swap reporting rules went live a full eight years ago. This long-term dedication to enhancing, simplifying, and harmonizing its swap data reporting regime is a clear indication that the regulator will expect reporting counterparties and swap data repositories (SDRs) to follow suit and up their respective games as well.

As well as the time taken to getting the final amendments just right, the CFTC has also outlined that going forward it intends to use the data more effectively, thus improving the supervision of their registrants and markets generally. For example, the number of reportable fields has been streamlined to make reporting more ‘focused’. As a result, the amount of data reported will be more manageable for both the regulator and reporting counterparties.

However, that new focus may also mean that the regulator will more closely scrutinize the data that is reported, potentially leading to more enforcement actions taken for the submission of inaccurate or incomplete data. The CFTC’s commitment to the accurate and reliable reporting of swap data to detect and mitigate systemic risk has already been demonstrated with two fines being levied for swap reporting in 2020 alone: a $9 million fine agreed by Deutsche Bank in June for an ‘unprecedented swap reporting platform outage’ and the recent $5 million fine agreed by Morgan Stanley announced by the CFTC only 13 days after the new amendments were published.

At first glance, these fines may seem small in comparison to those imposed on registrants for market manipulation, spoofing, or AML/KYC investigations.  But then again, following Deutsche Bank’s fine, the U.S. Securities and Exchange Commission (SEC) piled on by further requiring the bank’s CEO and top lawyer to personally attest to the firm’s compliance with the CFTC settlement for three years.  This is not a task that one of the world’s largest banks will take lightly.

Streamlining your technological plumbing
The CFTC’s scrutiny may not be limited to reported data; given that the regulator intends to retain more IT staff to support these new rules,[1]it is possible that they will expect reporting counterparties and SDRs to employ more sophisticated technology to meet its reporting requirements.

Nevertheless, ‘sophistication’ doesn’t always require ‘complexity’.  In fact, regulators across the globe expect firms to be able to understand, explain and evidence their technology processes in a simple manner; but simplification isn’t always easy, especially when it comes to trade and transaction reporting. In advance of the CFTC’s go-live of its Part 45 and Part 43 rules, many reporting counterparties were required to build out highly complicated systems linking its front and back office systems, confirmation platforms and connections to SDRs in order to meet the “as soon as technologically practicable” time requirement.  Given the amount of changes the CFTC is mandating, firms should consider paring down their technological plumbing for the sake of simplicity and scalability.  Unfortunately, such simplicity can be costly and tricky to implement.

Doubling down to avoid double trouble

It does not go unnoticed that the CFTC has actively participated in global industry working groups, particularly CPMI-IOSCO, to achieve greater harmony between their swap data reporting regulations and other global reporting regimes, particularly the European Market Infrastructure Regulation (EMIR).  The CFTC was one of the first regulators to implement its swap data reporting rules following the call to action at the 2009 G-20 Pittsburgh Summit, but they have diligently (and humbly) worked to improve their reporting regime to better their ability to effectively oversee the previously opaque swaps market and also make it easier for reporting counterparties to comply with their rules. The European Securities and Markets Authority (ESMA) was not far behind, with a go-live only 17 months after the CFTC’s first received swap data in 2012. Since this time, ESMA and the CFTC have worked together to understand the lessons learnt from their disparate reporting regimes, and the CFTC has gracefully revised its rules to now align more closely with EMIR.

At first glance, it seems like the two regulators are doing the industry a favor by making their regimes more uniform, given that a large portion of the industry has dual reporting obligations. But two regulators working together can also mean: 1) potentially greater coordination in reviewing swaps that are dually reportable in both jurisdictions, and thus greater coordination in enforcement actions; and 2) because ESMA is not a regulator to be outdone, we should all expect the European regulator to thoroughly revise its technical standards on reporting as a part of EMIR REFIT. Let us not also forget that Brexit adds a further layer of complexity asthe UK’s Financial Conduct Authority has established a transitional regime to accommodate UK EMIR which introduces similar, but not identical, reporting rules to that of EMIR.

In other words, reporting counterparties and SDR/trade repositories better double down on their reporting efforts to avoid double trouble with the regulators.

The SEC: waiting in the wings

So far we have mainly focused on the CFTC’s work on the swap reporting front, however the SEC’s rules also need consideration. When both the CFTC and ESMA pushed forward with implementing their own reporting regimes, the SEC waited and watched. However, in an effort to uphold its duties as laid down in the Dodd-Frank Act, the SEC published its final rules in December 2019 to kick off its security-based swap reporting in November 2021. The SEC has committed to harmonizing its rules with those of the CFTC considering the significant overlap in registrants, but such alignment is yet to be seen, given that the CFTC’s final rule amendments call for an 18 month implementation period following the amendments’ publication into the Federal Register, which at the earliest now could be summer 2022. Thus, reporting counterparties should expect to be able to accommodate the requirements of both regulators when their rules kick off.

So while the days count down to the start of SEC reporting and as the swaps community awaits the commencement of the implementation phase of the CFTC’s final rule amendments, it is critical that reporting counterparties and SDRs look beyond what is written in text to really understand the motivation of the regulator. Given the amount of resources, time, and energy the CFTC has spent to overhaul its swap reporting regime, firms should start planning now on how their wider trade and transaction reporting operating model, swap reporting programs, policies and procedures converge to ensure their reporting is accurate, complete, timely, and technologically verifiable.

Carolyn K. Van den Daelenis Managing Partner and Chief of Staff at financial services consultancy Quorsus. Carolyn provides strategic advice and counsel to the leadership team and has responsibility for the ongoing management of relationships with key clients. Prior to joining Quorsus, Carolyn worked in various roles at the Intercontinental Exchange, Inc. (NYSE: ICE) since 2011.  Most recently, she served as the Head of Regulation and Compliance for ICE Clear Europe, ICE's London-based clearing house which clears OTC and Exchange Traded Derivatives contracts across the commodities, interest rates, equities, and credit asset classes. Carolyn holds a Bachelor of Science degree in finance from the University of Illinois at Urbana-Champaign and a juris doctor from the Chicago-Kent College of Law. She is also a licensed attorney in the state of Illinois and is qualified as a solicitor under the laws of England and Wales. 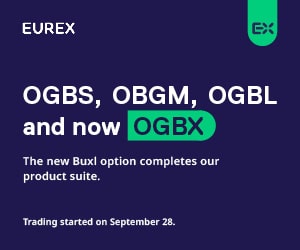