Euro Clearing—Will it Stay, or Will it Go? 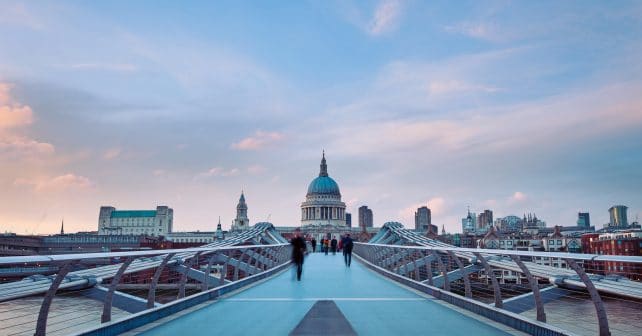 With just months to go until the UK’s scheduled split from the European Union, one of the key issues for derivatives firms is what will happen to euro clearing.

The vast majority of euro-denominated derivatives trades are currently cleared in London—according to recent news reports, the London Stock Exchange Group’s LCH handles about 90% of the euro clearing market and has already cleared around EUR 80 trillion of euro derivatives this year. There are some in Europe who believe the business should be relocated onto mainland Europe where it can be supervised by the European Central Bank, but such a relocation would come at significant cost to the industry.

This Q&A with Corinna Schempp, Head of EU Policy at the Futures Industry Association (FIA), looks how London became the major hub for the clearing of euro-denominated derivatives, the likelihood of euro clearing relocating to mainland Europe, and what a potential relocation would mean for derivatives trading firms. (Listen to the related podcast here).

Q: Can you give us a bit of background as to how London became such a major hub for Euro clearing?

A: There are several reasons that led to this development. The UK is really the financial market of Europe today. It is also the banker of Europe. London became so attractive in part because of the access to a significant talent pool. It is an attractive place that attracts highly sophisticated and educated individuals from all over the world, including from the US and from Asia as well. English has the advantage of being the universal language. There are also time zone advantages, because the UK is halfway between Asia and the US. Another big benefit is the English law system. The common law system provides a great deal of flexibility and, in addition, courts and judges that take pragmatic views and take practical decisions.

I think also the networking system in London should not be underestimated. It’s a big factor, I think, for innovation in London—the networking between peers and the exchange of ideas and thoughts, which leads to further innovation.

There are sophisticated regulators in the UK with the Bank of England, the Prudential Regulation Authority (PRA) and the Financial Conduct Authority (FCA). They have significant expertise in terms of financial markets. It’s clear that because the UK is such a big financial market and a lot of expertise sits here as well as in Europe, that this expertise will be missed in future negotiations when developing rules for European financial markets.

Another factor is that everything is in one place. Infrastructure, vendors, investment firms, international firms, local firms and regulators all sit in one place. There is also the fact that they are not only clearing euro trades, but they are also clearing 17 other currencies including US dollars. There is innovation at central counterparties (CCP)’s. There are operational and cost efficiencies. There is a global pool of liquidity. Innovations that developed efficient tools that enabled companies to manage their risks in a way that actually promotes financial stability.

Q: Obviously things have changed politically and will continue to change over the next few months. The EU parliament recently voted to give ESMA increased powers to determine where euro clearing should be located when Brexit takes place. How likely do you think it is at this stage that Euro clearing will be relocated?

A: This is a highly political topic. I think trust, or the lack of trust is part of it, which is highly Brexit related. The European Commission and Parliament emphasize that relocation is a last resort. Of course, not all entities or member states would agree that a forced relocation is a measure of last resort in their negotiation positions. It is likely, in our view, that the location element stays in the legislative text after the trilogue, which is the process where the European Parliament and Council at the second co-legislator will find the agreement on the final legislation.

The European Parliament came to the position that any relocation must be made on proportional rules and evidence-based decisions, so that’s what Danuta Huebner, the rapporteur on the file was working towards.

“The European Parliament came to the position that any relocation must be made on proportional rules and evidence-based decisions, so that’s what’s Danuta Huebner, the rapporteur on the file was working towards.”

The European Parliament text requires an impact assessment—this is a key element and our members appreciate that this factored into the compromise position at the European Parliament. We are still waiting for the Council’s general approach to be agreed, which paves the way for the trilogue, so we have to wait and see when this is happening—discussions are still ongoing.

FIA appreciates that EU authorities have legitimate concerns around financial stability and those concerns need to be addressed. There is also the issue that makes this file so political: fears in Europe that the UK will diverge from EMIR and they want to have a tool to deal with that, so that’s why there is a location element.

FIA supports the recognition of third country CCP’s relying on ESMA as a key point of access and provisions at Level 1. That should enable EU authorities and third countries to develop corporation equivalents and mutual recognition in flexible ways over time. We can also observe in discussions that EU authorities involved with the Bank of England think they do a great job on supervision.

Our position remains that it should be the market that decides where markets move to and where liquidity should move to. It should not be forced and should be based on market-led solutions—that is the ideal situation. Uncertainty remains, but personally I’m fairly optimistic that such tools will not be used, but it remains a feature of the text.

Q: What would the economic impact be for the industry of relocating euro clearing to mainland Europe?

A: FIA recently published a white paper on the potential impact of a no-deal Brexit on the cleared derivatives industry. It went deeper than just euro clearing, looking at the various impacts of a no deal scenario. But fundamentally, it determined that a relocation policy would be harmful to all stakeholders by increasing costs, and there is also potential that markets would destabilize. I think it’s fair to say that everyone, including the European Commission if we look at their impact assessment, agrees that forced relocation would fragment liquidity and raise the costs for end users. This especially for EU27 end users that use the relevant CCPs to manage their risk through derivatives cleared at such a CCP.

I think it’s fair to say that everyone, including the European Commission if we look at their impact assessment, agrees that forced relocation would fragment liquidity and raise the costs for end users. This especially for EU27 end users that use the relevant CCPs to manage their risk through derivatives cleared at such a CCP.

We have outlined in various position papers in the past that forced relocation of euro denominated cleared derivatives would be a disruptive and expensive approach to overseeing third countries CCPs, and EU end users would likely suffer a significant increase in cost and a loss of liquidity as a result of any forced relocation. Those players will also end up accessing a smaller part of the bifurcated euro denominated derivatives market.

In addition, there would be fragmentation between euro denominated derivatives cleared in the EU and non-euro denominated derivatives, which are likely to continue to be cleared outside the EU. This fragmentation of the market would have an adverse effect on systemic risk, by negatively impacting a few CCP’s abilities to successfully port or auction lined positions of a defaulting clearing member or by refusing access to alternative locations for clearing, so risk protection mechanisms and product would be made more expensive. This is also a challenge for supervisors.

Another major issue is the need to repaper. Some of our members have hundreds and thousands of clients, for which time is a problem. It takes a significant amount of time for firms to make those changes, and there is operational complexity attached to it. Contracts are usually entered into for longer periods of time. There are also various challenges associated with moving legacy contracts.

Q: How do you see this playing out? Are you optimistic that a reasonable settlement can be reached?

A: I’m personally quite hopeful that we will arrive at an acceptable place. There is political uncertainty and a lack of clear information, but hopefully with time there will be more clarity. It seems that the financial services industry is more confident that Brexit negotiations between the UK and the rest of the bloc will lead to an orderly divorce, but questions remain on time.