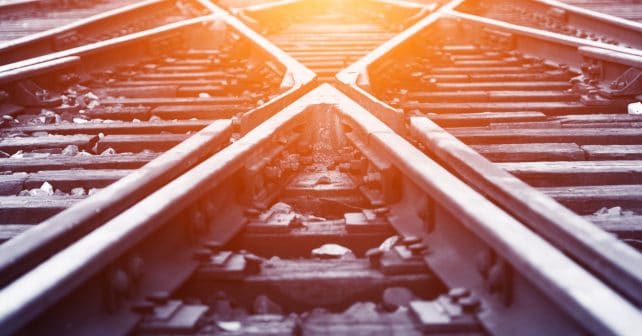 There is still much uncertainty around Britain’s imminent withdrawal from the European Union and what form it will take, what sort of transition deal will be reached, and most importantly for derivatives professionals, where euro clearing will take place. In a Q&A, Christian Lee and Nadine Jatto of financial markets consultancy Catalyst, talk about how firms are preparing for Brexit—and especially the possibility of a no-deal Brexit.

Q: How are firms preparing for Brexit, be it with or without a deal to access the EU’s single market?

Christian Lee: Now we are in 2018, we are seeing firms’ plans being executed. The assumptions that were being made about a possible harder Brexit have indeed manifested pretty much consistently across most of the clients we see. The major banks and institutions are working on the basis that they need to cater for the possibility of it being sudden, with a fairly minimal transition period, and as a consequence, we are now seeing these plans being executed. It is less than 15 months until the March 19 deadline, and there is a lot of activity going on. The “phony war” is over, MiFID II is out of the way, and the project teams are being mobilised, and working very actively in many of our clients and people that we are speaking to.

Nadine Jatto: At Catalyst, we assist in the planning, design, and execution of migrating a client’s global markets business between legal entities as part of a regulatory-driven legal entity restructuring program. With Brexit, part of that change has been accelerated by the PRA’s July requirement for UK institutions to have Brexit contingency plans. What we’re hearing is around 40 to 50 banks have discussed Brexit relocation plans with the EU. We understand around 40 to 50 banks have discussed Brexit business relocation plans with UK authorities, which is to be expected. It makes sense to have a discussion with the regulator if you intend on moving to their jurisdiction.

We understand that the ECB has received around 20 license applications that are currently in some form of assessment, but nothing has been formally signed. What is actually happening is that banks have made comprehensive applications that we can turn into formal ones very quickly, and that is the rhetoric that we’re seeing from clients. It seems to be as fast as you can but as late as possible, given the uncertainty around equivalence and possible transitional arrangements.

Q: Is there anything else about the uncertainty and how that’s affecting plans?

Lee: Part of the issue is the extent of the relocation that needs to take place, which is up for negotiation, depending on the institution. For example, how much of the support activity can still be retained, for the sake of argument, in the UK? We get the message from foreign regulators that they don’t want just a token presence in their local environment. It needs to be a meaningful business, but it is the extent of that which is currently being negotiated, and plans are being made for the different scenarios, depending on the outcome of those negotiations.

Q: What are the implications for CCP specifically when it comes to a potential hard Brexit, and what contingency plans are being in place as far as you can see?

However, the debate has centred on the political desire for some of the European centres to be able to claim euro clearing locally, and it is still quite possible that elements of euro clearing will take place in continental Europe. As far as contingency plans, we know that, for example, Eurex have new arrangements and incentives in place to increase their OTC business, which would of course be out of Frankfurt. We haven’t heard of any specific plans for LCH, for example, to move the swaps business into Clearnet, for example. There’s been some talk about euro repos being centred in Frankfurt. That seems to be a negotiating chip for LCH, to say they are happy for euro repo clearing to be based out of France, but looking to retain euro swap clearing in London.

Our clients are obviously looking at what that might mean, and whether they need to either dust off their Eurex memberships, or indeed start putting new business into these solutions that will be based wherever the clearing ends up. As with all things, market participants are not keen to bifurcate their books. The costs of that would ultimately be passed down to the end user, so the economic case is quite clear—it’s preferable for as much of a firm’s clearing activity to be centred in one location, However, political considerations could trump these economic and market forces.

Jatto: The idea that positions could be simply moved over to EU CCPs is impractical, but in the event that the EU does deny the recognition of UK CCPs, there will be serious impacts to market risk, operational challenges, and we could see liquidity drying up. There’s absolutely no market benefit, and the transfer of legacy portfolios from UK CCPs that are not recognized to EU CCPs will make the whole business much more expensive, due to the extra collateral banks would have to hold, and less efficient due to the replication and duplication of systems and data.

Q: Are firms preparing for this potential transfer, or will they wait and see what happens?

Jatto: At the moment, firms are actually waiting. The EMIR proposals are very much in their infancy. The Parliament came out with their report at the end of January, and we expect another six months of deliberation, in which we’ll see amendments to the original Commission proposals. The Commission proposals didn’t amount to an outright mandate for euro-denominated clearing to be repatriated to the EU. However, it did give the ECB quite a lot of discretion in that recognition process. With that report and any amendments to it, we’ll see more granularity about that process of granting recognition. That would include, probably, a cost-benefit analysis, the impact on market stability, etc. I think the detail is still coming.

Lee: I agree there’s been no specific plans to relocate books. What has happened, though, is that a number of banks are modelling what it would look like to strip out the euro books from their existing portfolios: the size of margins, impact on collateral etc. These are desktop exercises that are taking place, but firms are obviously preparing as to what that would look like with respect to physical margin collateral rather than considering the detailed operational aspects per se.