European Repo—A Snapshot of the Market and Outlook for 2018 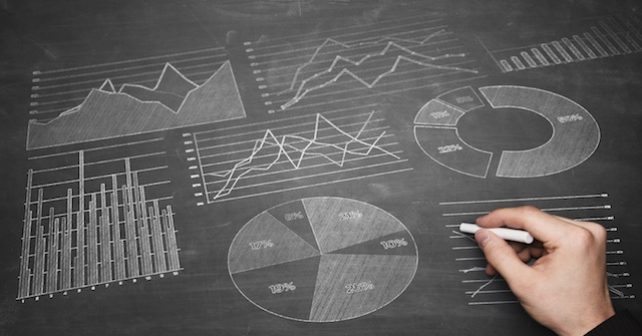 The International Capital Markets Association (ICMA) has published the results of its most recent survey of the European repo market, and the findings suggest the market is recovering from the liquidity crunch it experienced late last year. In a Q&A, Richard Comotto, advisor to ICMA and Senior Visiting Fellow at the ICMA Centre at Reading University, discusses the highlights of the survey and what they mean for the European repo market in 2018.

A: I think we have to assume it is. The survey showed the expansion in repo books was quite broad and the large majority of participants were increasing the size of their repo books. Given the breadth of that expansion, it does suggest that there is a powerful driver behind the market.

There are always seasonal influences at the end of the year—a reduction in people’s books for reporting purposes, for example—so it’s difficult to say with certainty if it’s a major trend. There was an unusual amount of disruption in the market at the end of 2016, and a partial repeat at the end March, so we would have expected at least a rebound.

From anecdotal evidence, it looks as though the recovery is continuing over the second half of 2017, but of course we don’t know what’s really going to happen at the end of this year.

A number of regulatory initiatives will go into effect in 2018—how much people have anticipated those new regulations, and how much that’s built in to the market already is difficult to say. But the evidence we have suggests a broad-based recovery so far.

Q: Can you elaborate a little bit in terms of what you think the market should be doing in terms of bracing itself for a potential liquidity crunch at the end of this year?

A: This is the $64,000 question. Some of the factors behind the liquidity crunch in 2016 are absent—for example, at the moment it doesn’t appear that we’re going to have the same yen basis driver that we had at the end of 2016.

It is also possible that people have learned from experience and are better prepared. Last year we saw a lot of firms getting business done from September/October in anticipation of the end of the year—they will be even more careful about approaching this year-end with business still needing to be done.

However, a lot of firms have business they simply can’t do in advance. Money market mutual funds, for example, have very short-term horizons. In many cases, people don’t know what they need until they get to the very end of the year.

As to the implementation of further regulations in 2018, one would expect preparations to be very advanced, but there is a lot of regulation, and a lot of uncertainty about the detail, which means there will likely be some disruption. I would be surprised if it was as bad as at the end of 2016, but one can’t rule that out.

Q: Looking at the other findings from the survey, where any of the findings a surprise to you?

A: The most surprising fact was the decline in tri-party repo, which had one of the smallest market shares since ICMA started doing the survey. That is not consistent with anecdotal evidence over the last couple of years of more people coming into the market—non-bank financials coming into repo and using tri-party repo as a route in. It may be that the survey’s perception of tri-party is distorted because it essentially focuses on banks, and it may be that non-bank financials don’t entirely appear on our radar screen. But it’s still quite unusual given the size of the reduction in tri-party.

Some have suggested that it is just a reflection of the amount of liquidity in the system—particularly central bank liquidity as a result of quantitative easing (QE)—and that there is so much money around that there is far less need for GC financing through the tri-party repo market. It’s certainly true we’ve seen a decline in things like Eurex’s Euro GC Pooling, which is a part of the tri-party repo market, but now it appears to be having an effect on tri-party repo more generally. In contrast, tri-party securities lending, appears to be doing very well.

The ICMA survey measures outstandings on a particular date, so a snapshot of the market of positions that exist at the end of business on the survey day. It does not measure turnover, or the full flow business over a period of time. However, with that in mind, there is a clear migration towards more direct business, probably with customers, away from interdealer electronic trading and away from CCP clearing, which is also interdealer. People are clearly concentrating their balance sheets where they make the most revenue, and moving away from relatively low-margin interdealer business. That also appears to be a driver of the expansion of the market in the first half of this year. That focus on customer franchise is clearly an important structural trend.

“People are clearly concentrating their balance sheets where they make the most revenue, and moving away from relatively low-margin interdealer business. That also appears to be a driver of the expansion of the market in the first half of this year. That focus on customer franchise is clearly an important structural trend.”

There is also evidence of hub-and-spoke structure of the market, where a lot of the collateral comes from the core investment banks, who are essentially London based. Cross-border business in and out of the Euro zone is evidence of that structure, which obviously raises some interesting questions about how the market will re-adjust post Brexit, given the structural form it appears to be taking at the moment.

Q: One of the survey findings relates to the demand for high quality liquid assets (HQLAs), which are unsurprisingly in high demand, given the rise in margin requirements as a result of new regulation. How will the repo market evolve given this demand is set to continue?

A: In our previous survey in December 2016, we saw a big jump in maturities of one to three months, and that is generally interpreted as demand for HQLAs that people borrow for that sort of period in order to meet their Liquidity Coverage Ratio (LCR) requirements where they are doing business up to 30 days.

The increased volume of initial margin and variation margin that’s been reported by various bodies is obviously having an impact on repo, but the effect has not been as large as might have been expected because people are being more efficient in the management of their margin requirements. But these volumes will certainly continue to grow and have an impact on both sides of the business—cash and collateral.

Q: Finally, what do you expect to be the biggest influencer of the repo market in 2018?

A: Regulation will inevitably dominate the agenda for the repo market. There is speculation that there might be some recalibration of regulations like the Net Stable Funding Ratio (NSFR), and possibly the Central Securities Depository Regulation (CSDR). The suggestion is, for example, that the mandatory buy-in requirement under CSDR, which has been delayed in effect for two years, may actually be removed before it is scheduled to come into force. If the regulation in its current form goes ahead, it will have a very important impact on the market. People have only started to think about NSFR in the last year or so—if that is recalibrated that may moderate the effect.

Also in the background, we have the Securities Financing Transaction Regulation (SFTR), which requires reporting business in detail to a trade repository. Given the market’s experience with the European Markets Infrastructure Regulation (EMIR), problems in the way SFTR has been drafted, the sheer volume of information that has to be reported, and the accuracy that is required, SFTR will likely be a drag on the market for the next year or so, with firms switching a lot of resources to deal with that.

Regulation, inevitably in one form or another, will be top of the list of things influencing the way the market goes. Volumes appear to be on an up curve at the moment, so people are clearly becoming comfortable with the regulation that’s already been imposed. They are adjusting to it and are now anticipating the next wave.

Next on the list must be Brexit, given the role that London plays in the repo market, and the location of repo clearing in London. As talks progress, it may temporarily become the most significant influence on the repo market in the coming year.

He is Director of the ICMA semi-annual survey of the European repo market and adviser to the ICMA’s European Repo and Collateral Council (ERCC). He has served for 10 years in the Bank of England and International Monetary Fund.