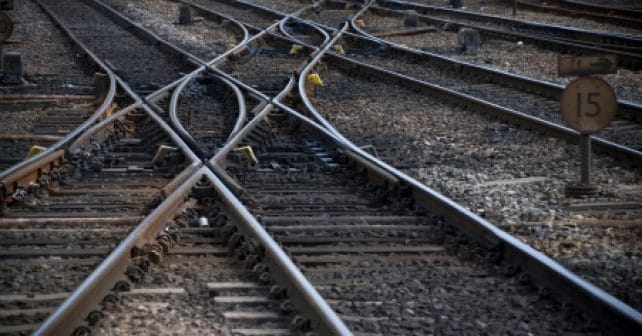 Inconsistencies in regulatory requirements, company practices, data formats and identifiers have made preparing for the new trade reporting requirements under post-financial crisis legislation (the US Dodd Frank Act (DFA) and the European Market Infrastructure Regulation (EMIR)) fraught with challenges. In a recent DerivSource webinar, panellists from Aite Group, BlackRock, Capital Edge Consultancy and Sapient Global Markets discussed the various challenges financial institutions across the buy and the sell side face, as they prepare for the new trade reporting rules.

One of the biggest problems firms face is caused by the lack of consistency around requirements. Global financial institutions have to report derivatives trades to a multitude of regulators and jurisdictions, and none has exactly the same requirements in terms of what they want reported, and how they want it reported. There is no one-size-fits-all approach. Even within national borders, it is not straightforward. In the US, for example, firms must report securities-based swaps to the Securities Exchange Commission (SEC), but all other swaps to the Commodities Futures Trading Commission (CFTC). “It’s not as simple as following one rule book, unfortunately,” says Virginie O’Shea, research director at Aite Group.

Not all regulators and jurisdictions require data to be uploaded in the same manner. And when it comes to reporting trades to a central repository, the procedure varies from regulator to regulator and from country to country. In many cases, it is a central bank. But Argentina has seven different potential repositories, while Canada has none—Canadian derivatives traders must report trades to US-based repositories.

Adding to this complexity is the fact that requirements are constantly evolving. The European Securities and Markets Authority (ESMA) has issued 16 updates to its EMIR Questions and Answers (Q&A) since the rules came into force in 2014. The Markets in Financial Instruments Directive (MiFID) II and the Markets in Financial Instruments Regulation (MiFIR), set to come into force in 2018, will intensify the reporting burden further still. Firms need to be able to track all the different requirements they are subject to, on an on-going basis, and be able to provide all the information required of them, in the format required—a monumental task.

Registered attendees to the DerivSource Trade Reporting webcast (watch here) were split in terms of how ready their firms were for these challenges. Thirty-four percent said their firms had a clear strategy for tackling the data needed to meet various regulatory reporting requirements in the next year, while 14% said they did not, and 52% said it was in progress.

Under EMIR, both counterparties to a transaction have to report information—a rule that has received significant pushback from the industry, and has been troubled by reconciliations problems. In some cases, it has led to the double counting of trades. In 2014, when EMIR came into force, there were 5.5 million extra transactions reported by trade repositories that needed to be reconciled, mostly as a result of incorrect or incomplete fields, and inconsistent data formatting. Unless both parties report exactly the same information, it becomes difficult or impossible to reconcile trades. The buy-side—in particular smaller firms and non-financial corporates that use derivatives for hedging—has been especially impacted by the move from single to double-sided reporting.

While there is overlap across different reporting requirements, any large—or even small—variations can make a difficult task much more challenging. “For example, the definition of integral accounts can be based on the domicile of the funds, location of the investment advisor, or now, with the implementation of a nexus provision, the location of the person trading,” says Michael Mahoney, director at BlackRock.

“Booking and reporting methodologies can vary from broker to broker, meaning buy sides need to build very flexible reconciliations to effectively match one line to one line, one line to many, or many to many,” Mahoney says.

The list of integral products can vary as well, which brings about another set of obstacles, in terms of building out reporting functionality, the controls a firm puts in place, and the reconciliations process. “Booking and reporting methodologies can vary from broker to broker, meaning buy sides need to build very flexible reconciliations to effectively match one line to one line, one line to many, or many to many,” Mahoney says.

Text strings cause problems, as they need to be broken up to represent multiple lines instead of one, in order to be interpreted. ‘Free format text’ will usually lead to a break in reconciliations, as it is dependent on both parties selecting the same preformat in order to match.

The widespread use of Excel spreadsheets poses another challenge. While their flexibility, and the potential for automation that they offer, make them extremely useful tools for the finance industry, they are not designed to handle the massive amounts of data involved in the regulatory reporting space. Firms could either consider sourcing data directly from the repository’s database, or consider building an internal database to store and access the information necessary to ensure compliance—although these solutions come with their own set of challenges, Mahoney says.

A lack of standard identifiers often leads to reporting inconsistencies. For example, firms can report the underlying asset in a derivative as an ISIN, a SEDOL or a UPI, or a Reuters Identification Code (RIC) to name a few. “What that means from a reconciliation construction standpoint, is that in order to reconcile that one field, firms now need to source all the possible identification codes for a given security, which obviously adds a lot of complexity to the process,” says Mahoney.

“Rather than building a CFTC report or EMIR specific reports of trades, we standardise all the trades in FpML first, and then do a transform to any of the regulators. That has made preparing for MiFIR and HKMA easier, rather than starting from scratch each time a new regulator comes onboard” says Robert van Doorn, partner at Capital-Edge.

Too much optionality has led to inconsistencies with regards to data formatting as well. Under the DFA, some fields were mandatory and some were optional. With different firms reporting different amounts of optional data, upstream systems reconciliations became more difficult. As a result of this, it is becoming a best practice in the industry to collect as many data attributes as possible, and normalise these in a central database, which can feed the upstream reporting systems according to each regulator’s specific requirements. “Regulatory bodies want to see evidence that you’ve captured all that data and you have good control and governance,” says Jim Bennett, managing director, Sapient Global Markets.

Moving as many trades and attributes into a normalised format, such as FpML, early on means firms can report whatever they need, even as requirements change. “Rather than building a CFTC report or EMIR  specific reports of trades, we standardise all the trades in FpML first, and then do a transform to any of the regulators. That has made preparing for MiFIR and HKMA easier, rather than starting from scratch each time a new regulator comes onboard,” says Robert van Doorn, partner at Capital-Edge.

However, despite the advantages such a central data repository offers, the initial investment required can be prohibitive to many firms in this budget-constrained environment.

“There has been a lot of effort by the industry to seek agreement as to what are the core set of attributes that should—or could—be used to represent a trade across these different asset classes,” says Paul Gibson, business consultant at Sapient Global Markets.

Harmonisation needed, but far off

A major step towards reducing these challenges would be the harmonisation of standards and best practices across the industry. With massive regulatory change, the devil is in the detail. “There has been a lot of effort by the industry to seek agreement as to what are the core set of attributes that should—or could—be used to represent a trade across these different asset classes,” says Paul Gibson, business consultant at Sapient Global Markets. Increased collaboration within the industry is helping create some common reference tools.

However, industry bodies, trade repositories and regulators currently remain a long way off from agreement as to the standards to be used going forward. And with all eyes on the coming launch of MiFID II and MiFIR, it may be a long time before harmonisation is achieved. In the meantime, firms can focus on centralisation, and improving their internal data models, to capture—and clean—as much data as possible.

* For more on this topic, check out the other posts in our Trade Reporting series (see below) or watch the on demand webinar on Regulatory Trade Reporting – Major Data Issues Persist, and More on the Way!