Dealing with Unknowns – Advice for Preparing for Regulation Despite Delays 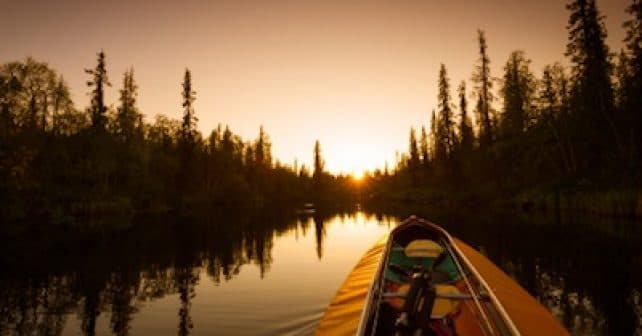 Delays to EMIR have exacerbated the disjoint between US and EU regulations for the CCP clearing of OTC derivatives, and left firms uncertain what they need to do to ensure compliance. However, buy-side and sell-side firms cannot afford to sit on their laurels waiting for the new rules to be finalised.

In a recent DerivSource webinar, panelists from Citi, Insight Investment, Omgeo and PwC weighed in on the subject of cohesive collateral management and how market participants can prepare for the new rules in the midst of on-going regulatory uncertainty.

“Focus your efforts on what you do know. Doing nothing is the worst option of all—if you are doing nothing, you are going to get very badly caught out.”

Preparing for cohesive collateral management when the rules are not yet finalised is a challenge for everybody. But there are certain things that are definitely going to happen. For example, we knew a long time ago that central clearing was a done deal. We focused our efforts on building the operational framework, and at the same time we engaged with the regulators and market participants to create a more client-friendly infrastructure.  This engagement is ongoing.

We have focused on two areas:

“Unless these cross-border differences are harmonised, we are facing potentially having regulations from more than one jurisdiction apply to a given collateral agreement.”

The biggest area of regulatory uncertainty is the lack of international harmonisation and the differences in regulations we see today. Unless these cross-border differences are harmonised, we are facing potentially having regulations from more than one jurisdiction apply to a given collateral agreement. That is going to be a major challenge because it would require maintaining multiple sets of rules and terms within an agreement, and assigning them at a granular level to the applicable counterparty. This would add complexity to the agreements, and also to margin operations and technology solutions that support them.

The regulators indicated that they are trying to coordinate the rules. But in case some non-cleared derivatives margining rules are not identical, the International Swaps and Derivatives Association (ISDA) and Securities Industry and Financial Markets Association (SIFMA) have each proposed practical solutions in their comment letters.

Despite the areas of uncertainty, there are a lot of givens. For example, the currency silos and how that’s going to increase the number of margin calls —or the types of eligible collateral for initial and variation margin.

The extension of the deadlines will allow firms to make progress on those known parts, and on consolidating their collateral silos, while we are waiting for some of the other rules to be finalised. There is enough to do so that firms should be able to make progress today, while waiting for the regulations to be harmonised.

“Focus on the –tions: Segregation, documentation, automation, transformation, optimization—in all its forms, not just collateral—and mobilization.”

There are a lot of unknowns—but a lot is known. The final rules will probably deviate from the framework, but in large part a lot of it will be the same.

ISDA has released a Minimum Considerations document about uncleared margining rules—and it’s pretty comprehensive. Irrespective of where you sit on the Street, and where you are in the so-called “capability maturity model”, that document is going to give you a lot of guidance on where to go, how you need to respond and what should be in place both for now and how the rules are going to shake out.

While there is a lot of uncertainty, there are a lot of things that can be done now and firms can’t afford to use this delay to lay back and wait. They need to be doing some things now, and then as the final rules hit in the fall, they will be in a good place and be able to figure out the delta between the framework and the rules, and just do things by exception.

Advice to industry participants: Focus on the –tions: Segregation, documentation, automation, transformation, optimization—in all its forms, not just collateral—and mobilization.

* To listen to the On Demand webinar please go to:  https://goto.webcasts.com/starthere.jsp?ei=1061772